Sacha Fenestraz was hastily dropped from the Renault junior programme two years ago, but so impressive was the Frenchman on the Japanese racing ladder in 2019 that he earned himself another factory contract.

Fenestraz became hot property on the junior single-seater scene after his Formula Renault Eurocup title success in 2017. So when Renault decided to drop the Frenchman from its driver development programme after a somewhat underwhelming campaign in European F3 the following year, it came as a surprise to many.

Fenestraz was hit hard by the loss of manufacturer backing and no longer had the funds to compete in Europe for another season. The situation had reached the point that he even contemplated quitting racing altogether.

It was at this moment he decided to forge an alternative career path in the Far East, joining the All-Japan F3 series with the new B-Max-Motopark partnership.

It was a bold decision to make and one that could have easily backfired, as it has done for a number of European talents with similar pedigree. But with the benefit of hindsight, it is safe to say it was a masterstroke.

Fenestraz thrived in All-Japan F3 amid stiff competition from TOM’S rival Ritomo Miyata, wrapping up the title with a round to spare.

He further underlined his calibre by embarking on his first campaign in sportscars alongside that, scoring several podiums in SUPER GT’s GT300 class with Kondo Racing.

Unsurprisingly, Fenestraz’s pace in both series was noticed by Toyota, which fended off competition for his signature from Nissan by placing him in a dual campaign in both Super Formula and SUPER GT’s top-tier GT500 category.

In fact, Toyota was so convinced by the Frenchman that it opted to placed him in its flagship TOM’S team to spearhead its return to the GT500 class with the Supra.

The signing certainly spelled a vote of confidence in a driver whose talent was perhaps dismissed too soon by his previous employer.

“My target, my goal was to step up to Super Formula and GT500,” Fenestraz told Motorsport.com. “But I never thought it was going to come that quick!

“Of course [I'm] very happy, feeling more than happy. It’s a dream come true really, so really looking forward to it. For this amazing opportunity that Toyota is giving me of being a professional driver - one of my dreams.

“For Toyota to put me straight away into the number one car, in my opinion is something incredible, it’s unbelievable. I would have never thought that in the beginning of last year if you had told me this.

“It’s nice to work with of course the best team and as well as one of the best Japanese drivers, Yuhi [Sekiguchi], as a teammate as well.“ 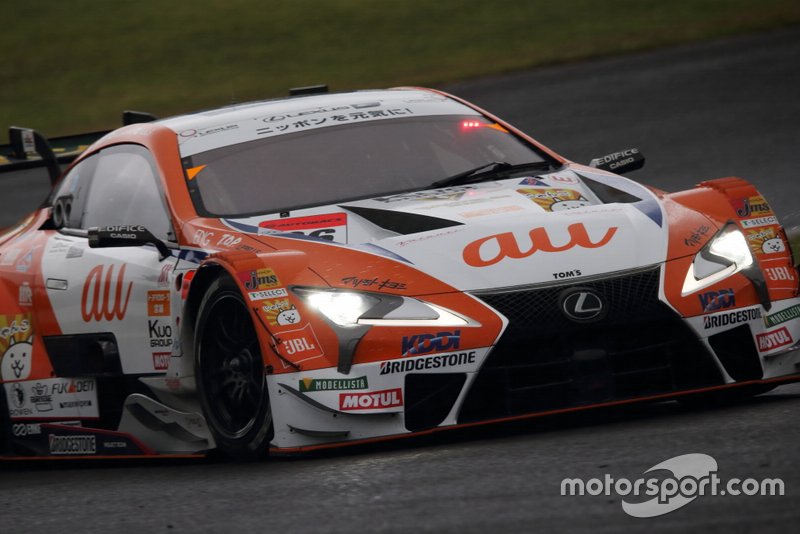 He will no doubt take encouragement from the performances of recent ‘gaijin’ rookies in Super Formula, not least his former European F3 rival Alex Palou, who earned a berth in the NTT IndyCar Series with Dale Coyne Racing off the back of his achievements last year.

“Just speaking about Super Formula puts a smile on my face!” said Fenestraz, who got his first taste of the SF19 during last December's rookie test at Suzuka.

“It’s such an incredible car really. It’s the closest car to F1. In Suzuka, on race pace, we are only like maybe three seconds slower or something like that. It’s very quick.

“Of course what Alex did last year was very incredible. So [it] would be good to try to match him, but at the moment I’m just focussed on trying to learn the car as quickly as possible and be at the level of my teammate.” 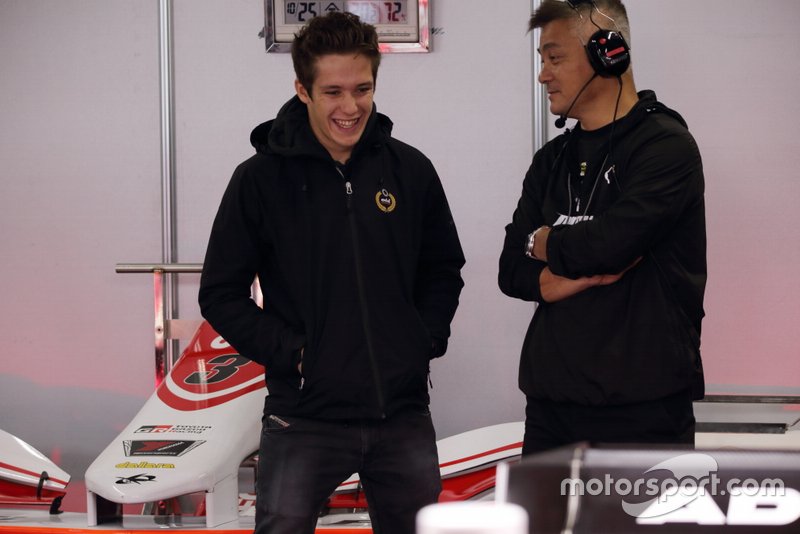 Fenestraz has good reason to want to compare well with his teammate, for he has been paired with Toyota-backed youngster Kenta Yamashita in Super Formula.

Yamashita has been tipped for a hypercar FIA World Endurance Championship seat with Toyota after a breakthrough 2019 season during which he claimed the SUPER GT title and a maiden race win in Super Formula.

Showing well against Yamashita in Super Formula, therefore, would surely make Toyota's top brass sit and up and take notice even more than they have already have.

“I don’t have any goal in terms of positions, as I don’t know where the team is compared to the others,” Fenestraz said. “But to be as quick as my teammate, as quickly as possible to be at the level of them or even faster, that’s my main target at the moment.

"I think both drivers I have as teammates GT and Super Formula [are] some of the best drivers in Japan, with Kenta and Yuhi. It’s going to be very interesting.

"I have a lot to learn from him [Yamashita]. I already learnt quite a bit in Suzuka, so I'm excited to get started with him and try to battle a little bit to compare myself with him.”

It’s not uncommon for international drivers to make Japan their home, as paid contracts to race in Super Formula and SUPER GT are far more appealing to some than burning money trying to ascend Europe's infamously pricey single-seater ladder.

Four-time GT500 champion Ronnie Quintarelli is a prime example of a driver that followed such a path, while readers will also no doubt be familiar with the lengthy stint triple Le Mans 24 Hours winner Andre Lotterer enjoyed in Japan.

Fenestraz insists he’s happy with racing in Japan right now, but doesn’t rule out returning to Europe in the future. The F1 dream is very much alive for the 20-year-old, especially if he repeats his Japanese F3 heroics on a bigger stage this year.

“I don’t think it’s closed,” Fenestraz said. “I knew that going to Japan has pushed me a little bit away from the F1 route. But we know that in Super Formula there have been some drivers that went to F1 after that. So we never know.

“If I have a very good year and everything goes good, we never know to go back to the route of F1. But first I need to make the results happen and so on. It’s never closed, the F1 chance.

“But let’s see what we can do this year and then we’ll move on but as I said I’m very happy so far in Japan as well.” 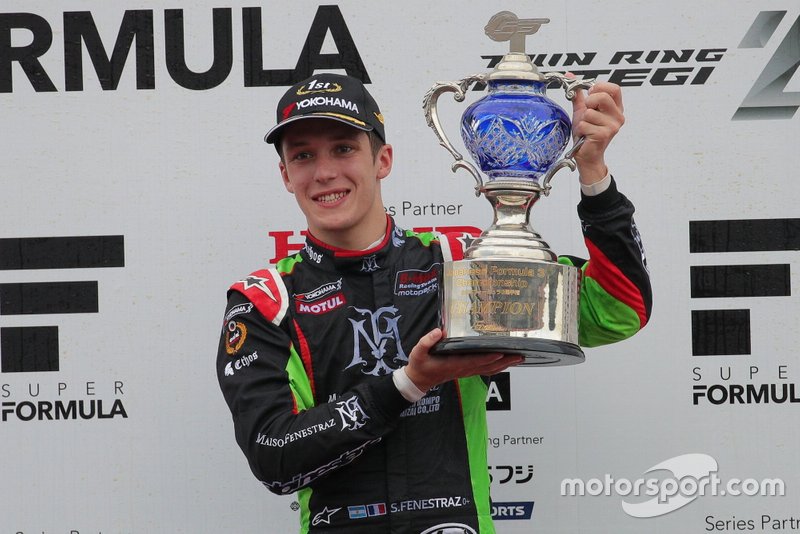 Fenestraz "starting from blank paper" with move to Formula E