Toyota driver Heikki Kovalainen admits he faces a “tricky situation” being able to get into Japan in time for the start of the new SUPER GT season.

The ex-Renault and McLaren Formula 1 racer is one of a handful of non-Japanese SUPER GT drivers who are not currently permitted to enter the country because of the restrictions imposed in the wake of the global coronavirus pandemic.

Currently, foreigners arriving from 111 different countries or regions, including all of Europe, or who have been in any of those areas in the last two weeks, are being refused entry into Japan.

Speaking to Motorsport.com from his base in Finland, Kovalainen said he was simply waiting to hear more from either his SARD team or from the authorities as the situation evolves, and that he is on stand-by to travel to Japan as soon as he gets the go-ahead.

He admitted it was unlikely he would be present for the pre-season test at Fuji on June 27-28, but remains hopeful of being present for the opener at the same track on July 18-19.

“It’s a tricky situation,” Kovalainen said. “As things stand, with all the travel restrictions, it’s not possible for me to enter Japan. We are waiting and seeing how the situation evolves.

“For July, there are no promises yet, but there’s hope that the travel restrictions might be eased. There’s still a chance to take part in the first race. But the test this month is a question mark at the moment.

"I am on standby all the time. If I get a green light from the embassy or from the team, if they’ve found a way, I am able to leave immediately to be able to get there.

“It’s a strange situation. I’m hopeful there will be a solution so I can be at the first race, if not the test, and then once I’m in Japan I would be planning to stay until the autumn.”

Kovalainen took part in the Okayama pre-season test in March, sharing SARD's all-new Toyota GR Supra with regular teammate Yuichi Nakayama, but said he subsequently changed his plans to ride out the pandemic in Japan. 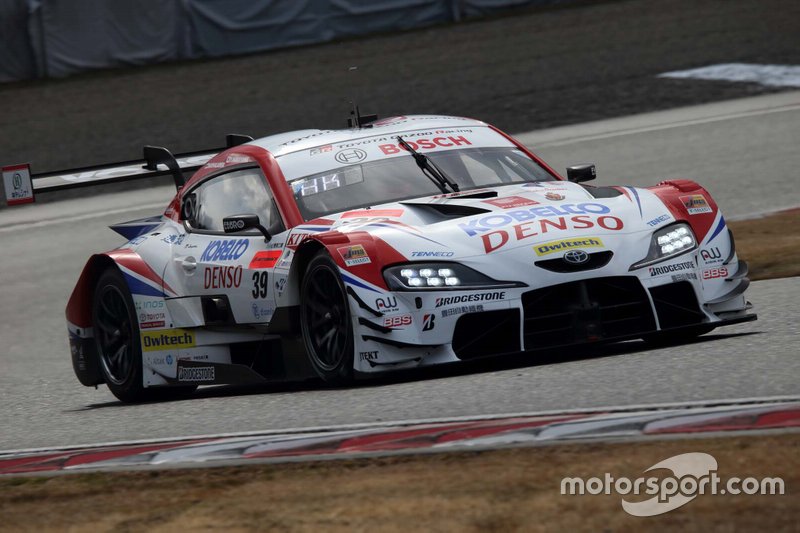 “Until the end of March, I was already in Japan preparing for the season, and my plan was to stay in Japan through the pandemic,” the Finn said. “But I was actually advised by both the Japanese and Finnish governments to return home and not stay there.

“That was the reason I left. It would have been a lot easier to stay in Japan, but at that point I just followed the government advice.”

Kovalainen is one of two GT500 drivers not currently residing within Japan. The other is Real Racing Honda driver Bertrand Baguette, who is at his home in Belgium.

"I’m obviously trying to get back to Japan in time for the test," Baguette told Motorsport.com. "It’s not easy because the borders are closed, I'm just working on this with Honda to find a solution. Let’s see what happens, but it’s a tricky situation."

Both SARD and Real Racing declined comment when approached by Motorsport.com, while a spokesperson from series organiser GTA confirmed it had submitted a request to Japan's Ministry of Justice about securing an exemption to the current entry restrictions.

Because all arrivals into Japan, including Japanese nationals, are required to serve a 14-day quarantine, in theory the latest Kovalainen and Baguette could theoretically arrive in the country and still be able to take part in the Fuji opener is July 4.

It’s not yet clear who would replace the pair if they are unable to make it, although both Toyota and Honda have many factory-contracted drivers in Japan they could call upon.

The remaining four foreign GT500 drivers, Ronnie Quintarelli (NISMO), Jann Mardenborough (Impul), Nick Cassidy and Sacha Fenestraz (both TOM’S) are all based in Japan and are therefore not affected by the entry restrictions.

In Japan’s other top category, Super Formula, Juri Vips, Tatiana Calderon and Charles Milesi are the drivers who are not currently in Japan. However, with the season not set to start until the end of August, there is more hope that travel restrictions could be eased by then.

More from
Heikki Kovalainen
Other rally