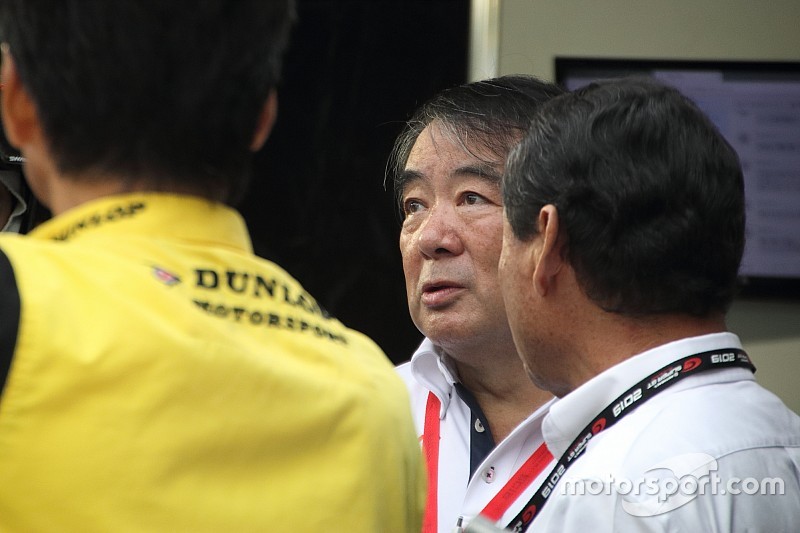 Hamashima led Bridgestone’s F1 programme until it quit the championship at the end of 2010, before serving as Ferrari’s director of tyre development between 2012-14.

He returned to Japan in 2016 as team principal for Inging, working on both the squad's Super Formula and SUPER GT operations. During his tenure, Inging won back-to-back teams’ titles in Super Formula, and Hiroaki Ishiura beat Pierre Gasly to the 2017 drivers’ crown.

Hamashima left Inging at the end of 2018 but will return to SUPER GT with immediate effect, joining Satoru Nakajima’s eponymous outfit.

Hamashima’s appointment is expected to bolster the tyre development work of Nakajima Racing, which is the only GT500 team on the grid to run Dunlop tyres.

The majority of the teams in SUPER GT's top category run on Bridgestone rubber, while there are numerous Michelin and Yokohama-shod entries on the grid.

The 68-year-old will work for Nakajima Racing only in SUPER GT this season, but the team plans to expand his role to Super Formula in 2020.

Hamashima had already begun working with the former Suzuka 1000km-winning team, and he was present at the Sugo in-season test last weekend, although he is not expected to attend every race this season.