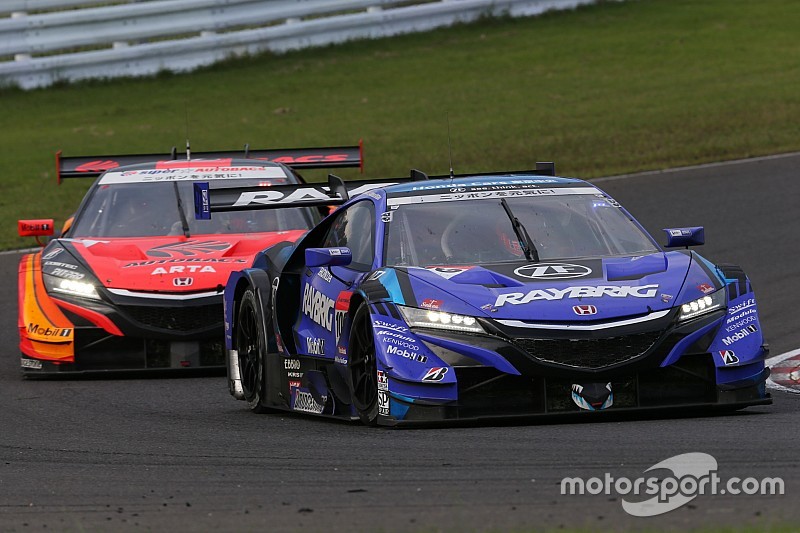 Honda will field a largely unchanged driver line-up in Super GT this season as it aims to defend the 2018 title it won with Naoki Yamamoto and Jenson Button.

The only changes are made to Real Racing and Nakajima Racing, while the rest of the teams will run the same drivers as last year.

Out of the two, Nakajima Racing will field an all-new line-up in 2019 after signing Formula 2 race winner Tadasuke Makino and former Formula 1 driver Narain Karthikeyan.

Makino will undergo a dual racing programme in Super Formula and Super GT in 2019 after ending his European stint, while Karthikeyan switches to Super GT after racing with Nakajima in Super Formula for the last two years.

Elsewhere, Button and Yamamoto will stay with Team Kunimitsu in 2019 after their previous year’s success, while ARTA will also retain its race-winning combination of Tomoki Nojiri and Takuya Izawa.

Mugen, the team with which Button made his series debut in 2017’s Suzuka 1000km race, will also field an unchanged line-up of Daisuke Nakajima and Hideki Mutoh.

Despite relatively few changes, two drivers have been dropped out of Honda’s Super GT roster.

One of those is Takashi Kogure, who will bow out of the series after 15 seasons during which he won nine races and the 2010 drivers’ title with Le Mans 24 Hours winner Loic Duval.

Kosuke Matsuura will also no longer drive in the GT500 category after losing his Nakajima seat to Makino and will instead switch to the GT300 category with Team Upgarage.

Also joining the GT300 category is former GP3 race winner and F2 racer Nirei Fukuzumi, who will compete for ARTA alongside Shinichi Takagi.

ARTA has been traditionally running BMW cars in GT300 but will switch to a Honda NSX GT3 this year.

Super GT silly season: How the 2019 grid could look