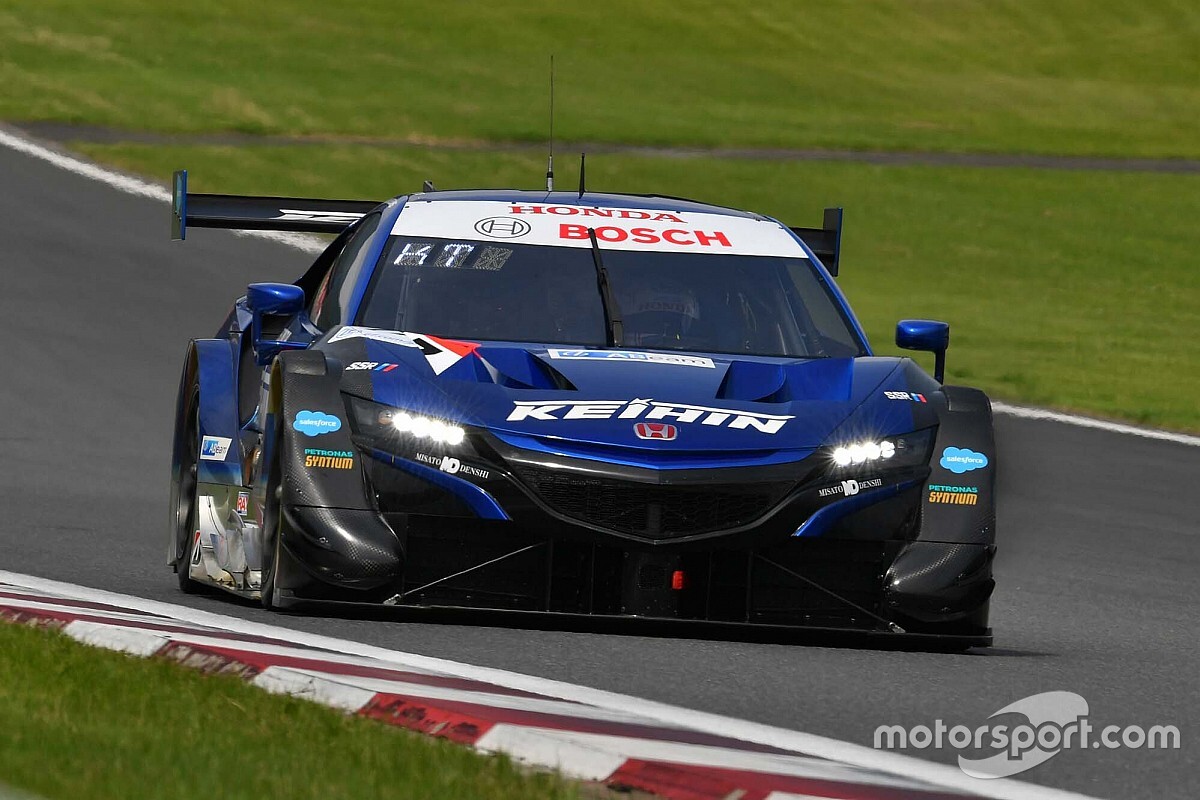 Honda rolled out a revised front aerodynamic package for last weekend's SUPER GT pre-season test at Fuji Speedway, setting the quickest time on both days while using the new parts.

Four of Honda's five NSX-GTs used a new specification of front fender and flick box on Saturday afternoon, with the Mugen, Nakajima Racing and Real Racing cars all running with plain carbon parts (pictured above) and the Team Kunimitsu car running in full livery.

Kunimitsu driver Tadasuke Makino set the quickest laptime of both that day's running and the entire test, a 1m27.870s, while the #100 car was equipped with the new aero.

Having stuck to the old specification during Saturday, ARTA then ran the new parts on Sunday, when Tomoki Nojiri set the best time in the #8 NSX-GT to give Honda a clean sweep of the test.

Honda also topped the previous test at Okayama back in March, before the coronavirus pandemic placed the season on hold, thanks to Bertrand Baguette and Real Racing.

The pictures below demonstrate the differences between the old aero, which features two relatively straight elements on the flick box, and the lower, more sculpted new design. 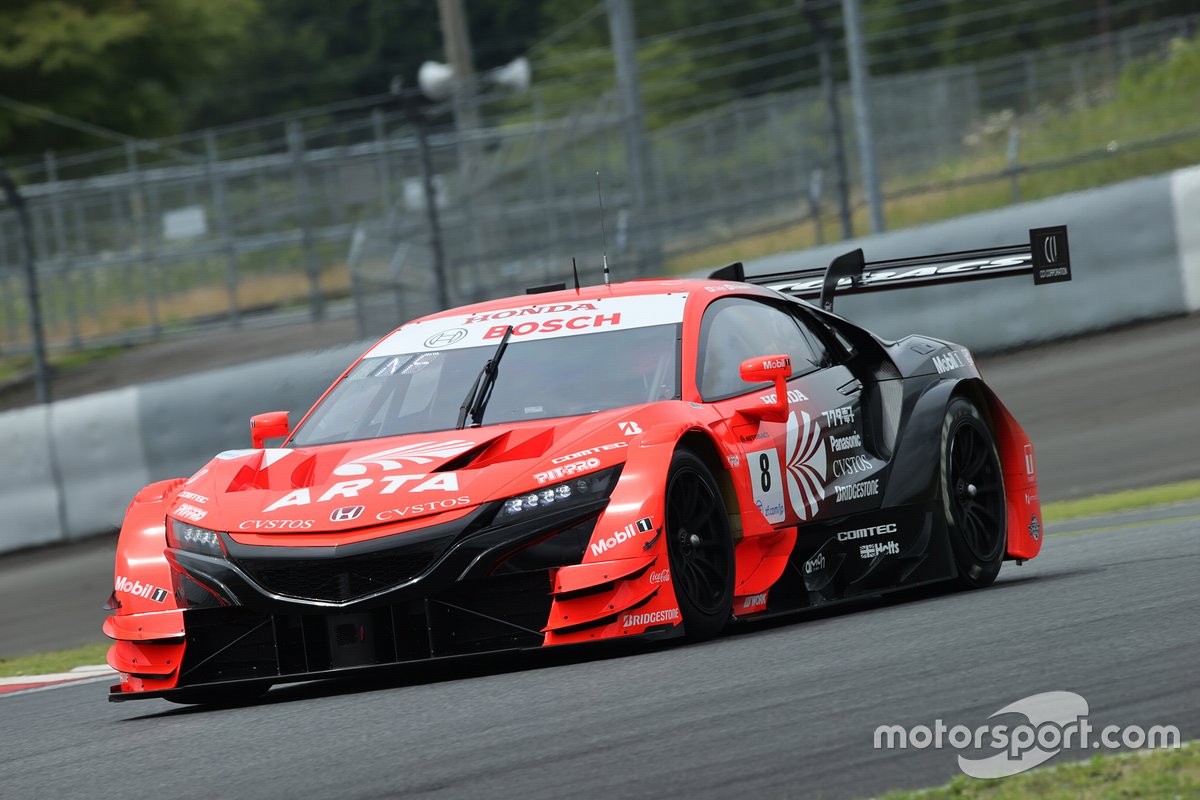 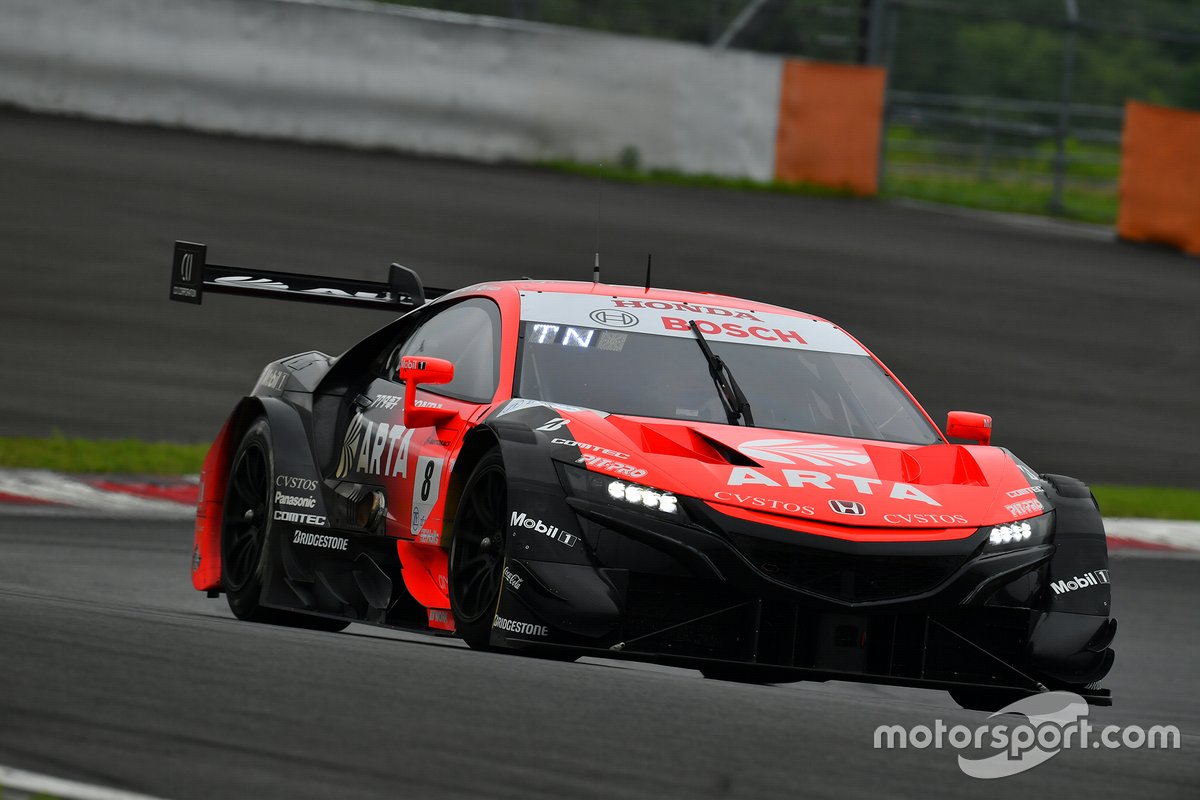 Honda GT project leader Masahiro Saiki told Motorsport.com: “It’s an area [aerodynamics] that can be developed, but we still can’t really say, ‘This is it!’…

“In the previous test [at Okayama], we didn’t get good feelings. So, while continuing trial and error, we made new parts, and this time we carried out comparison tests.”

Although half of the races on this year's radically revised 2020 calendar will be held at Fuji, Saiki clarified that the new aero hadn't been made specifically with the track in mind.

“The number of races at Fuji Speedway has increased [from two to four], but we haven’t made any specific countermeasures,” he said, adding that no decision has been made yet as to whether the new parts will be used in next month's opening round. 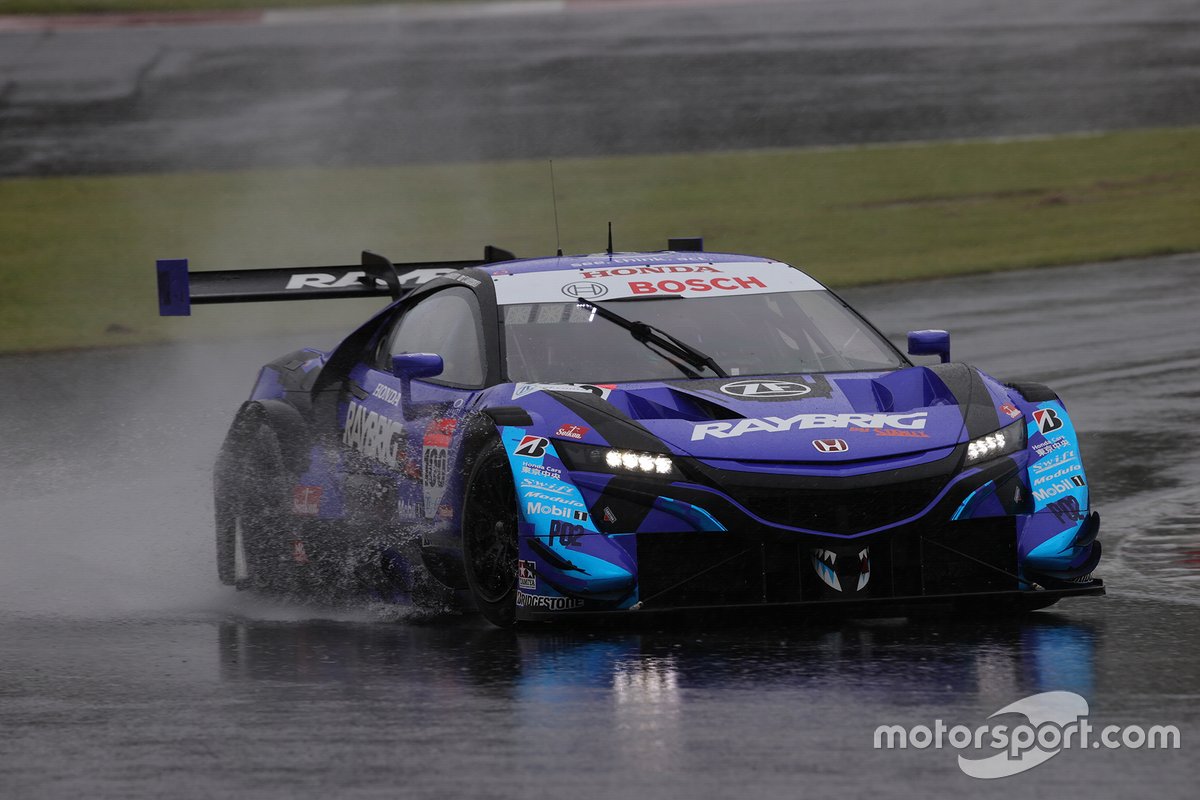 Last year, Honda experimented with a new aerodynamic package in pre-season testing, but opted to abandon the concept as it lacked stability and ran with a year-old design.

Jenson Button, who won the 2018 title with Kunimitsu alongside Naoki Yamamoto but left SUPER GT at the end of last season, cited this as a key reason for Honda's relative lack of competitiveness against rivals Lexus and Nissan last year.

Honda is also running a new front-engined NSX-GT this year as the wholesale move to Class One regulations no longer allows the Sakura manufacturer to run a mid-engined car.