Why pacesetter Honda still sees itself as "challenger"

Honda may have swept the board in SUPER GT pre-season testing, but it still doesn’t see itself as favourite ahead of this weekend’s opening round at Fuji Speedway.

It may look outwardly like this year’s Honda’s NSX-GT hasn’t changed much, but the Sakura-based concern faced the biggest challenge of all three GT500 manufacturers to ready a car for SUPER GT’s wholesale adoption of Class One rules this year.

Honda had been running mid-engined cars since 2014, but now engine has been moved to the front of the car, bringing the NSX-GT in line with rivals Toyota and Nissan. And the change certainly seems to have done it no harm at all.

In the first official pre-season test at Okayama back in March – before the motorsport world was turned upside down by COVID-19 – it was the #17 Real Racing Honda of Bertrand Baguette that set the pace over the course of the two days.

Then, when SUPER GT was finally able to reconvene at Fuji after a delay of some three months, Team Kunimitsu newcomer Tadasuke Makino ensured Honda would stay on top, boosted by the arrival of a new front aerodynamic package.

Although Honda was tight-lipped at the time about whether the new-look ‘flick box’ would be used for the start of the season, all five NSX-GTs were not surprisingly equipped with the latest aero when the teams started unloading their cars at Fuji on Friday.

“Few negative opinions [about the new aero] were raised during the test,” Honda GT project leader Masahiro Saiki told Motorsport.com. “It also had the purpose of widening the set-up window, so I think for each team it will make the car easier to handle. 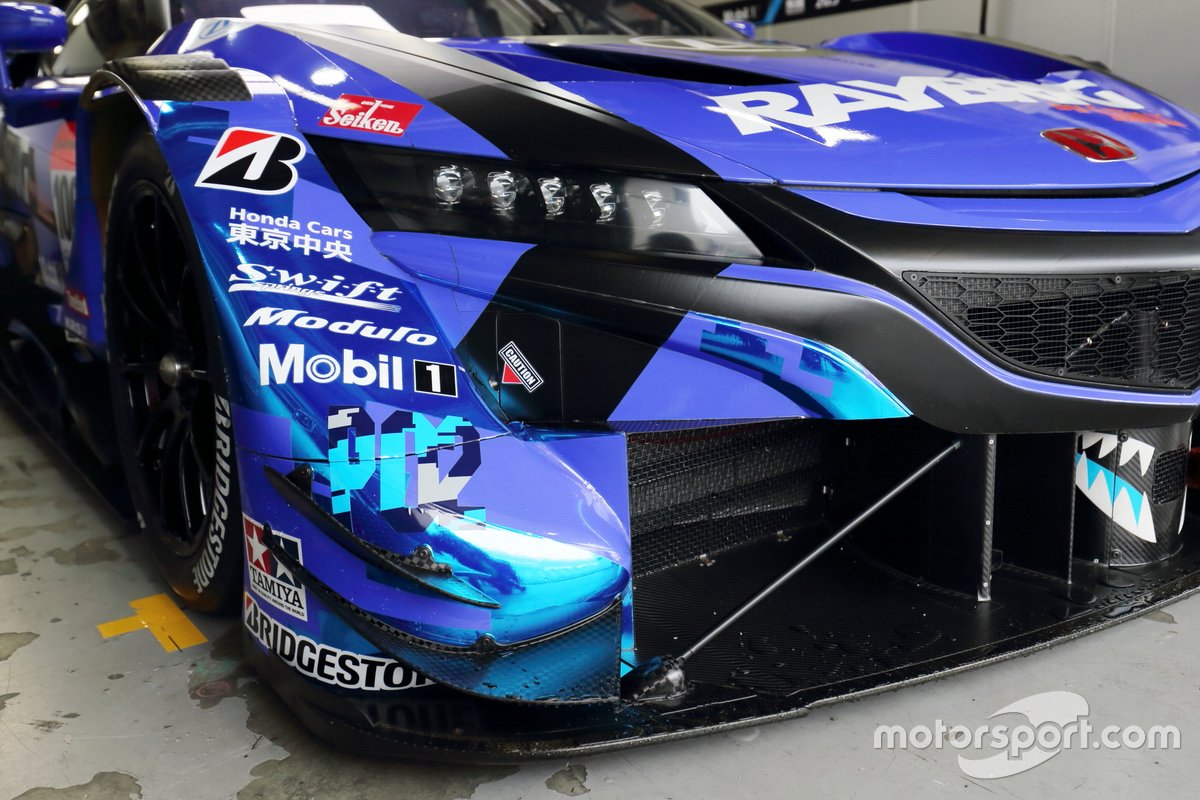 “However, there was very little time to try the new parts] in the dry, so there were some things we couldn’t try. I think we can only perfect the set-up in a race situation.

“The development time [for the new car] was short, and we had to cancel a lot of tests because of coronavirus. Originally, we were supposed to evaluate a lot of things there, but in the end we had to test various things at Fuji besides the aero.

“So, it feels like the 2020 car has only just been completed and we’re only just starting here. Because from now there are no more tests, only races, we will have to fight and work on the set-up at the same time. There’s no doubt it will be a tough start.”

For one Honda driver, just arriving at Fuji is an achievement in itself. Having been forced to miss last month's test, Baguette at one stage appeared doomed to miss the opener, but managed to secure late approval from the immigration authorities to make the trip back to Japan from his native Belgium.

Baguette actually arrived in Japan the day before the Fuji test, although had to spend two weeks in quarantine – and was therefore forced to watch the action from his apartment. But he was satisfied to see that the new flick box had cured some of the woes he had reported three months earlier at Okayama.

“One of the problems we had in Okayama was big understeer mid-corner, this new flick box at the front really improved it,” Baguette told Motorsport.com.

“It was definitely something we needed. I was happy they tested in Fuji and it worked really well, so it’s a big positive for us.”

Describing the benefits of the revised flick box, Fuji pacesetter Makino told Motorsport.com: “The first [aero kit] was really difficult to use, it was difficult to use the peak [of the grip]. But the new one [has a wider window].

“Now I’ve more confidence, low-speed, high-speed, everywhere. It’s easier to drive with the new aero. I think it will be strong for the race and in wet conditions.” 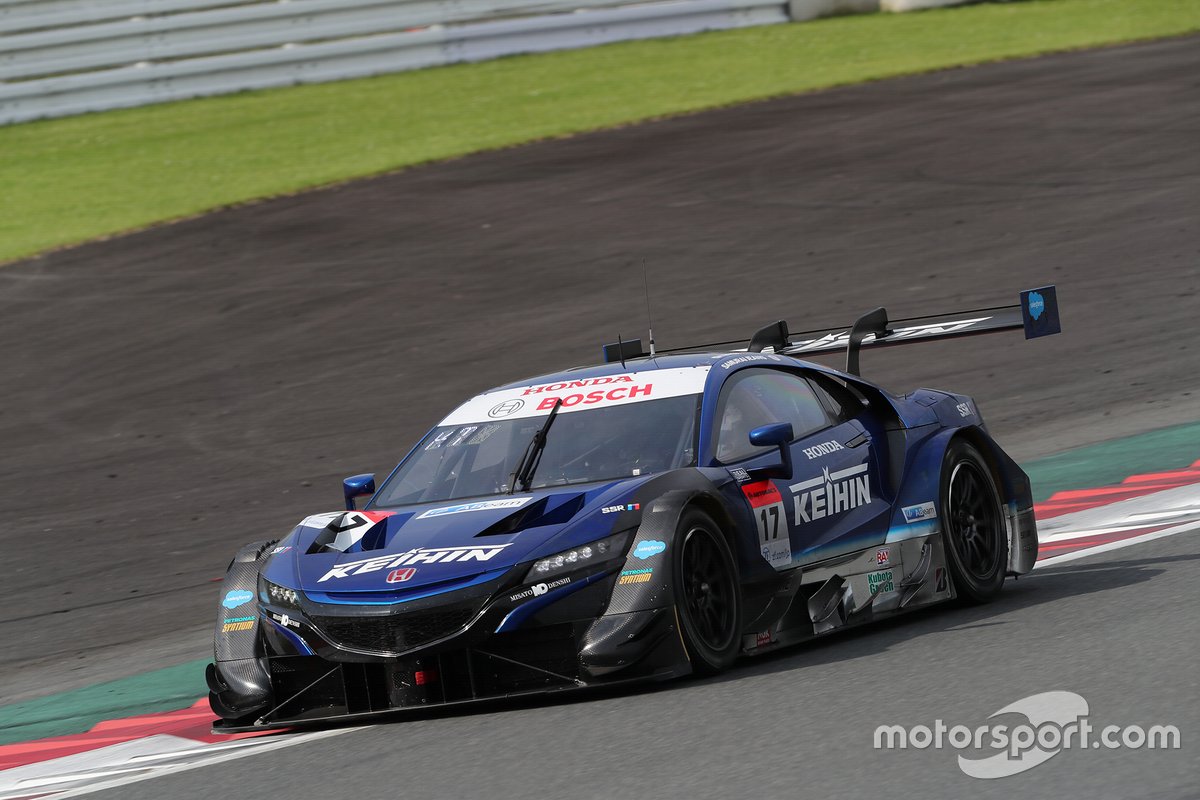 Despite dramatically changing the balance of the car and creating understeer where before there would be oversteer, Baguette reckons that the switch to a front-engined layout will be a benefit on Fuji’s famous 1.475km main straight.

“The main positive point is the cooling of the engine, especially when it’s hot,” said the Belgian. “In Thailand last year we struggled a lot with engine power because we couldn’t get enough cold air to the turbo at the back.

“Now like the others we have the turbo at the front. The front engine will be a big advantage at Fuji, because it’s a track where you really need a strong engine.

“Now we are the same as the other manufacturers. So if we win, it’s not because we have a midship engine! The others can’t complain if we’re faster.”

If there’s any reason for Honda to be worried, perhaps it’s the sheer speed recorded by the Toyotas in a straight line in the Fuji test, with Sacha Fenestraz clocking a maximum speed of 303.3km/h (188.5mph) in the #36 TOM’S GR Supra.

Honda’s fastest speed was around the 295km/h (183.3mph) mark, something Makino fears could leave the NSX-GT contingent at something of a disadvantage in a race situation.

“I think it’s a bit of a problem,” admitted Makino. “The Supra has a really small body, which is why they are so quick [in a straight line]. And in a race situation this is very important. So maybe we need a bit more a straight-line speed set-up.” 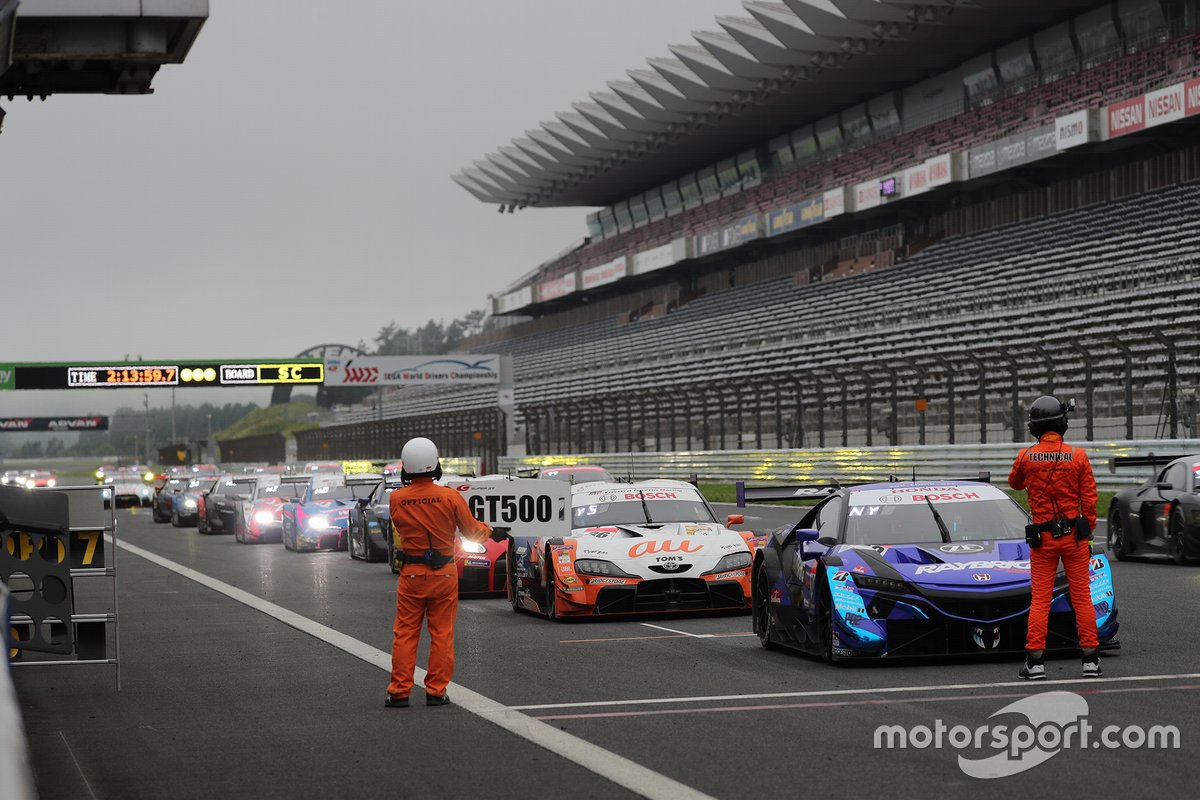 Saiki is also convinced that Toyota wasn’t showing everything it had in the Fuji test; the #37 TOM’S car wasn’t using soft tyres on the first day when the fastest times were set, and it’s also understood that neither the #14 nor #38 GR Supras were using new tyres.

“Toyota looks very stable, from the test I could tell they still have some margin,” said Saiki. “I think we are in the situation of being the challengers. If we disregard the results of the Fuji test, I think we are still behind.

“But I feel we can improve gradually from here. I think there is still potential and that we can make an even stronger car.”

When Makino was asked how close he felt his chart-topping 1m27.870s effort was to the limit, he grinned and would only say: “I don’t know! It’s difficult to say.”

Which manufacturer has really got the early jump on its rivals will become clear when the SUPER GT season finally gets underway in earnest this weekend at Fuji.

Gallery: Super GT gears up for action at Fuji