Ex-Formula 1 driver Heikki Kovalainen says he can't tolerate another poor season in SUPER GT and wants guarantees from Toyota that things will change for the 2020 season.

The one-time grand prix winner finished fifth in this year's standings alongside Yuichi Nakayama in the SARD Lexus LC500, boosted by a win in tricky conditions at Autopolis.

But the pair often struggled to match their fellow Lexus crews, concluding their campaign with a dismal run to 11th in last weekend's season finale at Motegi and ending up with a little over half the points of series champions Kenta Yamashita and Kazuya Oshima.

Reflecting on his fifth season in SUPER GT, 2016 champion Kovalainen said that SARD's struggles to get on top of the LC500 since its introduction in 2017 had only gotten worse, and that he was "so disappointed" with how the year went.

"We didn’t have pace all year," he told Motorsport.com. "We won a race, but we were a bit lucky with strategy and conditions. We didn’t deserve more than what we got.

"We never got this LC working. Our car is quite different to the other Lexus cars. I would like to try some changes but we have been a bit slow changing things. The way that we are running the car is not as good as what the other guys are doing.

"The RC F was working well for us but the LC in these three years, to be honest, we have lost each year more and more. We haven’t made enough progress. It’s as simple as that." 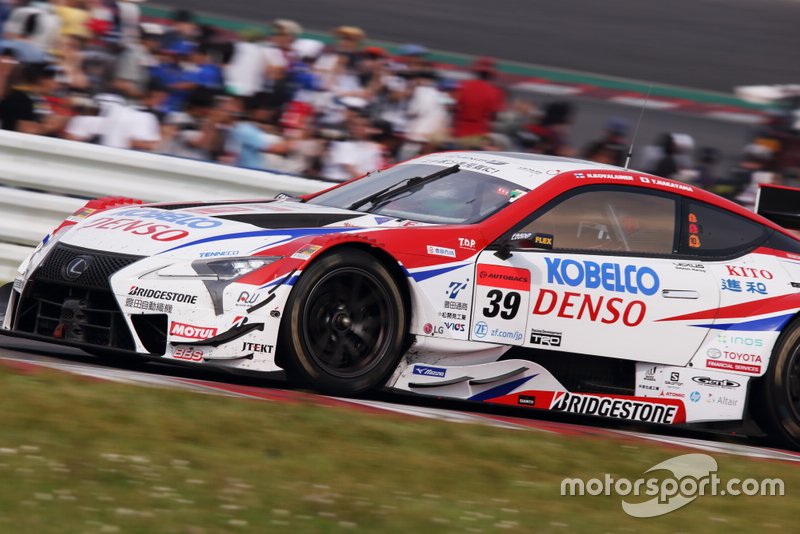 Kovalainen said following a similarly subdued 2018 campaign that he would consider his future in SUPER GT, although he eventually recommitted to the championship and even pledged to spend longer in Japan to help the SARD team return to competitiveness.

The Finn revealed he has yet to test the Toyota GR Supra that will replace the LC500 in 2020 and that he hasn't spoken to the Japanese marque about his future yet.

"I’m quite frustrated to be driving at the back now for so many years," Kovalainen said. "Some changes need to be made at least. I need guarantees of being competitive. We haven’t made enough progress and I can’t have another year like this.

"It’s not what I’m motivated to do. But I don’t know what Toyota’s plans are. I need to talk to them first and then we’ll see."

Too late to move to rallying full-time

Alongside his SUPER GT commitments, Kovalainen has contested a part-schedule in the Japan Rally Championship this year at the wheel of a Toyota GT86 CS-R3 in the JN2 class, taking a single victory and ending up fifth in the standings.

He is also taking part in this weekend's non-championship Central Rally near the city of Nagoya, which will morph into Japan's round of the WRC in 2020.

But the 38-year-old insists he has no plans to do rallying full-time, believing that it's too late in his career to make such a switch.

"I enjoy rally more than SUPER GT at the moment," said Kovalainen. "Frankly I feel I’m more competitive there. I have won some rallies in Japan – OK, it’s not the WRC, but the local drivers know the roads well and they are reasonably fast.

"But I’m not looking to have a big future in rallying. I know it’s very difficult. Japanese [national] level is totally different story compared to the world level, and that time has passed for me.

"I'm just enjoying rallying. It would be nice to do some tarmac rallies, it seems to be better for me than gravel. Maybe I could do some WRC rounds in a WRC2 car on tarmac, that would be something [fun]. But nothing more than that."