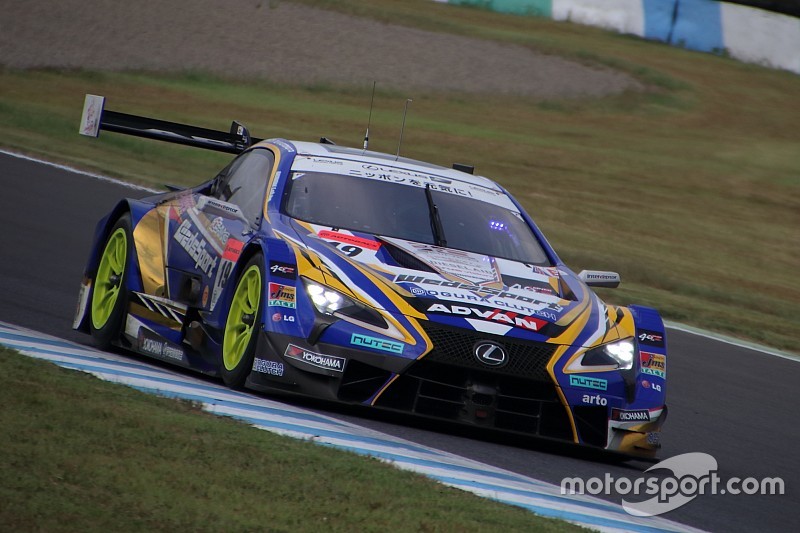 Lexus set the pace in the final in-season Super GT test of 2018, leading home a pair of Nissans at Motegi.

Daiki Sasaki ended up just 0.039s adrift of Yamashita in the Impul Nissan and over a tenth clear of the sister factory-run NISMO GT-R of four-time Super GT champion Ronnie Quintarelli.

The two TOM’S Lexus cars were classified fourth and fifth in the combined order, with the #36 entry beating the defending champions by less than two tenths.

Yuhi Sekiguchi, who scored his first Super Formula victory at Motegi in 2016, set a time of 1m37.467s on Day 1, slightly quicker than his teammate Kazuki Nakajima’s flyer of 1m37.610s that put him at the head of the order on Day 2.

Nick Cassidy, who sits third in the standings alongside teammate Ryo Hirakawa, was fifth in the second of the TOM’S Lexus cars.

Veteran Super GT racer Yuji Tachikawa made it four Lexus entries in the top six, driving the Zent/Cerumo LC500. He narrowly edged out the Kondo Nissan of Joao Paulo de Oliveira, which finished just 0.003s behind in seventh.

Less than a month after a 1-2 finish at Sugo, Honda was reduced to the third-best manufacturer, with Koudai Tsukakoshi finishing eighth in the best of the NSX-GTs.

The Real Racing driver led the Team LeMans Lexus of Kazuya Oshima, with the sister ARTA Honda of Takuya Izawa completing the top 10.

The Team Kunimitsu Honda of Jenson Button and Naoki Yamamoto, which retook the championship lead with victory at Sugo, could only finish a lowly 11th among the 15 GT500 cars.

Yamamoto was the faster of the pair, his lap of 1m38.081s being 0.840s slower than Yamashita’s benchmark.

The 2013 Super Formula champion beached his car in the gravel on Tuesday morning, but was fortunate to avoid any damage to his car.

There were few other significant incidents of note in the GT500 class, although the two-day test session was red-flagged several times due to off-track excursions involving GT300 cars.