Ahead of May's Fuji 500km, GTA chairman Masaaki Bandoh revealed that the current standard race distance of 300km will be increased to 350 or 360km, ostensibly in a bid to encourage better fuel mileage.

Bandoh underlined those intentions again at the most recent round at Motegi, while revealing that next year's SUPER GT schedule will be exclusively fought on Japanese soil for a third season in a row.

While the drivers polled by Motorsport.com were generally positive about the idea, one recurring theme was that a longer race that would still involve only one pitstop would allow teams and drivers much less flexibility over when they can come into the pits due to fuel mileage fears.

At present, GT500 teams tend to pit relatively early, often not long after the minimum one-third distance mark, to avoid being caught out by a caution period, but some crews prefer to leave their stops later.

Nissan driver Ronnie Quintarelli made his stop on lap 28, giving the #23 NISMO GT-R a second stint of 35 laps, and the Italian believes any variation in strategy would be lost with a longer race.

"I’m not sure about the fuel consumption, I think it could be on the limit," Quintarelli said. "It will be critical for the tyres and there will be no fuel window. So maybe all the cars will pit within three laps [of one another].

"I think it will be like the first two stints at Fuji [500km]. If they do it, it’s ok, but it will be hard for the fuel consumption." 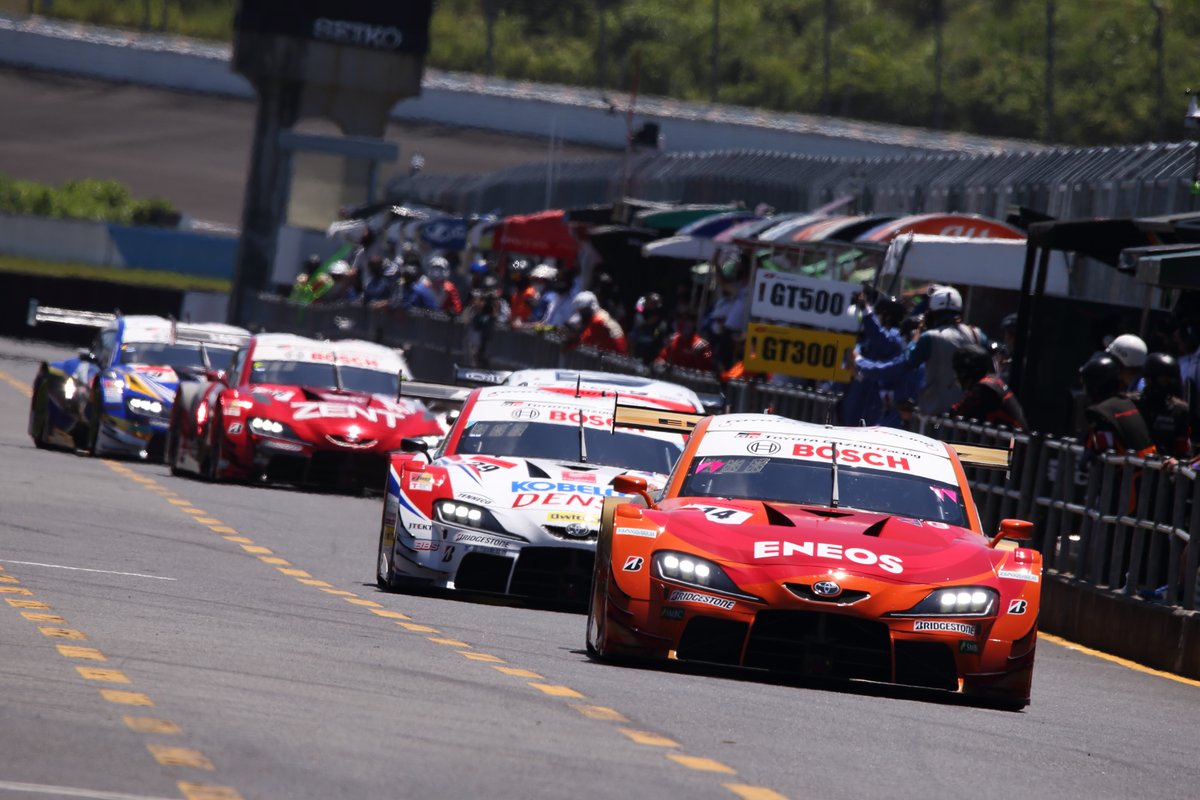 Real Racing Honda driver Bertrand Baguette was among the earlier stoppers on lap 25, shared Quintarelli's opinion on strategy but believes the GT500 cars would have little trouble covering the extra distance.

"At least the first driver will get more laps, because at Motegi I only did 25 laps!" quipped the Belgian. "At least there are more chances to make a difference as a driver, but I think it will make strategy more straightforward because it will make the pit window smaller.

"Our first stint was 25 laps and our second stint was 40 laps, that means we have 15 laps of margin, easily. That’s 70km at this track, so the engine can easily do the extra distance [on two tanks of fuel]."

"I don’t know if we can go 360km on two full tanks," Hirakawa said. "We would have to do a lot of fuel-saving to manage just one pitstop. But it would be more interesting for the strategy, so it could be more fun.

"It’s good to try new things, like Formula 1 with the sprint qualifying [at the British Grand Prix]. It’s good for the fans, so I’m in favour of it."