Ex-SUPER GT driver Frederic Makowiecki believes a GT500 car has the speed to fight for the overall win in the Le Mans 24 Hours.

Makowiecki, who is one of a handful of regulars at La Sarthe with experience in Japan’s top sportscar category, believes that a SUPER GT car has the potential to outpace the Le Mans Hypercars that now make up the top division at Le Mans.

The Frenchman pointed to the fact that GT500 speeds were on a par with non-hybrid LMP1 cars, in part thanks to their specially-developed tyres, while Hypercar laptimes around Le Mans - around 3m25s in qualifying trim - are significantly slower.

“At the moment the tyres in Japan only last a single stint, but for that single stint there are no better tyres on earth,” Makowiecki told Motorsport.com.

“If you bring a GT500 car here, at the moment you are fighting for the overall win, I’m sure. It’s clear they are faster than Hypercars.

“The only thing is the reliability for 24 hours, as the car has not been developed for this. But in terms of performance over six hours, they can be significantly more competitive than the Hypercar.

Makowiecki raced for three seasons in SUPER GT’s top GT500 division, competing for the Dome Honda team in 2013-14 and then the NDDP Racing Nissan outfit in 2019 before returning to being a full-time Porsche driver in 2020.

He scored three wins in that time, two alongside Naoki Yamamoto at Honda and one paired with Kohei Hirate at Nissan.

Watch the upcoming WEC 6 Hours of Monza and the SUPER GT Fuji 450km event both live on Motorsport.tv (geo-restrictions may apply).

Makowiecki says he still avidly follows SUPER GT from afar and praised the series’ system of success ballast, calling it preferable to the Balance of Performance used in the FIA World Endurance Championship and IMSA WeatherTech SportsCar Championship.

Instead of cars being equalised, SUPER GT instead uses a combination of weight penalties and fuel restrictors to reduce power according to the number of points scored up to that stage in the season, which are then reduced and removed for the final races.

“The development of racing [outside of Japan] is all about equivalence,” Makowiecki said. “The level goes down. It’s not the best who wins. You have to bring the higher-level people down to the lower-level people. It’s not bad, but it’s the reality.

“In Japan they found a compromise with the success ballast, and each manufacturer is putting in roughly the same level of effort. Ok, Toyota has more cars than Honda or Nissan, but it’s not like somebody is spending triple the amount of one of the others.

“For me where you clearly see the system works the best, it’s where the best team wins the championship. Is it the case here all the time? I have big doubts.

“In Japan, a slow car has never won the championship. Maybe just one race, when there is success ballast, but always it’s one of the strongest two or three cars across the season that wins the championship.” 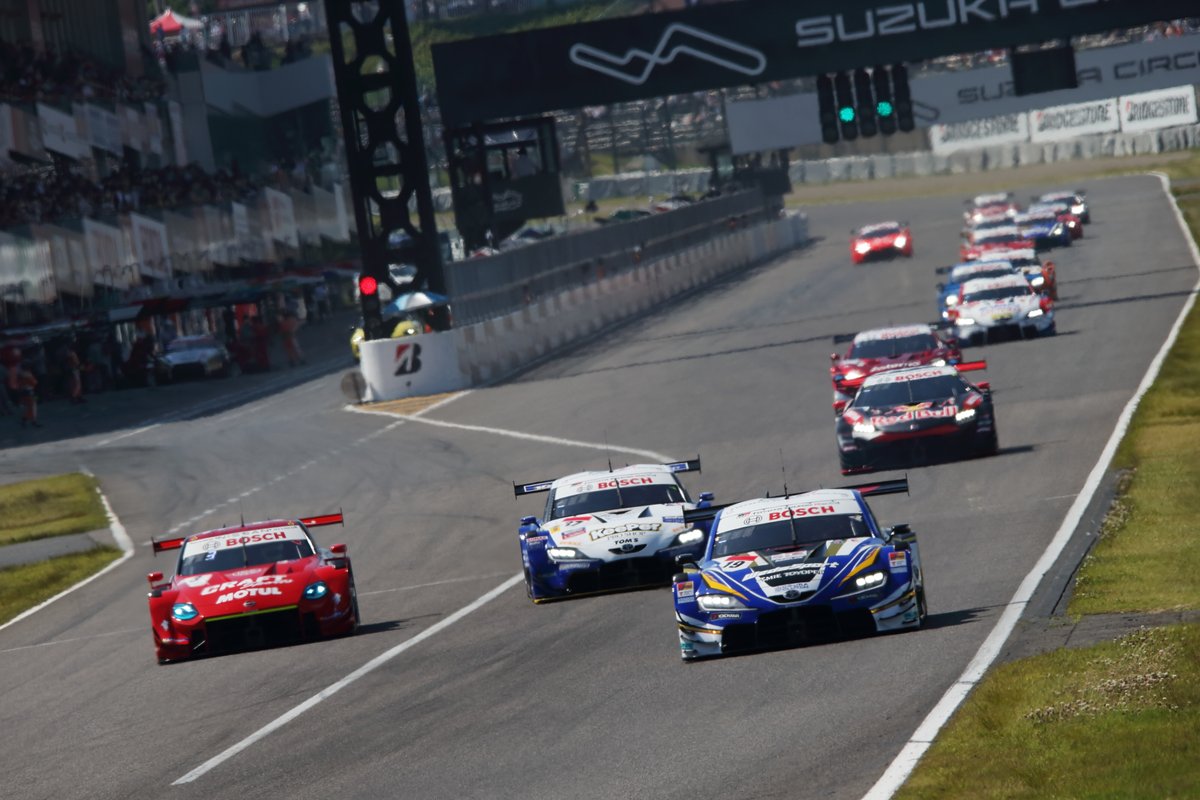 SUPER GT has revealed a 2023 calendar made up of eight races bearing a strong resemblance to this year's schedule.

Ritomo Miyata believes saving fuel during the second stint of Sunday’s Fuji SUPER GT race was the key to he and TOM’S teammate Sacha Fenestraz taking their first GT500 win.

TOM'S Toyota pair Sacha Fenestraz and Ritomo Miyata took their first SUPER GT win in the GT500 category in Sunday's fourth round of the season at Fuji Speedway.