Last weekend's Motegi SUPER GT finale was the "first normal race" of the season for McLaren, according to Alex Palou.

The British marque returned to SUPER GT this year in the GT300 class with a single McLaren 720S GT3 entered by Team Goh and driven by Palou and Seiji Ara.

But the Yokohama-shod car struggled for competitiveness almost all season, with the highlight of the campaign coming when Palou and Ara finished second in the wet at Autopolis.

That was the pair's only points finish until Motegi, where Palou put the McLaren on pole, only for he and Ara to drop down to seventh place in the race.

The Spaniard said this was down to the Goh squad's tyre choice, and was satisfied that changes to the Balance of Performance in the run-up to the weekend had at least allowed the McLaren to hold its own in the GT300 battle.

“This year we suffered a little with the BoP and this was the first race that the BoP was right, allowing us to fight a little, but not to win," Palou told Motorsport.com.

"There is a tyre war here [between Yokohama, Dunlop and Bridgestone] and each team has different compounds for each weekend. We chose quite an aggressive one for qualifying because it could have rained [in the race].

"We took very soft tyres, we achieved the pole, because we show that the team has progressed a lot from the beginning, when we were last.

"It was a shame that it was very hot on Sunday, because we started with the tyres with which we did qualifying. After five laps they drastically wore out. But we managed to finish seventh, which is the first normal race that we have entered in the top 10.

"It is a pity that this year we did not have a more favourable BoP and that the car has had a lot of mechanical problems. But these things happen and I have learned a lot in GT." 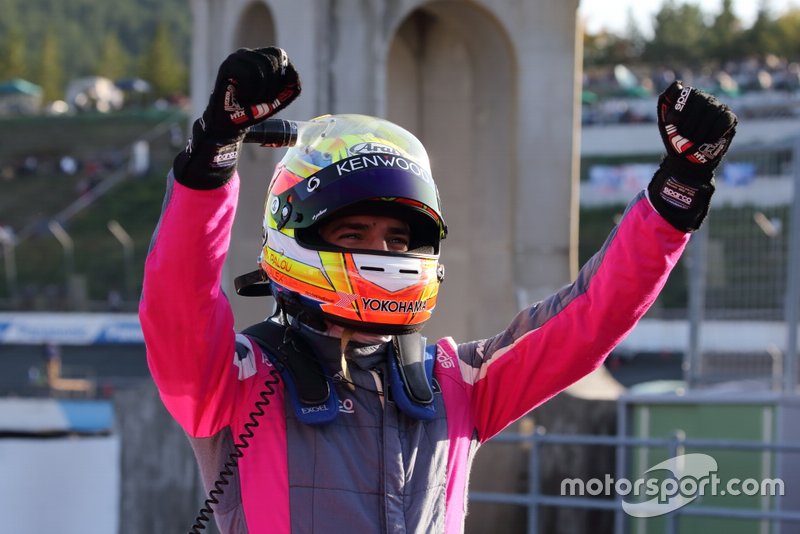 Palou was passed for the lead early on at Motegi by Kazuki Hiramine in the Kondo Racing Nissan GT-R NISMO GT3, putting Hiramine and his teammate Sacha Fenestraz in a strong position for a first GT300 win of the season.

The pair had already been jumped by the LEON Racing Mercedes-AMG GT3 when Fenestraz stopped on track with an electrical problem while battling the GAINER Nissan that went on to win the race when the LEON car ran out of fuel at the finish.

Fenestraz was able to get going again but the time lost dropped he and Hiramine down to sixth place at the finish.

"It’s an electrical problem that we had since the last round in Sugo," the Frenchman told Motorsport.com. "Sometimes when you take a lot of kerb, the car just switches off. Then it switches back on, but [with] no power. So you need to stop and restart the car.

"It’s a bit of a shame, really. We were racing pretty good with the #11 [GAINER Nissan], I think it would have been difficult to keep them behind at the end. We struggled a lot with tyre degradation, pick-up, but I think a podium was available without this problem.

"It’s not the first time it happens, it’s the third one, so we need to find out what is the problem. Everything should be working even if you are taking kerb or not." 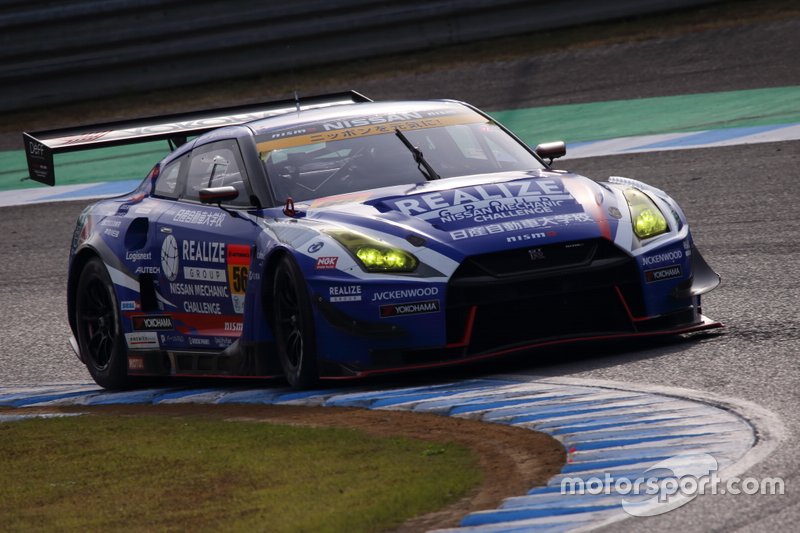 Impul Nissan has been "limping" all season

Palou: It would be “amazing” for IndyCar to return to Japan