Kazuki Nakajima has recounted the incident during Sunday's chaotic second leg of the SUPER GT x DTM Dream Race that claimed every Lexus in the field bar one.

The final SUPER GT event for Toyota's luxury brand proved little short of a disaster, with only one of the six LC500s in the field - the #37 TOM'S car of Ryo Hirakawa - making it to the finish unscathed in eighth position.

All of the remaining five Lexus runners were involved in an incident at Turn 13 following the second safety car period, triggered by contact between Yuji Kunimoto and Kazuya Oshima.

Bandoh driver Kunimoto had been battling the SARD Lexus of Heikki Kovalainen when he ran off the road, and as he rejoined he made contact with SUPER GT champion Oshima's Team LeMans Lexus, both cars spinning as a result.

Kovalainen was then forced to check up to avoid Oshima, causing Nakajima's TOM'S car, Hiroaki Ishiura's Cerumo Lexus and the Nissan of Kohei Hirate to pile into the back of him.

"It was quite a mess after the restart," Nakajima told Motorsport.com. "I was in a good position, I was right behind Loic [Duval], but I had car #8 [Tomoki Nojiri] spin in front of me just after Turn 3 and I had to avoid him and I went completely off the track.

"Then I was following the car in front, I saw car #6 [Oshima] spinning at Turn 13, I was basically ready to stop but I had car #39 [Kovalainen] spinning in front of me and I was already being pushed by the car behind [Ishiura].

"I couldn’t stop and I hit the car in front [Kovalainen] and it was enough for me to stop the race, because I was losing the water from the engine."

Nissan subsequently lost another car when James Rossiter hit the back of Alex Zanardi's BMW at Turn 15, damaging his Impul GT-R's bonnet pins - with the result that the bonnet flew up and blocked his windscreen along the main straight.

Sunday's race is likely to have been Nakajima's last SUPER GT outing for the foreseeable future, as his place at TOM'S looks set to go to Sacha Fenestraz next year.

Asked about his future in the series, Nakajima admitted: "It’s a question mark. I would be happy to continue, but it’s not down to me to decide.

"We didn’t deliver the results in the end. But the way we worked and delivered in terms of speed, it was better than last year. What we care about is the result, so it was not a good season. But if I see all the details I’m actually happier than last year."

Nakajima will continue in Toyota's LMP1 line-up for the remainder of the 2019/20 season and is also set to stay as part of the TOM'S line-up in Super Formula. 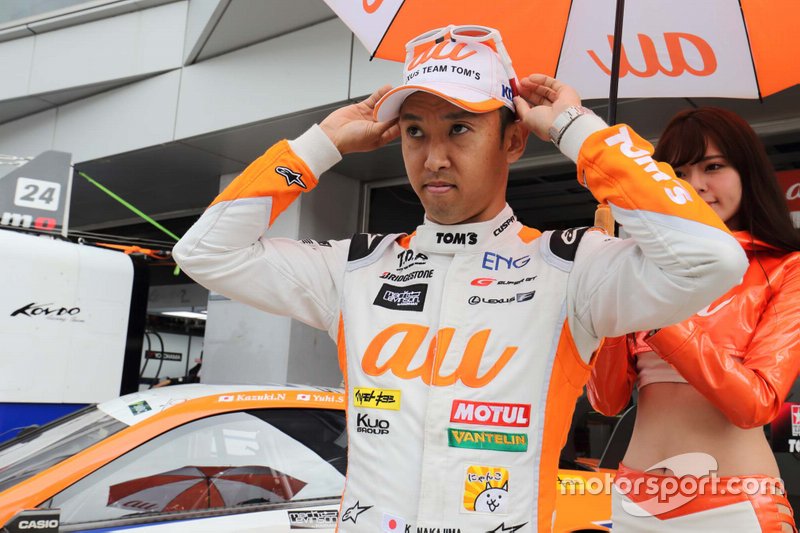