Kazuki Nakajima says he is aiming for the 2019 SUPER GT crown after his Suzuka win, having not been detrimentally affected by his absence from the Fuji race for the first time in several years.

Nakajima has yet to win a GT500 title after six years in the category with TOM’S, primarily due to the details of his contract with Toyota - which forces him to miss a SUPER GT race every time there is a clash with the FIA World Endurance Championship.

While Nakajima had to skip the Fuji 500km round this year as well, teammate Yuhi Sekiguchi’s failure to score points on that occasion means Nakajima stayed level on points with Sekiguchi, and thus remains in contention for the title.

The duo moved up to third in the drivers’ standings, four-and-a-half points behind the Cerumo Lexus pairing of Hiroaki Ishiura and Yuji Tachikawa, after securing a lights-to-flag victory at Suzuka.

"In the second half of this season there are races where we will be at a disadvantage. Keeping that in mind I would like to keep fighting firmly to not drop out of the title hunt,” Nakajima said.

"I would like to carry solid momentum towards the races in the second half of the season so that I can finish in a good position in them. But thanks to Fuji, I can try to be champion. So I think I'm going to do my best.”

Ironically, Ryo Hirakawa missed out on the 2017 ELMS title after skipping two races to prioritise his commitments with Lexus in SUPER GT.

That meant his G-Drive teammates Memo Rojas and Leo Roussel claimed the title as a duo, even though Hirakawa was part of the line-up that took the team’s sole race win of the season at Monza.

Although Nakajima and Sekiguchi never effectively ceded the lead of the Suzuka race, they were challenged first by the sister TOM’S car of Hirakawa and Nick Cassidy and then the LeMans Lexus of Kazuya Oshima and Kenta Yamashita in the second stint.

Nakajima had built a small buffer for himself in the first dozen laps, but it was eradicated when a safety car had to be called in to assist the retrieval of the NISMO Nissan of Ronnie Quintarelli and Tsugio Matsuda.

"I felt strongly that I was relieved,” Nakajima said. “I wanted to create a gap, so I started [upping] the pace from the start.

“Both the #37 [TOM’S] car and the #6 [LeMans] car did not change much in terms of pace, so I could not pull away easily. I was relieved to some extent because I left the traffic at a difference of about two seconds.

“For the second half I wanted to make a gap as large as possible, so it was a bit disappointing that the safety car came out.

“After the safety car run was over, the team made a good decision on the timing of the pitstop and their work was good, without mistakes.

“After that, after switching to Yuhi, I was nervous, but I believed that Yuhi will be coming back home without being overtaken. I think it was a really perfect race.” 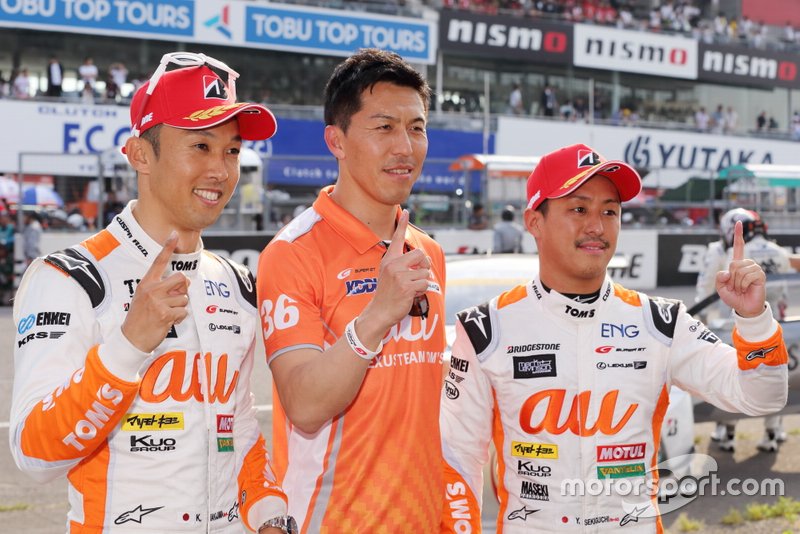