Nissan held a driver evaluation session at Fuji Speedway on Monday as it seeks to finalise its line-ups for the 2020 SUPER GT season.

The Yokohama-based manufacturer is understood to have tested a number of drivers, including the majority of its existing roster, following the NISMO Festival on Sunday.

One driver who is certain to not return to Nissan is Frederic Makowiecki, who drove for B-Max Racing alongside Kohei Hirate in 2019 but was unveiled on Saturday night as a full-time IMSA WeatherTech SportsCar Championship driver for Porsche for the 2020 season.

The Frenchman had previously told Motorsport.com that his Porsche commitments would take priority for the 2020 campaign, and the high number of clashes between the SUPER GT and IMSA calendars next year makes a return to the Japanese series impossible.

Of Nissan’s 2019 drivers, only Ronnie Quintarelli and Jann Mardenborough are believed to be locked in for next season, although Tsugio Matsuda’s place would appear to be relatively secure given his involvement in the development of the 2020 GT-R.

Auer raced for B-Max in Super Formula this year and would be a logical replacement for Makowiecki, should Nissan wish to keep one international driver in each of its four cars.

However, the Austrian has also been linked to a return to the DTM with BMW for 2020.

Chiyo was part of Nissan’s GT500 set-up from 2016-18, but was one of the victims of the reshuffle last winter in which Makowiecki, Hirate and Rossiter were brought on board.

He did however contest the Autopolis race for Team Impul this year when Rossiter was forced to drop out with an ear problem, and could be considered a low-risk candidate to fill in for Makowiecki or another driver in the Nissan stable.

He lacks GT500 race experience but has been a fixture of the GT300 class since the 2015 season, racing for Lamborghini until switching to Kondo this year. 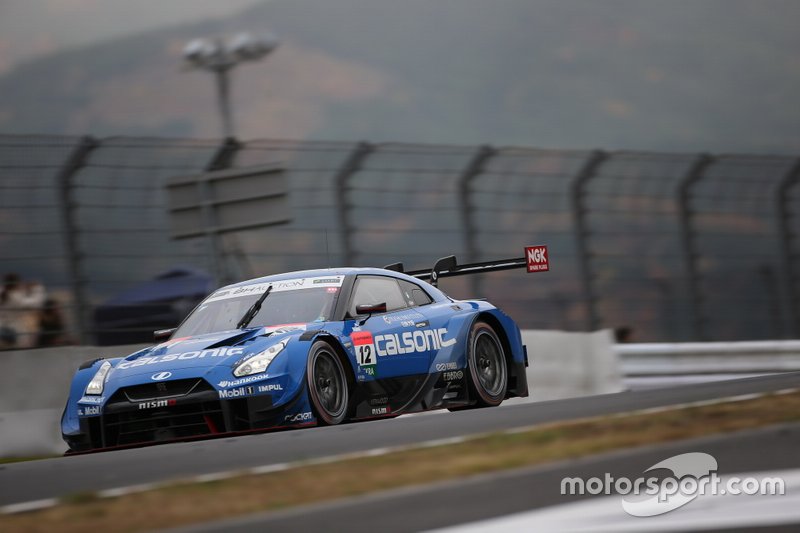