Nissan admits it was overly "conservative" in the first two rounds of the SUPER GT season and its Suzuka success was a result of it going "all-out" with its revised GT-R contender.

Ronnie Quintarelli and Tsugio Matsuda scored a first win for themselves and Nissan's flagship NISMO outfit for two years last weekend, marking a major turnaround from their struggles in the opening two rounds of the campaign at Fuji Speedway.

"From the start of this season we stumbled, and we seemed to be in a bad situation," Suzuki told Motorsport.com. "Honestly, I thought it would be quite tough again this weekend, I wasn’t expecting much.

"We decided to go all out this weekend in the areas in which we were a little conservative until now, like with the tyres and the set-up.

"And after that everything went in a good direction, it felt as if we could fight. Every time we ran things went well and in qualifying we were able to grab a spot on the front row.

"Instead of fearing failure, we focused on doing what we could. And I think that being able to race in such a stress-free way led to good results."

Quintarelli himself said he had low expectations for Suzuka after a Fuji race in which he slipped from an encouraging fifth on the grid to ninth, which left him "very disappointed".

But he pointed to progress made by tyre supplier Michelin that allowed the #23 Nissan to maintain its speed deep into a stint, even in high temperatures.

"In Fuji the race the pace was not there at all," said Quintarelli. "It seemed we didn’t have the pace to compete, and also I expected in Suzuka to struggle because still some quick cars had very little weight. I thought the #8 car [ARTA Honda] would be winning by half a lap.

"I was surprised the car was working so well in free practice [at Suzuka]. We had different approach with the tyre compounds compared to Fuji, we went in a more aggressive way.

"But with the technology we have with this tyre, we see even when we are aggressive the degradation is no problem. We chose this [on Saturday] after the free practice." 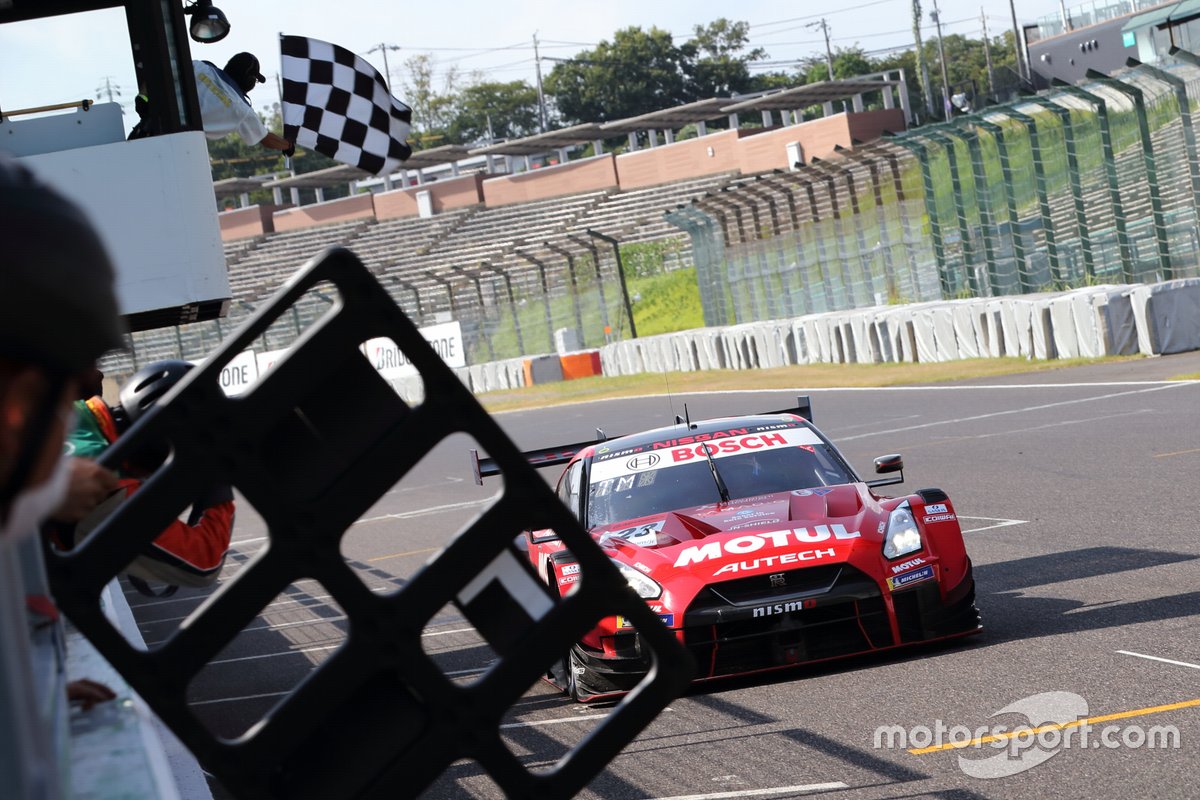 But Suzuki says the GT-R is still lagging behind its rival marques and it needs its other three cars - the #3 NDDP/B-Max Racing, #12 Team Impul and #24 Kondo Racing entries - to be in the hunt as well going forward.

The Bridgestone-equipped #12 Nissan of Kazuki Hiramine and Daiki Sasaki is the only GT500 car still without a point this year, while Jann Mardenborough and Mitsunori Takaboshi in the Yokohama-shod #24 car (below) have managed only a single point in three races.

"On the surface [it appears all three manufacturers are close] but if you look carefully it seems Toyota is a step ahead," said Suzuki.

"I’d like to do something about this with Nissan’s four teams. Next time car #23 will be heavy [44kg], so in particular I want to see cars #12 and #24 involved in the battle for victory.

"Nissan has been struggling [at Motegi] for some time now, but I think car #12 can be in the fight this time because it has less weight. We’ll do our best to get our teeth into it." 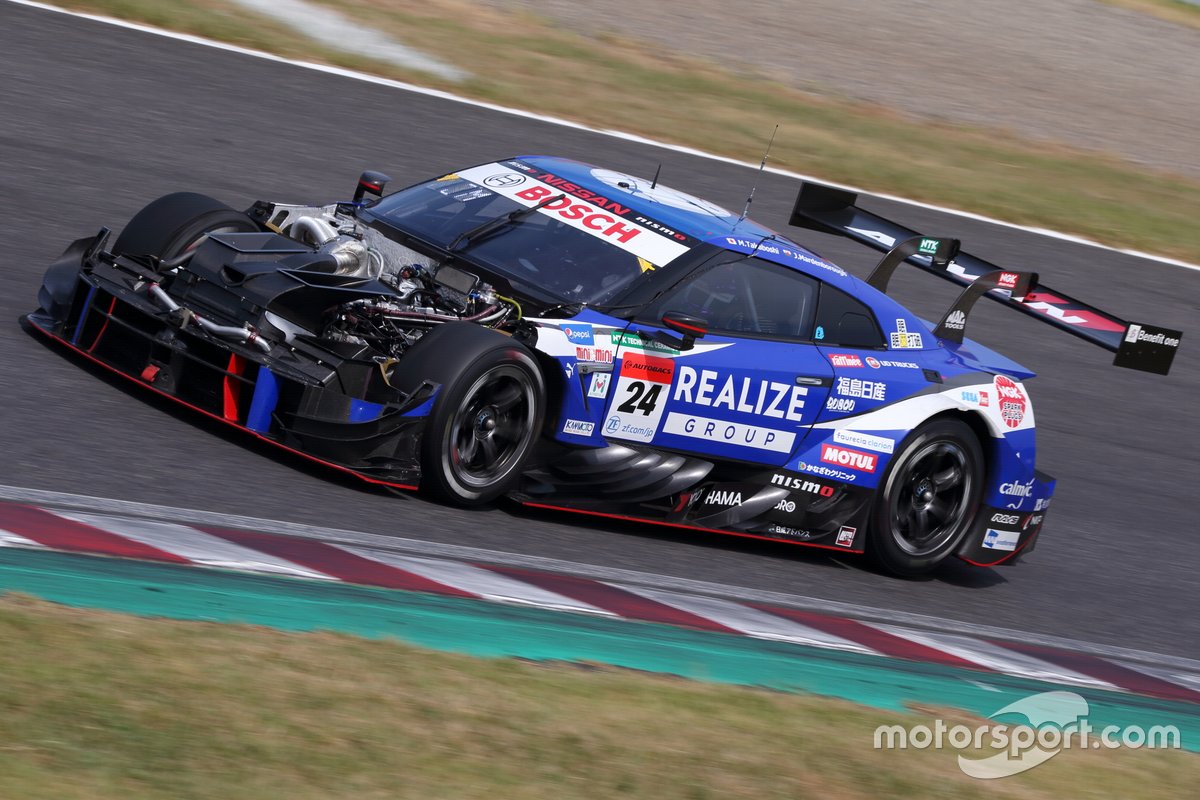