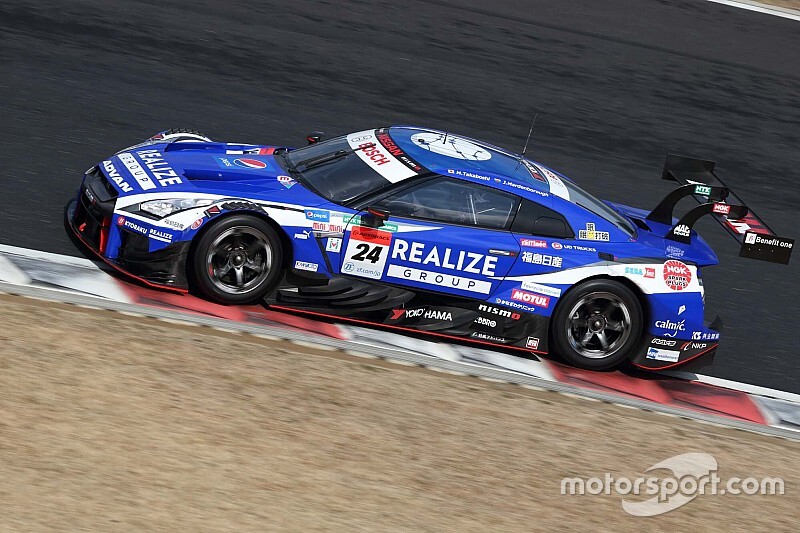 Jann Mardenborough believes that Nissan has made tangible progress in “every area” with the 2020-spec GT-R as its bids to claw back the deficit to its rivals in SUPER GT.

Nissan has mostly trailed both Honda and Lexus in the last two years in GT500, scoring just two victories during that period compared to nine for Lexus and five for Honda.

The Yokohama marque hasn’t won a GT500 championship since Ronnie Quintarelli and Tsugio Matsuda’s triumph in 2015, its longest dry spell in the history of the All-Japan Grand Touring Car Championship/SUPER GT.

However, a move to Class One regulations this year has provided Nissan a chance to reset, with it having developed a revamped GT-R to take on the front-engined version of the Honda NSX-GT and the new Toyota Supra that replaces the Lexus LC500.

And after comparing the 2020 GT-R with both the NSX and the Supra in the first pre-season test of the season at Okayama, Kondo Racing driver Mardenborough believes Nissan is better prepared to take the fight to its rivals.

"I’m happy with the progress in every area. Also with the tyres, with Yokohama, it’s improving. Still a bit of a gap, so we need to find some more speed. But there is progress."

The best time set by Nissan in the Okayama test was a 1m18.409s recorded by Quintarelli on Sunday afternoon, putting the works NISMO GT-R fifth-fastest and within three tenths of the pace established by Cerumo Toyota driver Sho Tsuboi.

Kondo ended up fastest of the three Yokohama-shod squads with the 10th-fastest time.

“I think it’s much closer this year," Mardenborough added. "Everybody is closer.

"This season is going to be much closer than last year. Everybody has had a long time to figure out these engines and this new chassis. It looks like it will be a close season.”

“Properly different,” Chiyo told Motorsport.com when asked about his first impression of the new GT-R earlier this year during private manufacturer testing.

“It feels more comfortable to drive in the corners and more downforce, and the engine feels different. Yeah, I feel confident.”