Pacific CarGuy Racing will field an all-pro line-up for the next round of the SUPER GT season at Motegi, as former GT300 champion Naoki Yokomizo returns to the series.

Yokomizo, 41, will replace gentleman racer Takeshi Kimura alongside Kei Cozzolino at the wheel of the #9 Ferrari 488 GT3 at Motegi, and the following race at Suzuka in August.

This is because Kimura will be away on Le Mans 24 Hours duty for the Kessel Racing Ferrari GTE Am squad, with the rescheduled Suzuka SUPER GT races clashing with the French endurance classic.

Kimura also took part in the Portimao 8 Hours last month sharing the Kessel entry with Peugeot LMH signing Mikkel Jensen and Scott Andrews. However, the team has withdrawn its entry from this month's Monza WEC round, which clashes with the Motegi SUPER GT race.

Yokomizo, who won the GT300 title back in 2012 at the wheel of a Team Taisan Porsche alongside Kyosuke Mineo (pictured below), makes his return to SUPER GT after a year away. 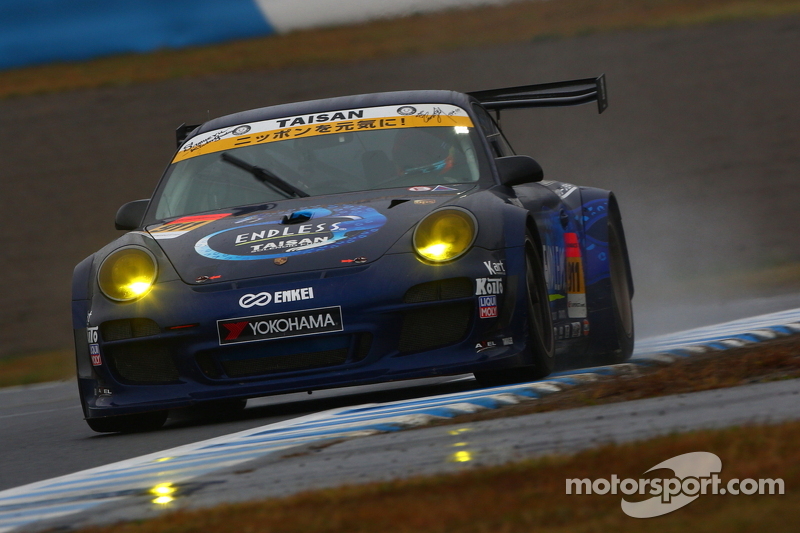 He previously raced for CarGuy Racing alongside Kimura in 2018, with Cozzolino joining the duo for that year’s Fuji 500km, before reuniting with Mineo in 2019 at Pacific Racing.

Pacific and CarGuy joined forces for this year to field a solo Ferrari in SUPER GT’s GT300 division following the dissolution of the former squad’s alliance with D’station Racing.

The newly-formed team has not yet scored points this year, with Kimura and Cozzolino managing a best finish of 23rd in the season opener at Okayama.

The car Subaru hopes will end an 18-year title wait

Ferrari "definitely a contender" in SUPER GT with right crew