Toyota youngster Sena Sakaguchi has been making waves in both SUPER GT and Super Formula this year. His performances might be giving his former employer Honda food for thought, says Jamie Klein.

As previously documented, this year’s SUPER GT season opener was a curious affair, as the top two cars from last year’s championship standings both had substitute drivers.

In such situations, you’d normally expect the experienced hand to shine and the unknown quantity to perhaps struggle under the pressure, but at Okayama it was the exact reverse: while Hideki Mutoh flopped at the wheel of the Kunimitsu Honda NSX-GT, his opposite number in the #37 TOM’S Toyota GR Supra, Sakaguchi, shone.

Indeed, while Mutoh was so underwhelming that he didn’t even take part in the following race at Fuji Speedway once it was clear Tadasuke Makino was fit enough to race, TOM’S is already openly floating the idea of 20-year-old Sakaguchi becoming a permanent partner to Ryo Hirakawa in the absence of Sacha Fenestraz, who is still unable to enter Japan.

The irony of the situation is that Sakaguchi was a Honda junior driver, only to be cast to one side after a middling but not egregiously bad season in All-Japan Formula 3 in 2018. That year, Sena (named after the Brazilian Formula 1 legend) finished fourth overall, but one place behind fellow Honda junior and now Mugen SUPER GT regular Ukyo Sasahara.

Honda’s loss became Toyota’s gain however, as in 2019 Sakaguchi was picked up by the K-Tunes Lexus team to race in SUPER GT’s GT300 class, filling the seat alongside veteran Morio Nitta that was left vacant when Yuichi Nakayama was promoted to the GT500 ranks (pictured together below). 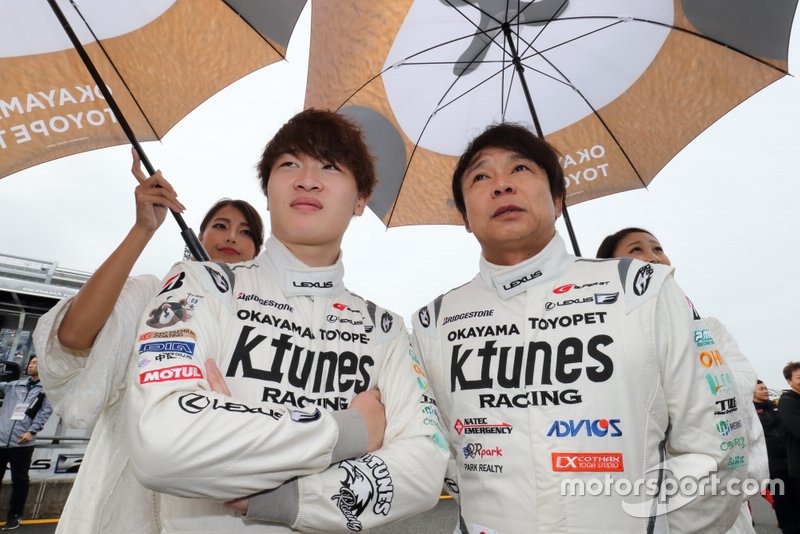 Sakaguchi says his uncle Ryohei, also a SUPER GT racer with the Inging/Cars Tokai Lotus squad, was partly to thank for him being able to land on his feet after his dismissal.

“My uncle had a relationship with the K-Tunes team, and he told them, ‘My nephew is having to leave Honda…’, so about a week later I already had a spot,” he recalls. “In my mind, I thought my next step would be GT300, and the team was very strong, so I was delighted and very thankful to drive with such a great team in my first year in GT300.

“I had an image already of where to go, but the most important thing was just to race somewhere, because if a young driver takes a year out from racing, it’s very difficult to come back.”

Last year, Sakaguchi combined his GT300 exploits with a full-time return to what had turned into Super Formula Lights, finishing runner-up to Ritomo Miyata, also making a one-off outing in the GT500 ranks at Fuji in place of an absent Heikki Kovalainen at SARD. He even found time to dominate the newly-established Formula Regional Japanese series as well.

That meant, when Fenestraz’s visa woes meant TOM’S needed a driver to partner Hirakawa in the #37 Toyota, Sakaguchi was the obvious – perhaps the only available – candidate.

But the team couldn’t have anticipated just how quickly Sakaguchi would adapt, as he scored a sensational pole in just his second GT500 start and led for the entirety of his stint, despite the chasing Rookie Racing Supra of the much more experienced Kazuya Oshima filling his mirrors. 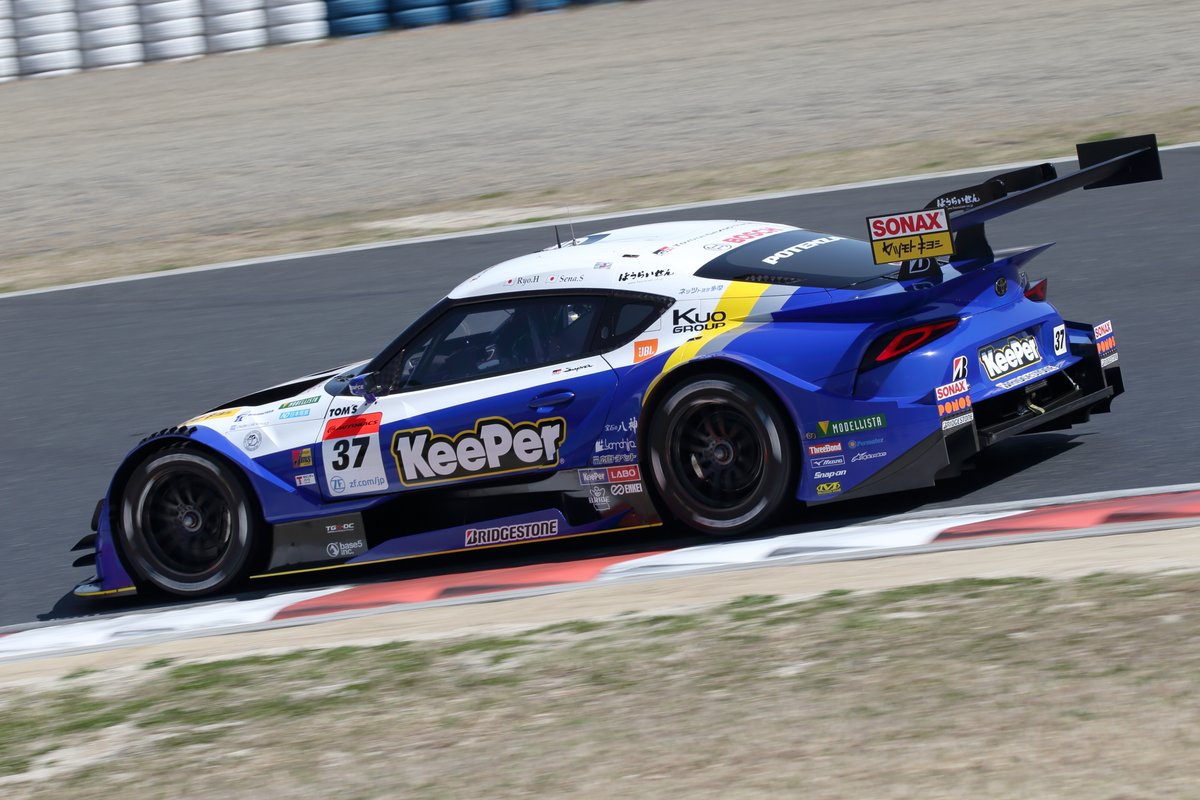 “The thing that worried me most [in the race] was overtaking the GT300s, but I was lucky with the timing, it was always good,” he said. “I even took advantage of the GT300s and make a gap to the cars behind me. It was a very good stint, I was very pleased with it.”

Unfortunately, that hard work was undone in the pits, as Sakaguchi and Hirakawa lost time switching to a ‘dive’-style stop. The time lost dropped the #37 machine to fourth, and Hirakawa was only able to get one of those places back before the chequered flag.

Sakaguchi shoulders his part of the blame for the slow stop: “When I got out of the car at the pitstop, I may have touched a paddle on the steering wheel. Because we were doing the ‘dive’ pitstop, because I am not a regular driver, there was still a lack of communication. There were things that we didn’t cover, so it was partly my fault.”

Still, third was a result to be proud of, and despite carrying success ballast Sakaguchi and Hirakawa finished in the same position at Fuji – leaving the pair third in the championship, 12 points off the lead.

While TOM’S team director Jun Yamada admits he is having a hard time working out what to do in the event Fenestraz can finally return to Japan, Sakaguchi himself says he is trying not to treat every race he gets in the #37 car as if it’s his last, forcing himself to instead think of himself as the rightful full-time partner to Hirakawa.

“For the first race, I had that feeling of being a replacement driver, but from this race [Fuji] onwards I realised I can’t be naïve and say, ‘I’m just a replacement’,” he said. “I have to forget about how long I can race here for and adopt the mindset of being a regular driver.”

Sakaguchi is also racing full-time in Super Formula this year, finally making his race debut at Fuji back in April with the Inging squad after two previous one-off outings both ended in a DNS – at Autopolis in 2018, he qualified only for the race to be cancelled due to bad weather, and at Okayama last year he suffered the ignominy of a warm-up lap crash. 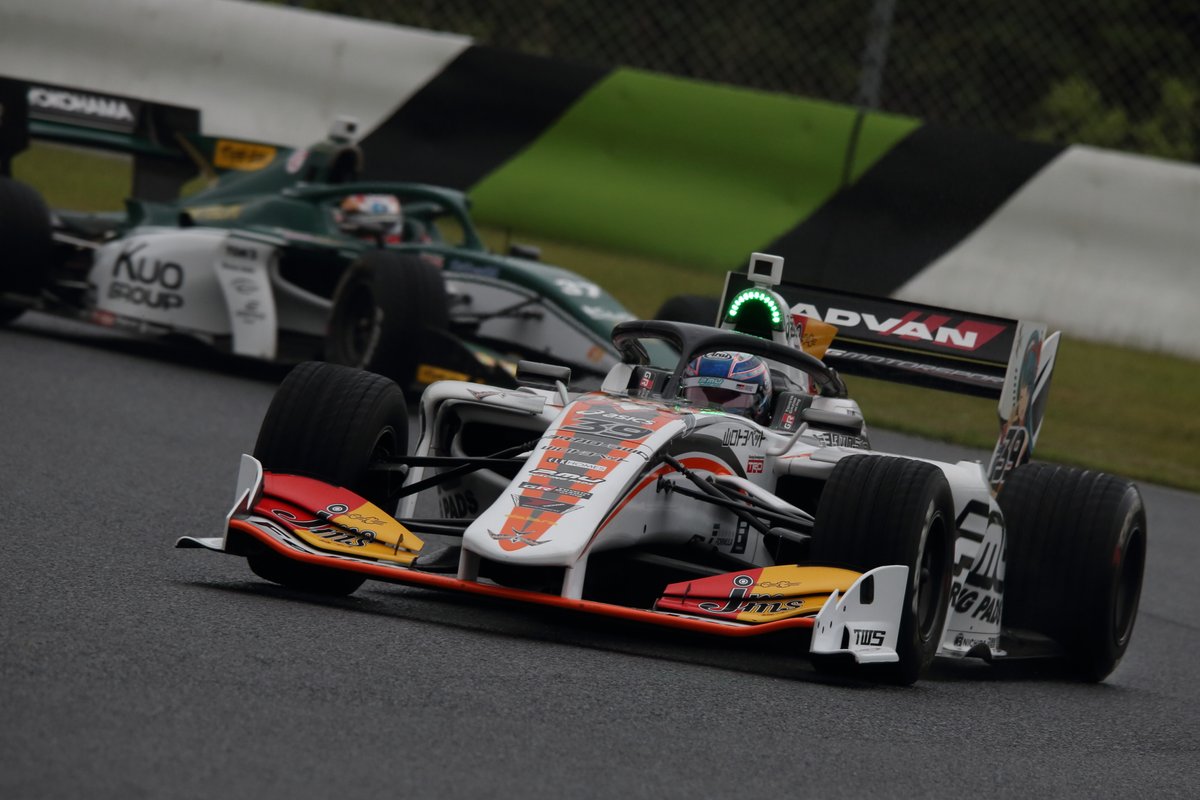 Replacing no less a driver than two-time champion Hiroaki Ishiura, who retired from the single-seater series at the end of last season, Sakaguchi’s campaign is off to a good start. Second place at Autopolis (albeit worth half points due to the race being cut short) last month leaves him eighth in the standings, some way clear of more experienced teammate Sho Tsuboi.

“It wasn’t that long ago that Ishiura won the championship [2017], so it’s hard to believe that I am his successor!” says Sakaguchi. “But I think that everyone is looking forward to seeing what kind of results I can get in the future. That team is a good team and I think with them I will be able to be confident and really perform well.”

Given how well Sakaguchi has performed in both GT500 and Super Formula this year so far, that Toyota would be proudly showing off its acquisition at the expense of arch-rival Honda.

But, go on Toyota’s official website and find its list of current ‘TGR-DC’ (Toyota Gazoo Racing Driver Challenge), and you’ll see current members Miyata, Kazuto Kotaka and Hibiki Taira, plus a clutch of Japanese F4 hopefuls. Sakaguchi, on the other hand, is nowhere to be seen.

“I’m not an official Toyota young driver,” admits Sakaguchi. “I’m kind of in between. It’s strange, because I was on the Honda scheme, so I don’t know how Toyota categorises me. So, it’s very important to get good results on the domestic scene for my future.

“Once I become a full-time GT500 driver, my goal is to win the championship, and also in Super Formula. The aim is to become the top driver in Japan. Toyota is also involved in the WEC and Le Mans, so of course I’m very interested in doing that in the future.”

If Sakaguchi keeps up his current rate of progression, not only will any doubts Toyota may have over his past links with Honda surely evaporate, but the manufacturer that dumped him three years will ago will increasingly wish it had given him more time. 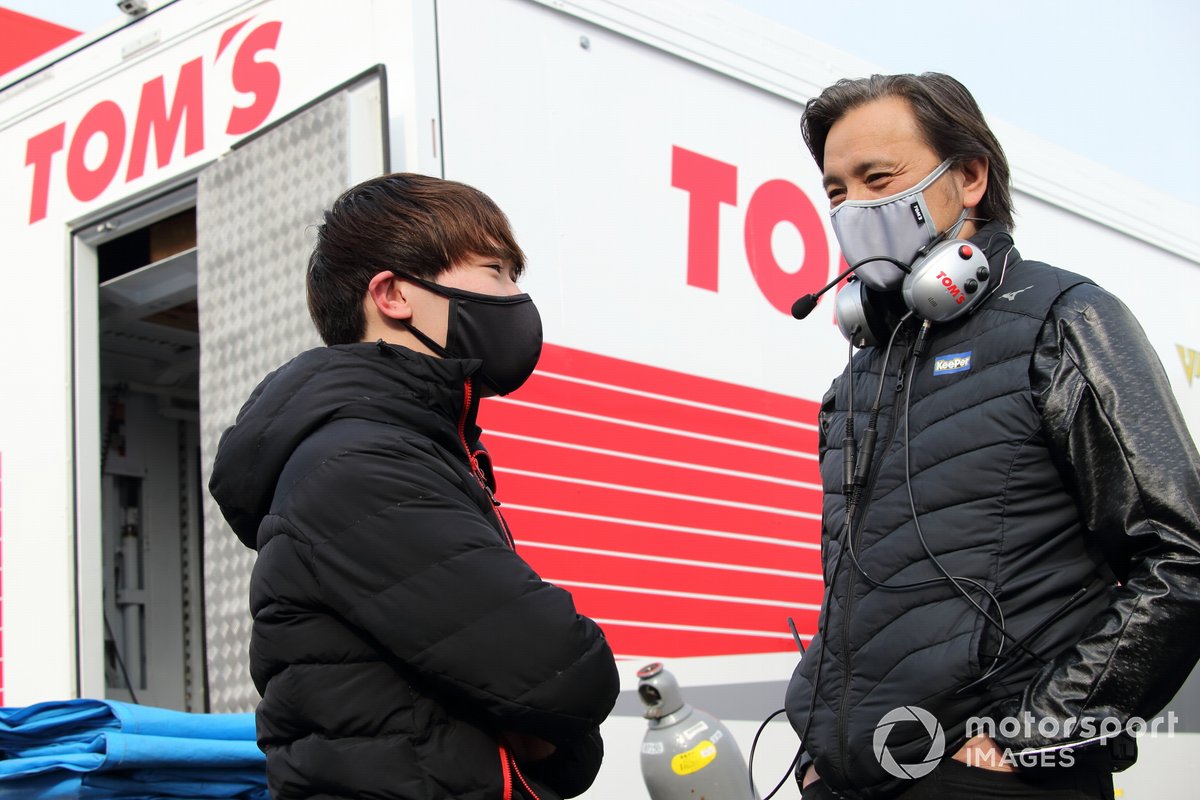