Cerumo Toyota pair Hiroaki Ishiura and Yuji Tachikawa have an enviable SUPER GT record at Fuji Speedway. So why was the #38 car shown up by its fellow GR Supras in the first two races of 2020?

When the 2020 SUPER GT calendar was radically revised to include no fewer than four trips to Fuji, Ishiura and Tachikawa would no doubt have been licking their lips.

Between them, they can count 13 wins at the Toyota-owned track - nine for Tachikawa and four for Ishiura - with the pair winning as a duo twice in the past three seasons. And yet, the best they could muster when the season began was fourth place on a day a the brand-new GR Supra swept the top five positions.

That was followed by a low-key run to seventh on a day that they should have been taking advantage of the heavier success ballast of the three cars that it finished behind last time; instead the distinctive red-and-silver #38 machine finished behind all of them.

Asked to explain this somewhat disappointing from, Ishiura suggested that the fact he and Tachikawa were so involved in the development work for the new GR Supra may have served to hinder the pair now the focus has turned towards delivering results. 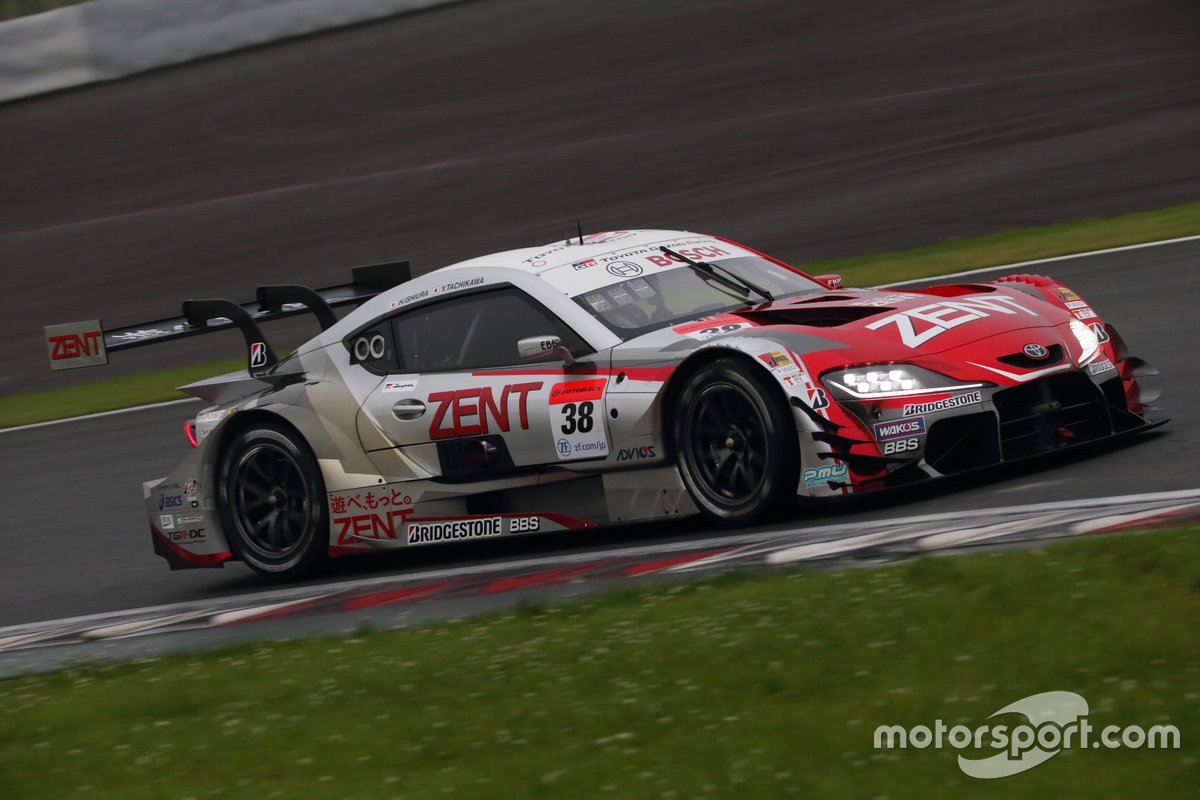 "Both of us have been developing this Supra, the test car, which is different from the car we are using now," Ishiura told Motorsport.com. "So we can feel the difference between the test car’s set-up and this one.

"The base set-up was shared with all the Toyota teams, so our target now is to find a higher level than the one established with the test car.

"We believe that because we are trying different settings, our performance dropped a little, but we know this is just a phase and our goal is to look for higher performance. We are on the way, so that’s what we’re hoping to achieve.

"Because the data was given to all [Toyota teams], we didn’t get any special treatment or knowhow because of that. So it’s true [that it didn't give any advantage]."

One other big difference for this year at Cerumo is the team's expansion to a second car, the #14 machine that is entered under the 'Rookie Racing' banner.

But both sides of the Cerumo garage have been pursuing differing set-ups, which has generally favoured the #14 car shared by reigning SUPER GT champion Kazuya Oshima and Sho Tsuboi - who sit third in the standings after finishing in that position in both Fuji races.

"We have had meetings together after each sessions, but each car has different engineering strategies," continued Ishiura. "Each team of engineers are aiming for different things. It’s not that we have identical cars.

"For example, at Fuji there was high downforce and one car on low downforce, so two cars raced with almost opposite settings. In the #38 car we used low downforce, and there is big difference in the braking [between the two approaches]."

For this weekend at Suzuka, the #38 side of the Cerumo garage has gone back to basics, and that approach appears to have paid off - with Ishiura and Tachikawa qualifying best of the Toyota and Bridgestone contingent in third place, albeit only carrying 24kg of ballast.

That compares to the 60kg and 58kg respectively for the two TOM'S Supras that lead the points, which qualified just outside the top 10, and 44kg for the #14 Cerumo car that lines up just one place behind its sister car in fourth for Sunday's race. 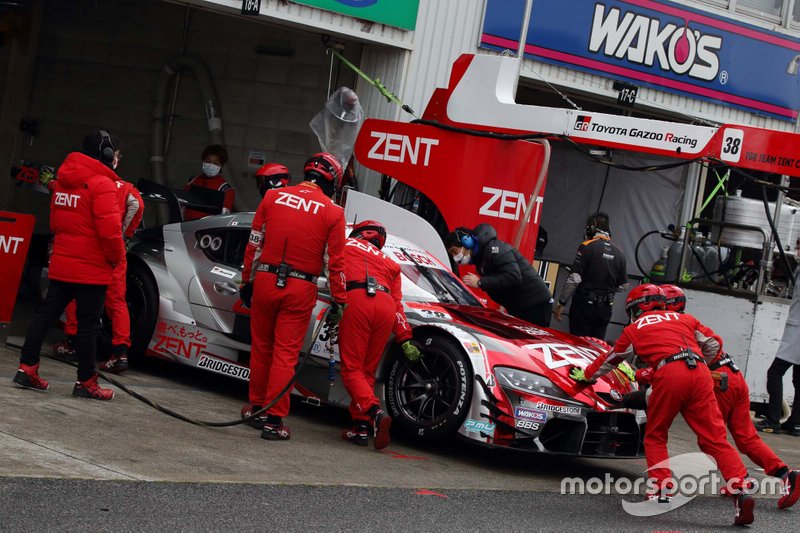 "For the first two rounds our performance wasn’t ideal, so we are approaching this race with the set-up we used a lot at Okayama [pre-season testing] in March, because it’s a similar track from a downforce point of view," explained Ishiura.

"Within the Supras, #38 is going in a very different direction to the others, but this result looks better because of the heat at Suzuka. I don’t know if we can have the same performance in the race, but it’s important data for the rest of the season.

"The goal is to kickstart our season. We want to perform well in this race. But it won’t be easy because the [Honda] NSX and [Nissan] GT-R are strong in high-downforce trim."

Tachikawa points out that because both the two cars that start ahead of the #38 car are on different tyres - Dunlop in the case of the pole-winning Nakajima Honda and Michelin for the second-placed NISMO Nissan - everything is still to play for.

"I feel good from the beginning on the high downforce circuit, but I wanted to go a little further in the qualifying," the three-time champion told Motorsport.com.

"Since the first two are on different tyres, I do not know until tomorrow what will happen, but I feel we're in a position from which we can win. The last two races weren't so good, so I feel this one is a 'must-win' for us.

"We can't be left with the same results as in the opening two races, and we are coming this time with the intention of fighting with our backs against the wall." 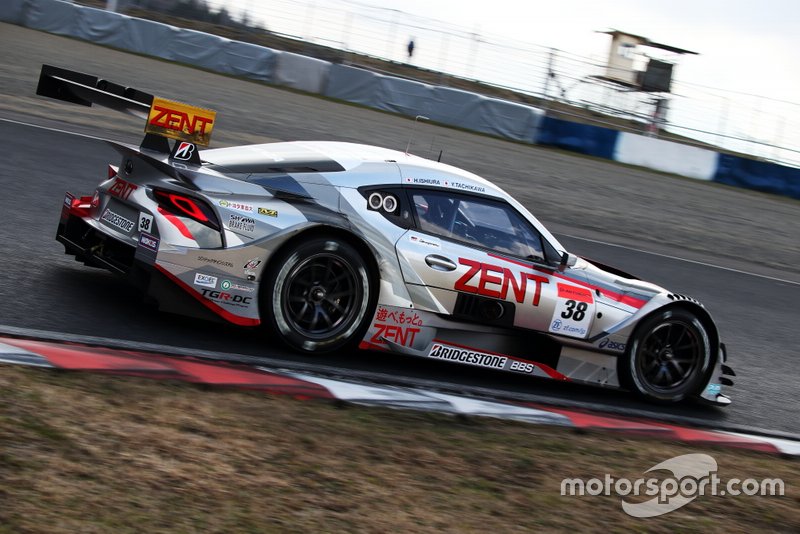