Toyota’s championship-winning GT300 team Tsuchiya Engineering could be forced to pull out from the current Super GT season after taking a big financial hit in the season opener at Okayama.

Tsuchiya Engineering has had a long presence in Japan’s premier sportscar championship, with its in-house built Toyota MR2 winning back-to-back titles in 1998 and ‘99.

The success prompted Tsuchiya to step up to the premier GT500 category as a factory Toyota team, before it quit the field at the end of the 2008 season.

It returned to the series as a GT300 team in 2015 and won the class title following year, but its future in the series has been cast into fresh doubt due to financial troubles.

Tsuchiya had been in poor financial shape at the start of the year and its troubles were compounded when Kimiya Sato crashed its 86 MC car during a treacherous race at Okayama.

The #25 Toyota was one of the several cars to suffer heavy damage in the race, prompting organisers to call off the race after just 31 laps.

Although the car has since been repaired, partly with help of fellow Super GT squad Team Upgarage, there are question marks over whether Tsuchiya Engineering has the funds to see out the season.

Team owner Takeshi Tsuchiya, who continues to race for the team at long-distance races, says his squad could be forced to quit Super GT mid-season, particularly if it helps in securing the long-term future of the team.

"If you do not do it [the whole season] you can get out, but I do not want to take the risk of losing this team next year,” Tsuchiya said.

“Now, we have really good staff, so it may be better to stop [this season] to continue the team for a long time... that's a managerial judgement."

Since returning to Super GT in 2015, Tsuchiya has fielded the likes of Toyota-backed youngsters Kenta Yamashita and Sho Tsuboi, both of whom now race for the manufacturer in GT500. 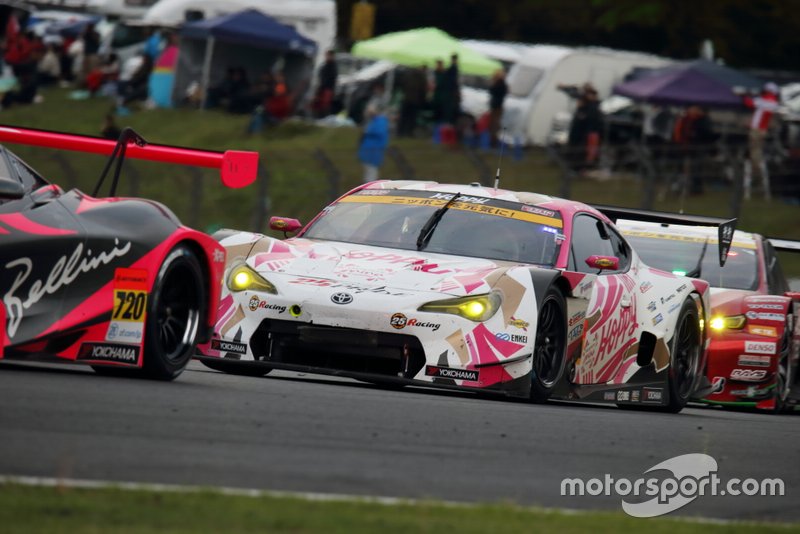 How Aston Martin has moved on from Mercedes clone controversy