Yamamoto took over from Button in the second head-to-head competition between SUPER GT and DTM after the Japanese series' three GT500 manufacturers sent one car apiece to the DTM's Hockenheim finale in October.

With Button competing in the Baja 1000 during the Fuji weekend, Yamamoto contested both races and impressed with third and fourth place finishes.

"Jenson went to Hockenheim and he drove there and he was disappointed with their result and the car," Yamamoto explained following the first race. "But he gave me a good set-up, and information, which is great news.

"It’s great information, so I want to say thank you very much JB!"

Asked by Motorsport.com to explain where Button's advice had helped most, Yamamoto said: "He told me that the Hankook tyres are really low grip, so take care!

Like all SUPER GT runners, Yamamoto took part in four test sessions on Thursday and Friday to help the drivers and teams acclimatise to the DTM's spec Hankook tyre.

Several within the DTM paddock expressed surprise at how quickly the SUPER GT field adapted to the Hankook tyre - especially the wet compound that has proven difficult in 2019 - and it helped the Japanese cars hold the edge over the DTM machines at Fuji.

While at Hockenheim the three SUPER GT teams conducted radical set-up work usually not seen in SUPER GT due to its reliance on specialised tyres, Yamamoto said a switch to a conventional set-up helped unlock the Honda's potential.

"At the beginning of the session, the first test day, I just went from the Hockenheim [set-up]," he said. "But on the first ride, it was not good.

"We did changes to the set-up and went to the usual Japanese car set-up. After the first lap, it felt better than the first day of running." 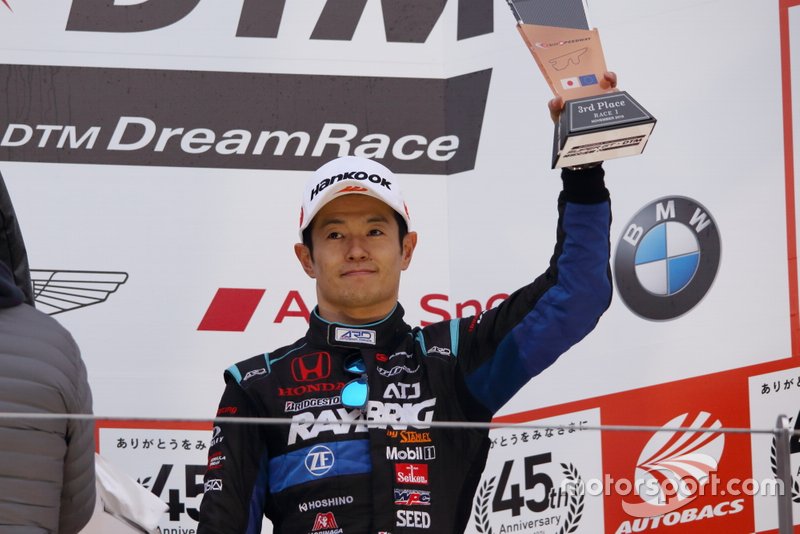