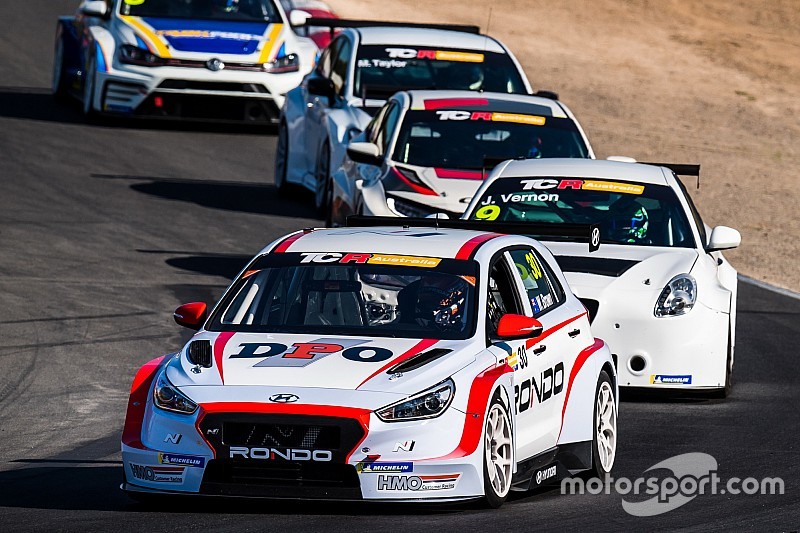 Alex Davison will the driving standards observer for the inaugural TCR Australia season.

It will be the 39-year-old's first full-blown DSO post, and comes amid a long driving career that's seen him regularly compete in Supercars as well as successful stints in Porsches both in Australia and overseas.

"It’s my first time doing a role like this in a full-time capacity. I did a one-off round for GT3 Cup Challenge, so I understand what is required and I’m excited by a new challenge for a completely new role,” said Davison.

“I’ll be setting the tone and setting a frame work early in the season, which will be important, with the idea being that we want great, close racing with a level of discipline attached – just like any other category.

“We want to avoid as many messy accidents as we can. The drivers will need to respect each other on the track while racing as hard as possible.

“This is touring car racing, so rubbing is part of the spectacle, however, there are limits. Anything that’s not fair, is not okay. Aggressive, close, really hard-fought racing is what the fans want to see.

“I’m really excited about the category. There’s definitely a great space in the market for TCR Australia and I’m looking forward to seeing it progress in the first season.”

Davison's professional driving career took off with a German Carrera Cup and Porsche Supercup programme in Europe in the early 2000s, before he returned to Australia to race in the local Carrera Cup series, winning the title in 2004.

He went back overseas in 2008 and finished second in the Le Mans Series' GT2 class, which was followed by a three-year stint as a Supercars full-timer with Stone Brothers Racing.

Davison spent one more full season in Supercars in 2013 with Charlie Schwerkolt's Tickford-run entry, and outside of that has been a regular co-driver at the Supercars enduros.

He's set to partner brother Will in the 23Red Mustang at this year's long-distance races along with some GTE commitments in the World Endurance Championship.