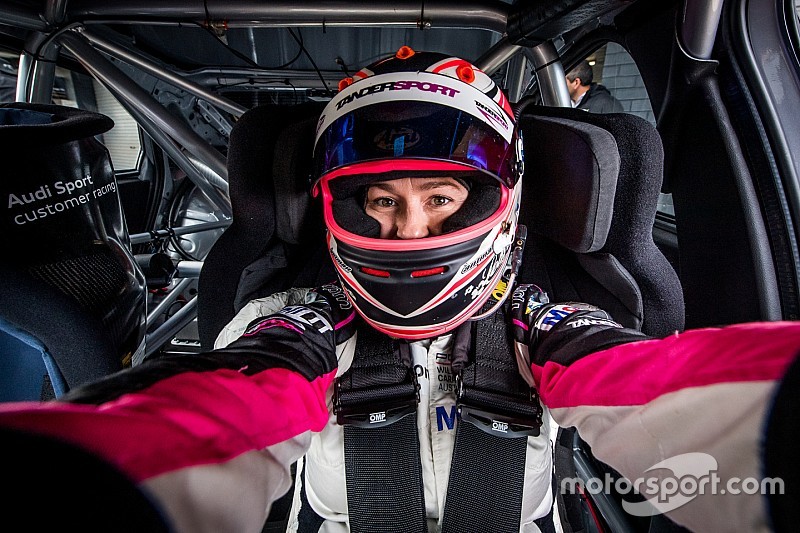 Leanne Tander will join husband Garth on the TCR Australia grid at Phillip Island this weekend, after inking a deal with the same Audi squad.

The husband and wife duo will both form part of the four-car Melbourne Performance Centre line-up, each taking the wheel of a freshly-landed Audi.

It will be a TCR race debut for both, although Leanne does have some experience after driving an Audi at the TCR Australia launch at Sydney Motorsport Park late last year.

She's no stranger to top-level motorsport either, with experience in Supercars and an Australian Formula Ford title to her name.

Tander will be the fourth female driver to join the TCR Australia grid, along with Molly Taylor, Chelsea Angelo and Alexandra Whitley.

“I’ve been hopeful of some sort of drive in the TCR Australia series," said Tander.

"It has been bubbling along for a while now, so I’m really glad that we’ve finally been able to pull it together for this weekend.

“I’m really excited about driving it at Phillip Island. I’ve done plenty of laps around there in a wide range of categories, but this is a different type of car to what I’m used to.

“I drove one of the Audi TCRs in Sydney last year, but I didn’t get a lot of laps to really feel what it was about, so I’m looking forward to having a go and seeing what it can do.

“It is fantastic to be sharing the track with three other female racers too. I’ve never raced at this high-level level in the sport with some many girls in the same race. It’s really a huge step forward and a big tick for TCR.

“To have four out of 18 drivers being female – that’s a pretty good ratio, given you generally only ever have one in the field.

“I respect Molly, Chelsea and Alexandra as a drivers. I thought they all did a great job in the first round in Sydney, and as the year progresses, I reckon we’ll see them get towards the front of the field.”

MPC has also locked in Super3 points leader Hamish Ribarits for Phillip Island, who will drive the same Audi that Dutch GT ace Rik Breukers raced at the opening round in Sydney.

Aaron Cameron will continue in the sole Volkswagen fielded by MPC.