Reigning TCR Australia runner-up Dylan O'Keeffe has flown to Europe to test a Renault TCR car, a trip that will require a stint in mandatory hotel quarantine upon his return down under. 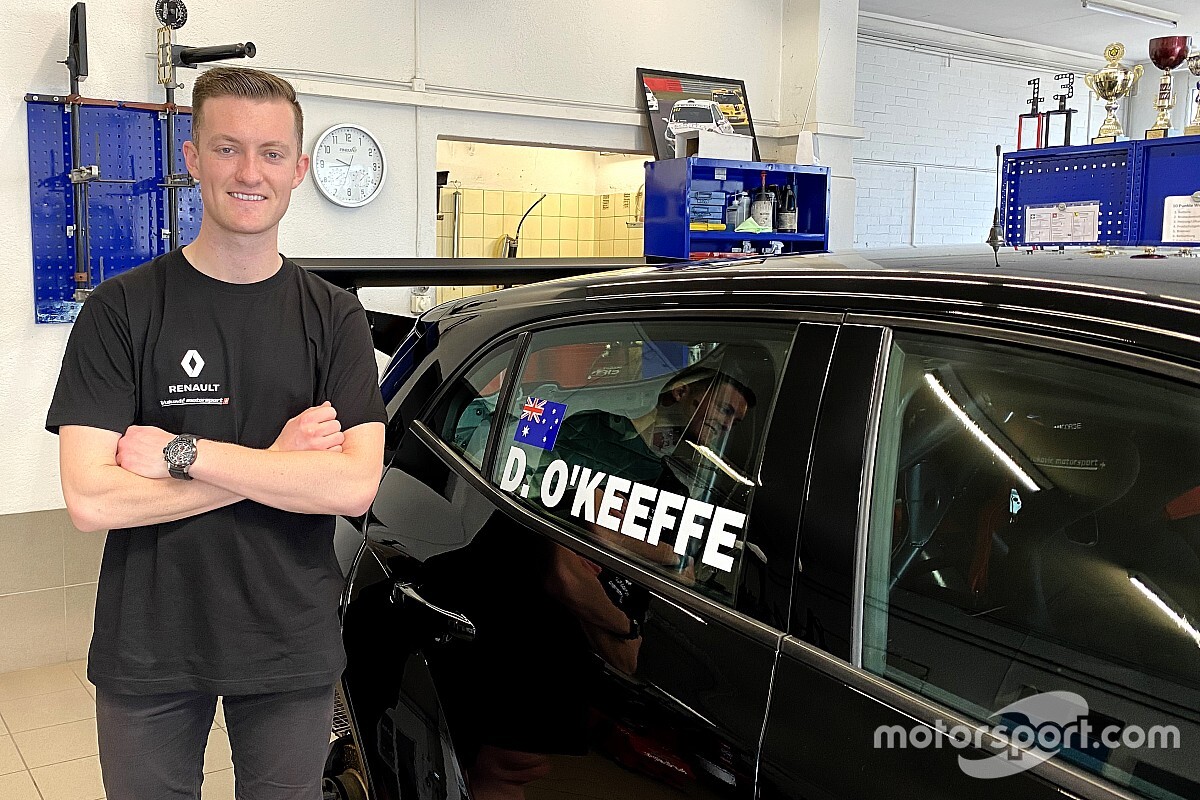 O'Keeffe, who's set to race a Garry Rogers Motorsport-run Renault in the sophomore TCR Australia season when it finally gets going, recently flew from Melbourne to Zurich after obtaining an exemption to Australia's strict overseas border restrictions.

He'll now team up with Renault TCR homologator Vukovic Motorsport before travelling to the Salzburgring in Austria this weekend to test the latest-spec Megane RS TCR car.

The test is part of an ongoing cooperation between Vukovic Motorsport and GRM in Melbourne on the new Megane spec, which is currently undergoing homologation.

After the test O'Keeffe will return to Australia, where he'll need for serve 14 days of mandatory hotel quarantine as part of the country's strict coronavirus measures.

“It’s a great honour to be here at Vukovic Motorsport’s workshop in Switzerland and get the chance to test the new-generation Megane RS,” said O’Keeffe.

“With all that is going on in the world, I thought my chances of doing something like this in 2020 was going to be slim, but when I found out that it was on and I could do it, it was really exciting and I’m grateful for the opportunity.

“I’ve never been to the Salzburgring circuit, so I’ve been doing some research and I can’t wait to get there and trial the new car.”

Vukovic Motorsport boss Milenko Vukovic added that O'Keefe's feedback will be important to the development of the new car.

“I was very impressed with Dylan straight up when he had his first test of the Renault Megane TCR car at Sandown back in February,” said Vukovic.

“I received very good feedback on the car from Dylan after this test which impressed me a lot. As I’m the manufacturer of the Renault Megane TCR car here in Switzerland, quality feedback is very important to me in development of the car.

"With the COVID-19 situation affecting motorsport in Australia, Dylan and I kept in contact a lot throughout this period. So the timing of him coming over to validate the new components and upgrades has worked out perfectly for us, that is why I have given him this opportunity."

O'Keeffe was the runner-up in the inaugural TCR Australia driving an Ash Seward Motorsport-run Alfa Romeo.