Having arrived in TCR Australia as a relative unknown, there are signs that teenager Aaron Cameron may be the real deal.

There was a certain consistency to the roll-out of driver announcements for the inaugural TCR Australia season.

The recruitment drive from organisers Australian Racing Group clearly struck a chord with what can be loosely termed the 'co-driver' market; professional racers sitting just outside of the full-time Supercars sphere.

Combined with Bathurst winner Jason Bright and current Supercars full-timer Andre Heimgartner, there were little in the way of obvious weak links from the word go.

For that reason, news that a 19-year-old karting champion had signed on to race a Melbourne Performance Centre VW stood out. After all, the name Aaron Cameron was one of very few that wasn't instantly recognisable to the casual observer.

Cameron arrived in TCR Australia as the reigning national KZ2 champ, as well as sporting a diverse car racing CV. There were clear signs of promise, sporadic appearances in Aussie Formula Ford and SuperUtes resulting in race wins, along with a class victory at this year's Bathurst 6 Hour.

But having never run a consistent programme at a properly reputable level, it was difficult to decipher just where the youngster was at.

What he did bring to the series was proper TCR experience, thanks to a handful of overseas enduro outings. Technically, he came into the season with more TCR knowledge than anyone.

But even the leg-up with the hardware wasn't expected to make up for the short-fall in outright career miles.

Over the course of the 2019 season Cameron has done more than hold his own. In a campaign that's been all about young talent, with highly-rated up-and-comers Brown and O'Keeffe fighting it out for the title, Cameron has used TCR Australia to put himself on the map. 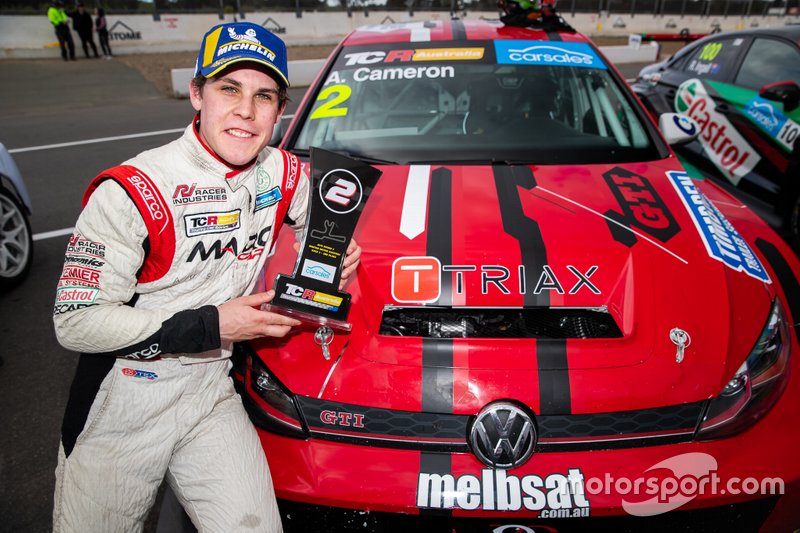 He first showed he belongs at this level with three Top 10 finishes, including a fourth place on the Sunday afternoon, at the season opener in Sydney back in May.

A clash with MPC stablemates Garth and Leanne Tander during race two at Phillip Island was a small blot on the copybook, but he responded with a first podium later that day, taking third.

And last time out at Winton he made it clear that none of it had been a fluke with a third and a second from the two Sunday races.

The latter came with Ingall hot on his heels, the 2005 Supercars champ driving an Audi run out of the same MPC garage.

After the race Ingall admitted that, with the cars set up almost identically, he had little chance of overhauling Cameron, before making public plea on TV for "corporate Australia" to step up and back this promising young bloke.

Praise doesn't come easy from a bullish, old school racer like Ingall. He's not known to pump up people's tyres out of politeness. If he says the kid is good, he means it.

Between the shout-out from Ingall, and the string of podiums against a stacked field, there's little doubt that Cameron is now very much 'on the radar'.

"Yeah, it's helped me personally, and my name's gone leaps and bounds forward," says Cameron.

"I started the year as a 'who's that?' sort of thing. I'm slowly working my way there. It's just trying to get respect from guys like Russell and Tony D'Alberto, all of the guys that have been around for years.

"It's about trying to not take them out at any time, make nice, clean passes. I think that's the best way to earn respect in this category.

"You always doubt yourself as a young guy, thinking 'am I good enough?'. So it is pretty cool when you're beating the likes of D'Alberto or Jason Bright. I'm in the same [brand of] car as [Bright], and I've beat him a lot of the time this year.

"There's a fair way to go, say, to get to Will Brown's level. No doubt Will has been really putting the results on the board, winning all the time. So I've just got to extract a bit more out of it in qualifying trim, and then that'll put us up there." 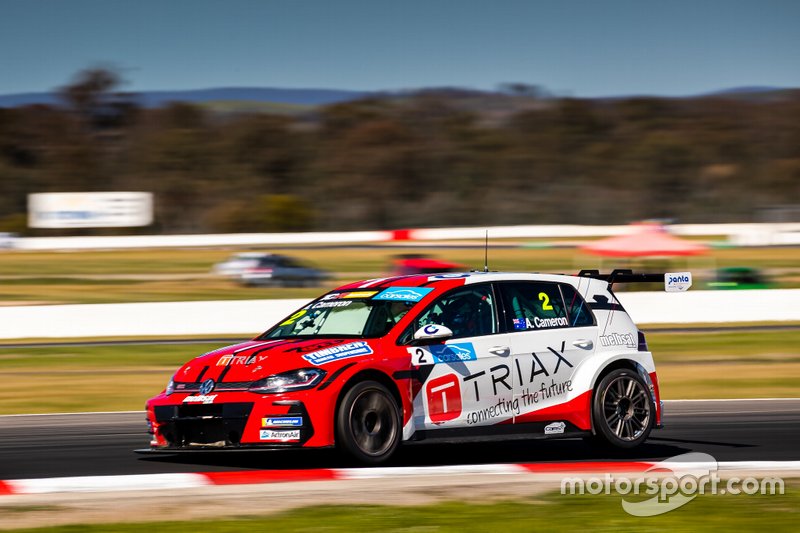 Cameron may be putting himself in the shop window, but, interestingly, he's not bothered if any Supercars teams are paying attention.

Unlike most young Aussies, he's not trying to break into the potentially-lucrative local V8 scene. He's not considering the overseas open-wheeler path either.

Instead, Cameron has set his sights on an international TCR career, with the WTCR his primary goal.

"I think WTCR and the whole TCR landscape around the world is looking pretty healthy at the moment," he says. "So that's where I think we'll be heading in the years to come.

"I really like TCR. No matter car you're in at a certain track, if you drive it properly you're going to have a shot at getting the podium. Where, if you look at Supercars, for me it's a bit about what car, what team, what year... that sort of determines your results.

"I've never driven Supercars, so I really don't know what they feel like, what they do, and all that. But these [TCR] cars, they're absolutely crazy. Like, it's sideways all the time, and you never know what's really going to happen.

"The racing is just awesome. Supercars a lot of the time seems a bit like a processional sort of thing

"So yeah, I'll try and TCR Australia next year, and then look at some one-offs drives overseas.

"It is just about what opportunities come up. Melbourne Performance Centre has got great connections with Audi overseas, so I'm certainly looking at that more next year."

If Cameron is indeed the real deal, and goes on to have a decent professional tin-top career of any kind, it will be a win for TCR Australia.

TCR's global reach has been a big selling point for ARG, so having someone like Cameron successfully use the Aussie series as a launchpad to the WTCR would be hugely convenient.

But, should he have a change of heart and successfully pursue Supercars, that might just work too.

TCR Australia may not be a threat to the top-tier of touring car racing in this country. But a viable alternative to Super2 at a fraction of the budget? Yeah, that could get a few people interested. 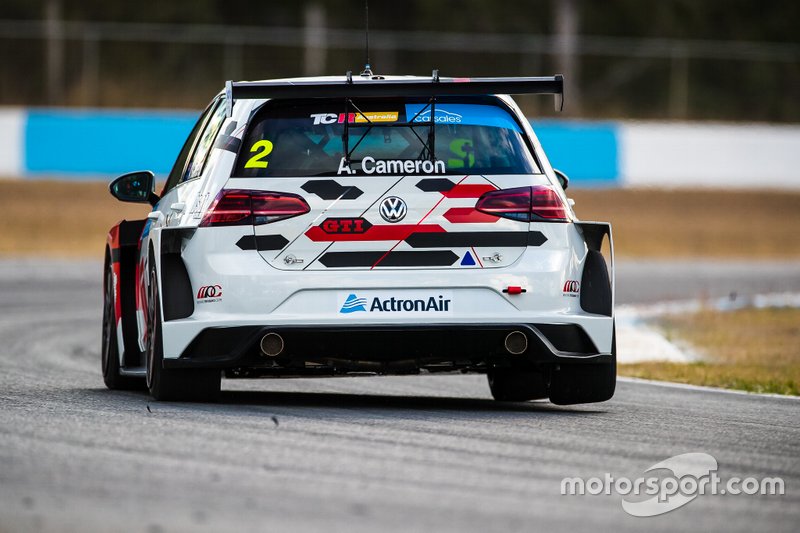 TCR to race under lights in Sydney