Tony D’Alberto will contest a second season in TCR Australia in 2020 with backing from Honda Australia, it has been announced. 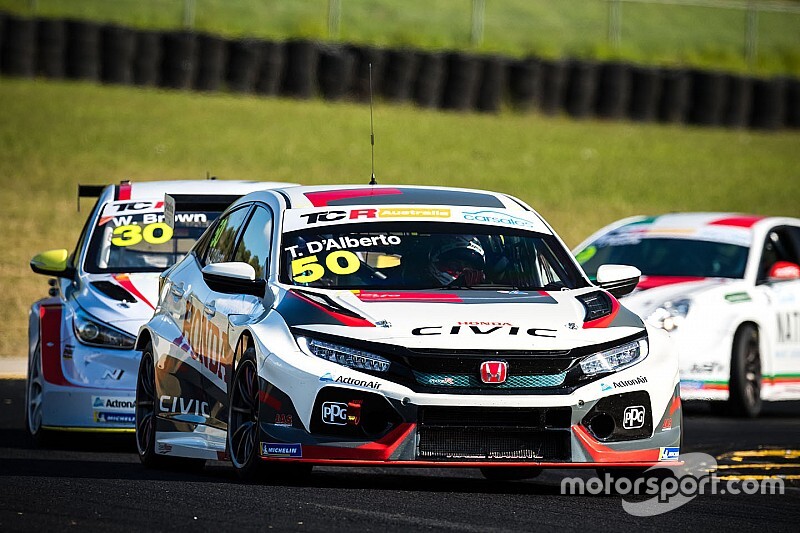 D’Alberto emerged as the closest competitor to eventual champion Will Brown in the 2019 TCR Australia title race, eventually finishing 167 points behind Brown after scoring five podiums in seven rounds.

The 34-year-old will stay with Wall Racing for another year, again campaigning the Honda Civic Type R TCR model.

D’Alberto’s newly-announced TCR commitments will come on top of his existing enduro role with DJR Team Penske in Supercars.

“I’m excited to be back with Honda and Wall Racing, and we are all aiming to go one better in 2020,” said D’Alberto.

“We had a really good year last year. It was one of the most enjoyable seasons I’ve ever had as a race car driver. The atmosphere in the TCR paddock is great and the competition was really strong.

“It’s fantastic to have Honda’s continued support and involvement with my Civic Type R, Wall Racing and the TCR category as a whole. It was an honour to be a part of their 50th year in Australia in 2019 and to help them celebrate such a significant milestone with their customers, dealers and staff.

“Tony and the team at Wall Racing really showcased what a great performance car we have in the Civic Type R during the first year of the TCR Australia Series,” said Honda Australia Director Stephen Collins.

“They started the year in the best possible way, scoring the first pole position for the new racing category and bookended the season with an epic come-from-behind drive to clinch second place in the championship.

“Tony has plenty of experience around Bathurst in Supercars and GT Endurance racing, and he was part of our support team during the historic Australian Type R Challenge activity, so the entire team at Honda Australia is really excited to see the Civic Type R take on the famous mountain track once again. “

The livery for D’Alberto Honda Civic Type R will be unveiled in the run-up to the pre-season test, which is scheduled on February 26 at Winton Raceway.

The new season will kick off at the Sydney Motorsport Park on March 27-29.