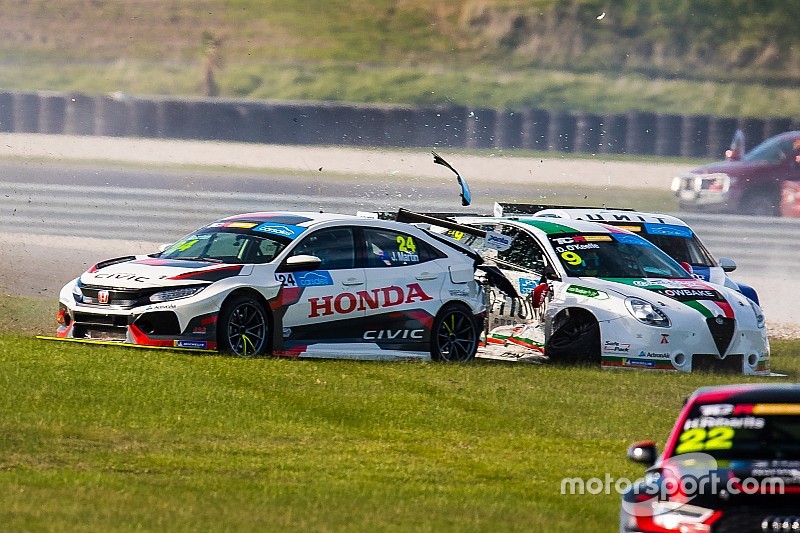 Honda drivers John Martin and Tony D'Alberto will both be part of a chassis reshuffle for next week's TCR Australia round at The Bend.

Martin's Wall Racing-run Civic was badly damaged on the opening lap of the final race at Phillip Island, the subsequent rebuild now being held up by a component that's yet to arrive from overseas.

That's led to a chassis shuffle for The Bend, with D'Alberto set to shift into one of two brand new Civics recently acquired by the squad, while Martin moves into the car raced by D'Alberto at the opening two rounds of the season.

New signing Jordan Cox will race the other brand new Civic, with all three cars set for a pre-event shakedown at Marulan in New South Wales.

“It has been a big job, but we elected to make it a big job to ensure that we did it properly,” said team over David Wall of the post-PI rebuild.

“We could have got John to the event in his car, but the fix wouldn’t have been to our desire. We wanted to make sure it was perfect, so we elected to switch chassis.

“There’s no harm for John. Tony has proven that his car is competitive, so we feel that we’ll have three very fast cars for The Bend.

“It’s good that we have the ability to shake the cars down too. That will allow us the chance to iron out any bugs and hit the ground running.”

Dylan O'Keeffe's Alfa Romeo, which clashed with Martin's Honda, was rebuilt with the held of a second-hand road-going Alfa by Ash Seward Motorsport.

The third TCR Australia round kicks off on Friday July 12.