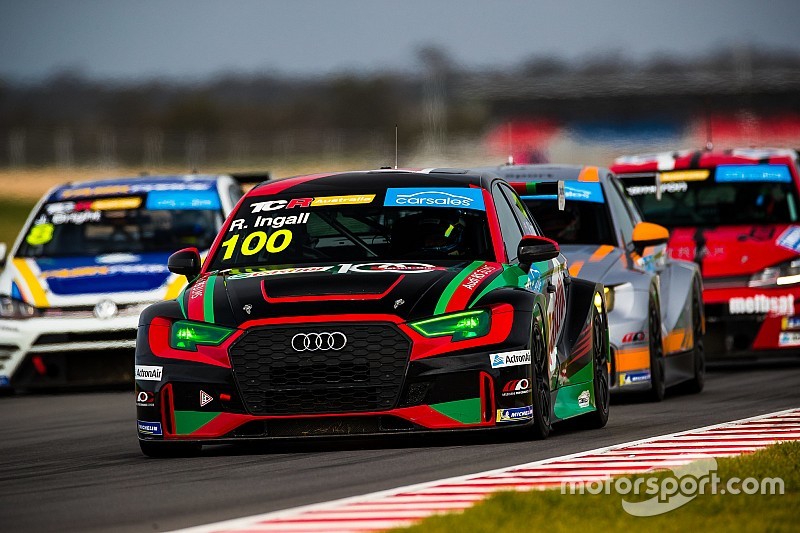 Russell Ingall and Leanne Tander will return to the Melbourne Performance Centre Audi squad for this weekend's TCR Australia round at Queensland Raceway.

Former Supercars champion Ingall will make his second start in an MPC-run Audi, following his TCR debut at The Bend earlier this month.

With a best finish of sixth from the South Aussie circuit, he says he's hoping to pick up where he left off in Ipswich this weekend.

"It’s fantastic to be back again," Ingall said.

"I really enjoyed my first TCR outing at The Bend. It was pretty challenging – learning the car, circuit and the lot. But by the end I was starting get my eye in.

“Unfortunately, the event was over just as I was getting into it, so having a second stab at a track that I know really well is going to be awesome."

For accomplished racer Tander it will be a third consecutive TCR Australia hit-out, as she continues to lay the foundation for a planned full season assault in 2020.

“Hopefully it’s third time lucky for me, because I feel that we’ve been close but my qualifying results have been sub-optimal,” she said.

“The Bend’s mixed weather caught me out in qualifying, but if I can qualifying in the Top 10, I feel I have the race pace to stay there and move forward.

“Getting another chance to drive the Audi is really valuable. I’ve just been on round-by-round deals at the moment, which is okay as I want to get more seat time in preparation for, hopefully, a full-time deal for next year.

"These laps will only help.”

Missing from the MPC squad will be Leann's husband Garth Tander, the Audi he's raced at the last two rounds set to be taken over by a yet-to-be-revealed driver.

Qualifying and all three races from Queensland Raceway can be streamed live and free from anywhere in the world via Motorsport.TV.