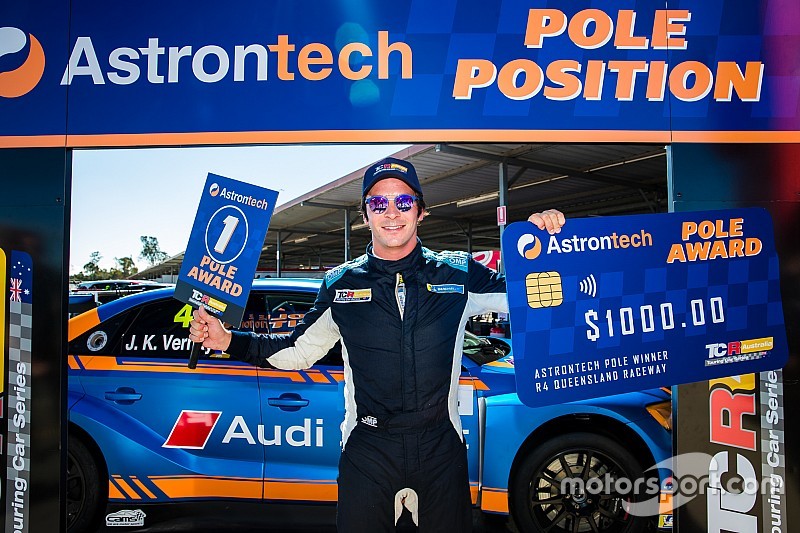 The WTCR regular first put his Melbourne Performance Centre-run Audi on top midway through the 30-minute session with a 1m13.337s.

He was then shuffled back as the likes of Dylan O'Keeffe (Ash Seward Motorsport Alfa) and Martin (Wall Honda) improved, before a final run saw the Frenchman grab pole by just six thousandths of a second with a 1m12.941s.

"It was a very close qualifying," said Vernay.

The top four all finished within a tenth of the pole sitter, with Martin followed by HMO Hyundai driver Will Brown and O'Keeffe.

All three races can be streamed live and free from anywhere in the world via Motorsport.TV.