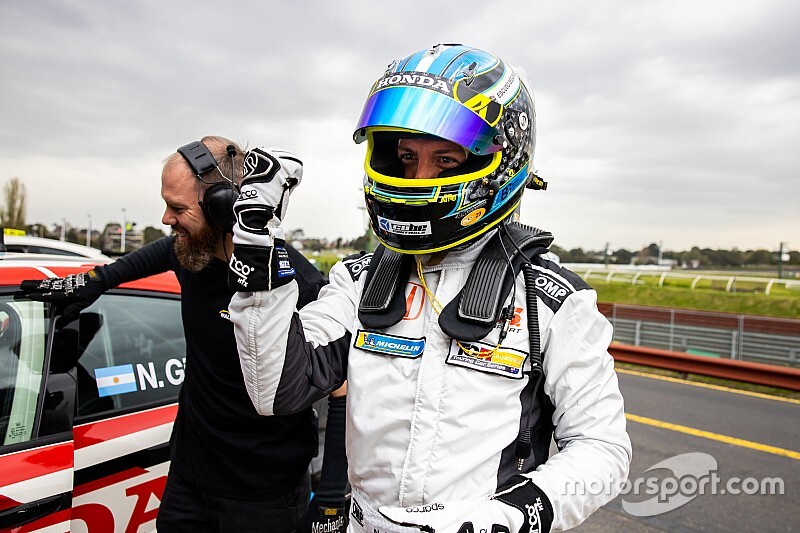 The race was swiftly neutralised by a Lap 2 Safety Car, called thanks to Russell Ingall (MPC Audi) firing off at Turn 1, and Bryce Fullwood (Kelly Holden) nerfing Nathan Morcom (HMO Hyundai) into the gravel at Turn 9.

Following the Lap 7 restart Cox made a pair of costly mistakes at Turn 1, losing second to James Moffat (GRM Renault) on on lap, before making contact with Martin after running wide on the next.

The contact was enough to take Martin out of the race.

A second Safety Car, called to clear Alexandra Whitley's broken down Volkswagen, was followed by third mistake for Cox at Turn 1, Garth Tander taking that opportunity to pounce and grab second.

But even the three-time Bathurst champion couldn't run down Girolami, the Argentine taking his second win of the weekend by 1.5s.

Cox, meanwhile, ended up way down in 13th, after being spun by Andre Heimgartner (Kelly Holden) in the closing stages.