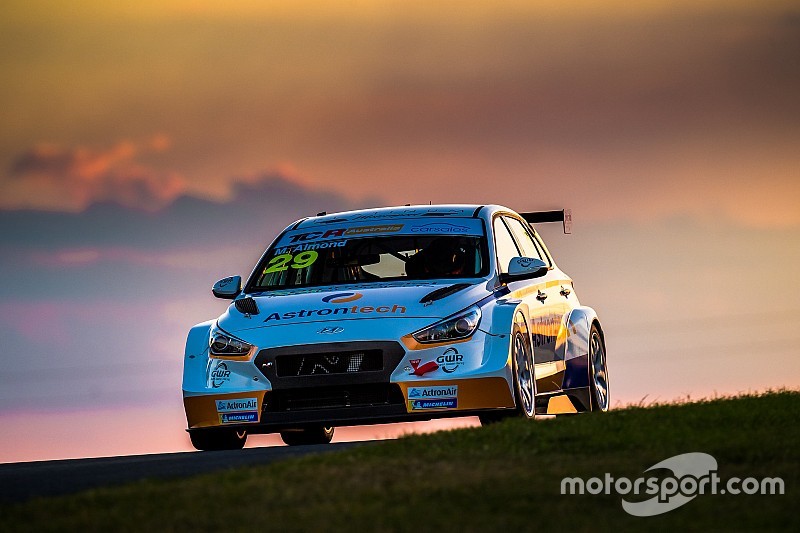 Almond and Honda driver John Martin traded fastest laps in the early stages of the session, both dipping into the mid-1m35s.

Almond quickly landed the hammer blow, though, pulling six-tenths clear with a 1m34.636s.

As was the case in today's first session, there was no running the Hyundai driver down. He ended the day on top by 0.15s, Alfa driver Dylan O'Keeffe closing the gap 10 minutes from the end.

O'Keeffe's lap bumped Martin back to third, with Nathan Morcom finishing fourth in his HMO Hyundai.

Tony D'Alberto was fifth in his Honda, Jason Bright best of the Volkswagens in sixth, and Audi GT ace Rik Breukers seventh in his RS3.

Rullo also caused a red flag that saw the session cut 90s short, after an off at the fast first turn thanks to rear wing issue.

Will Brown, who was fourth in his HMO Hyundai in the first session, didn't set a single time thanks to a combination of steering rack and throttle problems.

Motorsport.tv will be live streaming every race of the 2019 TCR Australia season free.