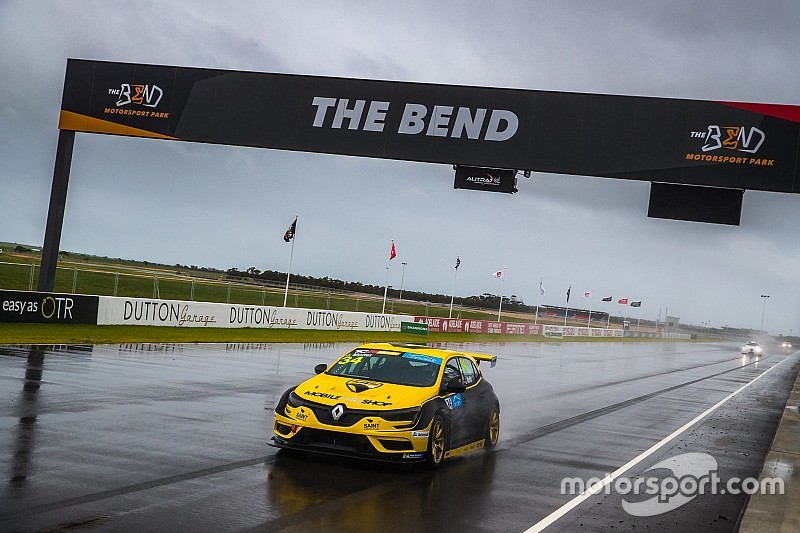 There was doubt over whether the Garry Rogers Motorsport Renault driver would even take part in today's action, following a nasty rear-end crash with Will Brown during yesterday's opening practice session.

It took a trip to a local hardware store to source polycarbonate for a new rear window, as well as off-site repairs to components from the back end of the car to get it ready for today's action.

With a little over 10 minutes to go drivers started to experiment with slick tyres, some even running a mix of compounds with slick fronts and wet rears.

It wasn't until the very end of the session, however, that anyone found a meaningful gain. Moffat went a second clear of D'Alberto right at the flag, grabbing pole with a 2m06.084s.

"Unbelievable. There aren't words good enough to describe these legends at GRM," said Moffat. "I'm just the lucky guy that gets to drive this car.

"Without their efforts all Friday afternoon and into Friday evening, we would never have got this car back on track. I'm super happy to get a pole position, first pole position for Renault. But I'm just a small part in this team effort."

It will be an all Wall Honda fourth row, John Martin leading Jordan Cox, while Jason Bright (Alliance VW) and Alex Rullo (Kelly Racing Holden) rounding out the Top 10.

The first of three 30-minute races kicks off at 1:45pm local time, which can be watched live and free from anywhere in the world at Motorsport.TV.