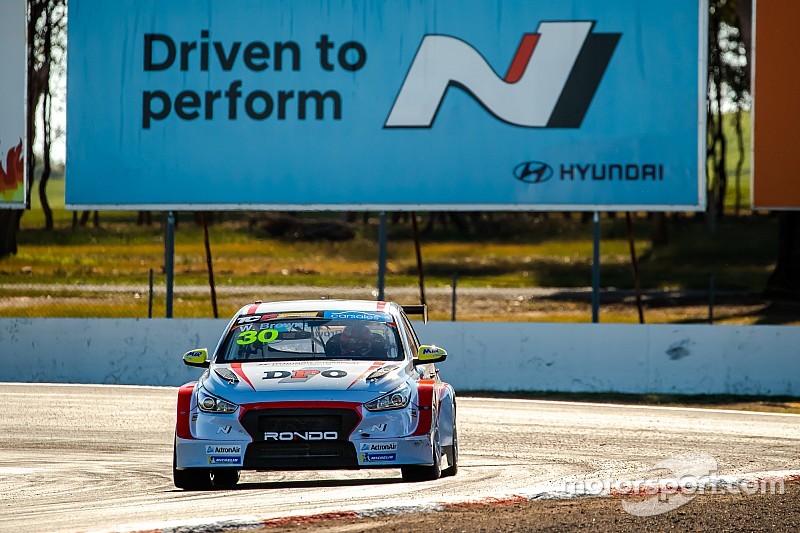 There were contrasting fortunes for the TCR Australia contenders in practice at Winton, with Will Brown topping the times as Dylan O'Keefe crashed his Alfa.

Following an early stint on top, Brown pulled a whopping eight-tenths on the field with a 1m25.147s before the halfway mark in the 50-minute session.

The HMO Hyundai driver didn't improve from there, but he didn't need to either. It wasn't until the final 10 minutes that the whopping gap was reduced, and even then John Martin (Wall Honda) still fell a tenth short of Brown's benchmark.

It was a different story for other title contender in the field, ASM Alfa driver O'Keeffe bringing out the red flag with 18 minutes to go after nudging the Turn 6 wall.

He was able to get back to pits under his own steam, but was left buried down in 11th in the times.

He wasn't the only drive to have dramas at Turn 6, Leanne Tander backing her MPC Audi into the wall at the same spot several minutes before O'Keeffe.