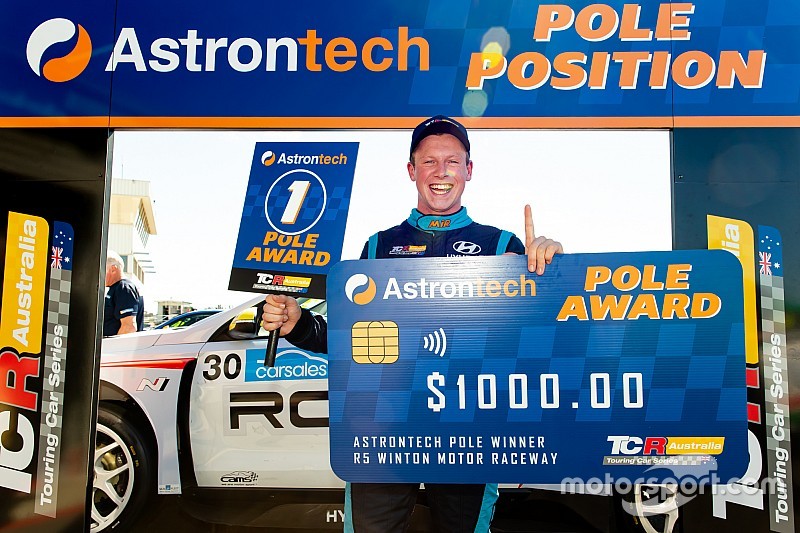 The HMO Hyundai driver made a flying start to the session, pulling six-tenths clear of early leader Jason Bright (Alliance VW) with a 1m24.797s just before the 10-minute mark.

Brown's margin was quickly reduced by a flurry of quick times, the likes of teammate Nathan Morcom and Wall Honda driver getting to within a couple of tenths of the leader.

But Brown wasn't done there, blowing the margin back out to over a half a second with a 1m24.098s with 10 minutes to go.

Having used two sets of new front tyres, Brown was forced to park up for the rest of the session.

However nobody was able to run the points leader down, Andre Heimgartner (Kelly Holden) getting closest, but still falling 0.2s short of denying Brown a first TCR pole.

"It was awesome. HMO Customer Racing has done a great job.I'm really happy to get out first pole. The boys can buy some beers with [the pole cheque]."

Martin will start the first race from third, with Dylan O'Keeffe (ASM Alfa) recovering from a poor morning practice session to qualify fourth.