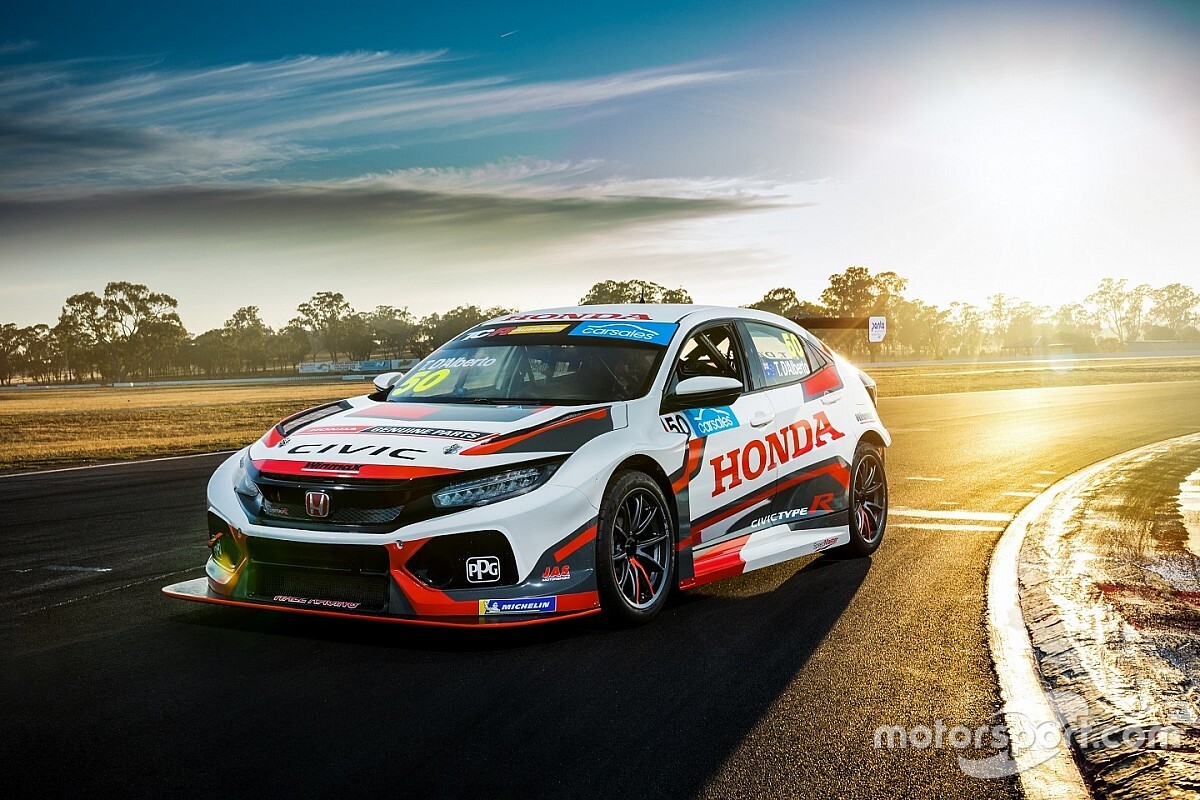 D’Alberto, whose 2020-spec Honda Civic Type R TCR was unveiled by Wall Racing on the morning of the test, lapped the Winton Motor Raceway in 1m24.184s, 0.08s quicker than Morcom’s HMO Customer Racing-run i30 N.

“We had a good day actually,” said D’Alberto. “We did quite a few things we wanted to try. The car was  much better than when we raced here last year.

“I think we’ve made a  bit of an improvement with the set-up and our philosophy with the set-up. It's nice to be quickest today, but it doesn’t mean a lot.

“We are obviously happy about it but we know that there is huge amount of work to do to stay there.”

Morcom’s teammate and 2019 champion Will Brown made it two Hyundais in the top three, his time of 1m24.209s just 0.25s shy of D’Alberto’s benchmark

Jordan Cox was fourth fastest in GRM’s Alfa Romeo, while John Martin was another four hundredths adrift in the second of the Wall Racing Hondas.

Sixth place went to the GRM Peugeot of Aaron Cameron, ahead of the Honda of Zac Soutar (Team Soutar) and Cameron’s teammate Dylan O’Keefe (Renault).

A new set of kerbs have been installed at the exit of Turn 3 and the inside of Turn 4, replacing the outdated high kerbs and straightening the approach to the latter.

The track changes received a thumbs up from D’Alberto, who praised the organiser for creating a more flowing section.

“Yeah, I was just talking to Johnny Martin about that and everybody is really impressed with the changes they’ve made," he said.

“It's opened up that corner. It’s actually given the drivers a little bit leeway to explore a little bit more. Before, if you dropped a wheel on the entry to four, you were just toast, you were gone. Instead it's giving you that chance to explore a bit more, use a bit more road and if you don’t quite get it right, you are not going to be in the fence.

“So I really like those changes they've made. You can flow the car a bit more.”

The new TCR Australia season will kick off with a non-championship round on March 13-15 at Albert Park, joining the support bill for the Australian Grand Prix.