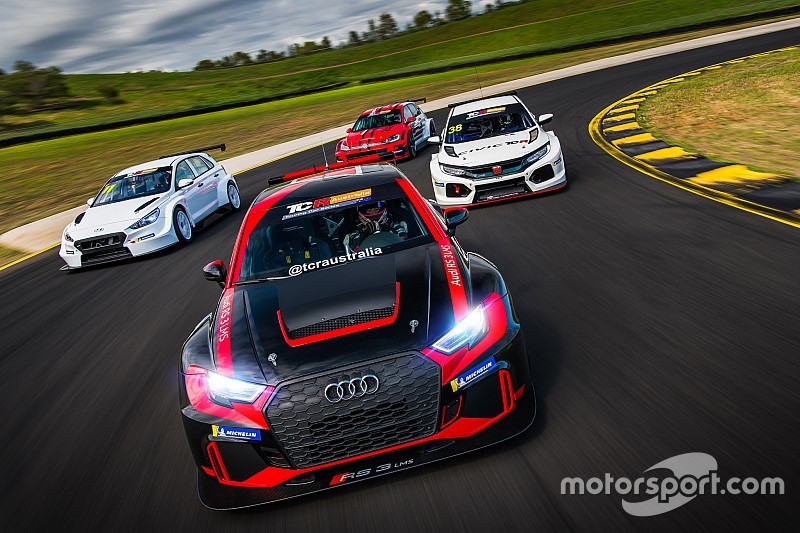 TCR Australia has placed a 20-car limit on grids for its debut season next year, as well as a five-car cap per manufacturer.

As the series reaches the business end of its campaign to woo drivers and teams for 2019, interested parties have now been told that there will be a 20-car cap on the grid for the inaugural season.

There will also be a limit on cars per manufacturer as well, with no more than five examples of any one model allowed for the first season in a bid to promote brand diversity.

"There is some nervousness and some naivety around the series [from manufacturers] with how it works," explained category manager Matt Braid.

"The beauty of the series is that there's 13 brands which you can run in Australia. Realistically, we think most people are only going to run brands that are represented here [as manufacturers or importers], so that's 10.

"So you'll have five cars per brand, that's 50 cars to choose from effectively.

"There's plenty of scope there. We don't think it's limiting. There was some questions from the competitors about, what if you have a favourite brand? Well, that's fine, but be the first in there to get the entry in.

"Five, we think, is a fair number. There's still scope to run numerous brands, numerous cars of one brand, without it being [visually] dominating."

Both the 20-car grid and the five-car manufacturer limit could be short-lived, however, with Braid confirming that they will be reviewed ahead of the 2020 season.

"We want it to be viable, professional, and competitive," he said. "So, 20 is where we think is the safe number to start off because it's the first year.

"We'd love to expand that and obviously will expand that both from the brand representation and total entry point of view in 2020.

"Where to beyond that, I'm not really sure at this stage. It's a wait and see on how far we could go without effecting the professionalism, the presentation, and the competitiveness of the category."

There are currently four TCR cars in the country, an Audi, a Volkswagen, a Honda, and a Hyundai.

Braid also clarified that homologation regulations won't allow competitors to use TCR cars outside of the official series, amid rumours of plans for a rival category running under the AASA banner.

He also said homologated TCR cars won't be eligible to run at the Bathurst 12 Hour unless an official deal is done between the series and the event.

"TCR is a very heavy regulated series. Unless it is an endorsed TCR category you can't run in it," he said.

"So, if there was a deal done with TCR and the Bathurst 12 Hour to have a class in it, then yes. But outside of that you won't be allowed to run.

"The TCR regulations are the IP of TCR Global, so all manufactures homologate the cars to those regulations. Each car has to have a homologation certificate from TCR Global which has conditions on it.

"Therefore once it strays outside of TCR it's not longer an effectively-homologated TCR car. And that's why if you look around the world you don't see any TCR cars running in non-endorsed TCR series."