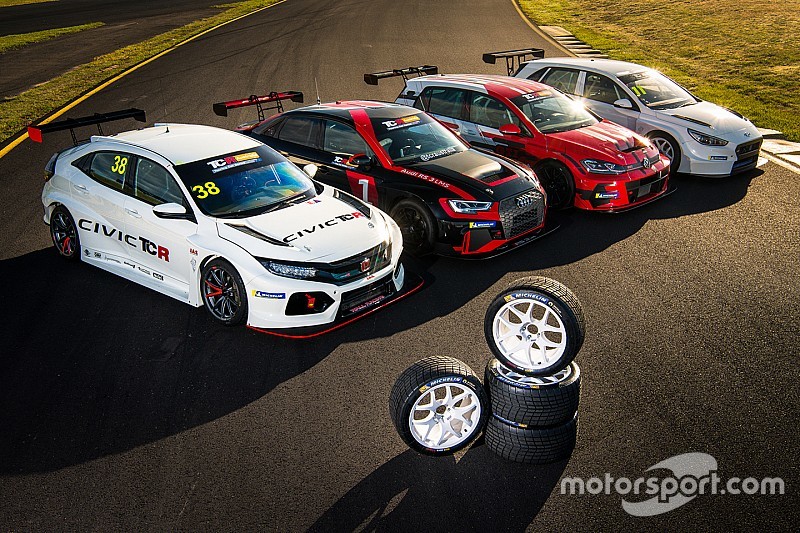 TCR Australia has confirmed the race formats it will use for its inaugural 2019 season, as well as a control tyre deal with Michelin.

The category will use a full sprint format for its seven-round 2019 schedule, with three races per weekend as it takes centre stage on the Shannons Nationals bill.

There will also be three practice sessions, and a single qualifying session tied with progressive grids.

There are plans to investigate moving to longer-distance in 2020, which could even include full endurance races.

The global Touring Car platform's Australian debut will also come with an exclusive Michelin supply deal, identical to those in TCR Asia, China, Scandinavia, Thailand and the Spanish Endurance Championship.

“We are very pleased to announce a prestigious and world-renowned brand such as Michelin to be our official tyre supplier to TCR Australia from next year,” said category manager Matt Braid.

“There was significant interest in the control tyre supply agreement for the category, and we feel very privileged to have Michelin as our inaugural tyre partner.

“The decision to select Michelin as the tyre supplier was based on their experience in Asian and European TCR competition, their comprehensive level of support they are able to provide on and off track, and their intention to use TCR Australia series in their consumer marketing activities.”

TCR cars will hit the track in an official capacity for the first time at Sydney Motorsport Park today, with a Hyundai, an Audi, a Volkswagen, and a Honda taking part in a series launch.

The S5000 launch can be watched via livestream here at Motorsport.com from 1pm local time.