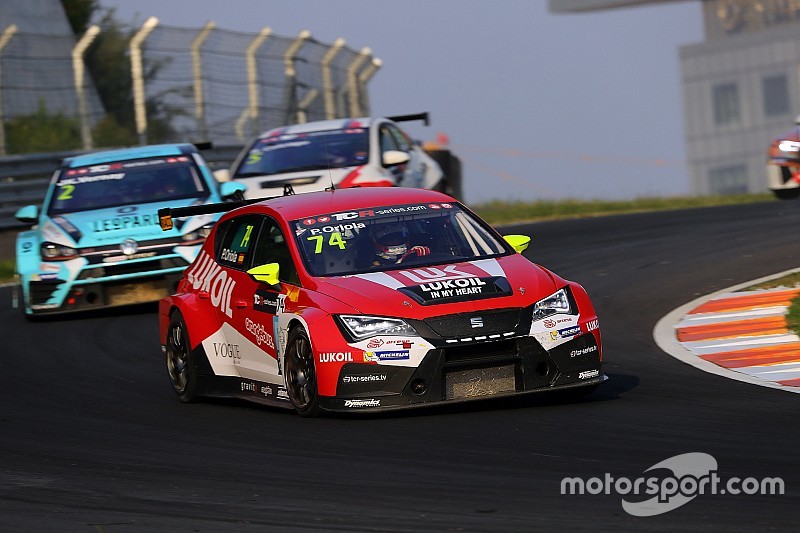 Lukoil Craft-Bamboo Racing is eager to take victory during the final round of the 2017 TCR International Series season at the Dubai Autodrome. This will be the first time that both the TCR International Series and Lukoil Craft-Bamboo Racing has competed at the Dubai Autodrome and thus presents a new challenge that the team will have to overcome on their way to the podium.

While Pepe Oriola is no longer a contender for the drivers’ championship, he currently sits in fifth place overall and a strong weekend of results could see him work his way into the top three. Oriola showed excellent pace during the previous round in Zhejiang and proved he could still fight at the front of the pack. The Spaniard has always been quick to adapt to a new circuit in his #74 SEAT Leon and with the entire field having to learn the track from the first practice session on Friday, Oriola hopes to get ahead of the field early on to set him up for the perfect flying lap.

Daniel Lloyd is looking to bounce back and finish the season on a high note after another tough round of luck in Zhejiang last month. The #17 driver is hoping to return to the form that he displayed in Oschersleben and not only take his second podium of the season but go one step better and claim the race win. We have seen some brilliant performances from the Brit throughout the season but he has been constantly hindered by bouts of bad luck. Given a clean race in Dubai, Lloyd will be able to take the fight to the series’ leaders and with his determination to end the season with a strong finish, he is certainly one to look out for.

James Nash is coming off the back of a podium finish in Zhejiang with a superb drive from start to finish and he is keen to back that up with more results this weekend. The #54 pilot’s return to form in China puts Nash in a strong frame of mind to close out his second TCR season with another podium at a brand new circuit. Despite his podium in Zhejiang, Nash has no success ballast to deal with in Dubai, which should hopefully help to give him a slight edge over some of the lead drivers. While he will have to familiarize himself with the Dubai Autodrome, Nash’s extensive experience in the SEAT Leon should see him up to speed in no time and hopefully turning laps at the top of the time sheet.

Richard Coleman, CEO of Craft-Bamboo Racing: “This season has very much been a challenge for us in TCR International but we hope to win another race at the forthcoming round in Dubai and finish the season as strongly as possible. TCR haven’t been to this circuit so it is difficult to judge the BoP, I think we will be ok but I once again expect the VW to be the form car.”

James Nash, #54: "I am looking forward to the final event in Dubai. It is a shame we are not with the F1 next weekend but I love to drive the Lukoil SEAT Leon, so I will be fighting hard to end the season on a high."

Pepe Oriola, #74: “I am looking forward to the final event of the year. It was a tough year for me because I feel I could be up higher in the standings, especially without the failure in Buriram. There is still the possibility to get into the top three in the championship, so I will fight for that. I am really happy to go back to Dubai, which is the track that I competed at for the 24 Hours when I was 15 or 16. I really hope that the whole team does a great job and we can score some points for the teams’ championship as well.”