Difficult round for Romeo Ferraris in Budapest 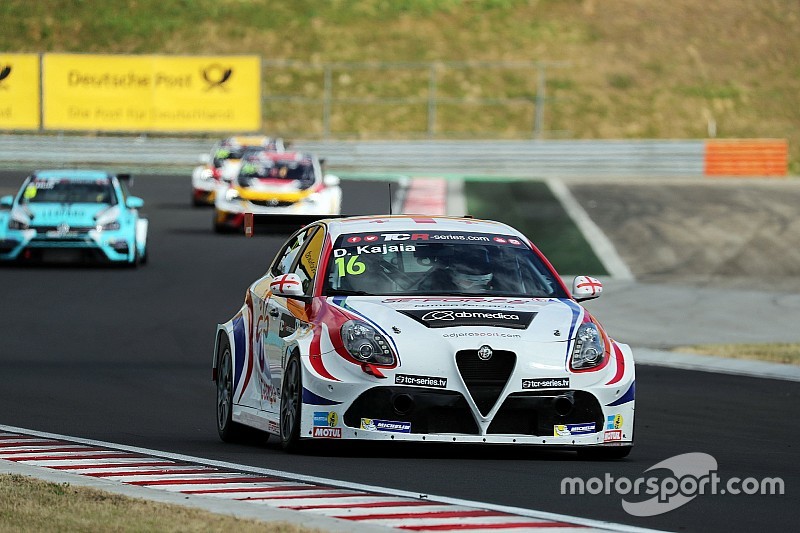 The Hungarian round of the TCR International Series confirmed that this was to be the toughest weekend of the year for the two Alfa Romeo Giulietta TCR of GE Force.

Despite the win at the Salzburgring one week earlier, the expectations of the Romeo Ferraris staff weren’t at the highest as they arrived at Budapest. The Hungarian round of the TCR International Series confirmed that this was to be the toughest weekend of the year for the two Alfa Romeo Giulietta TCR of GE Force, joined for the occasion by a third car fielded by Unicorse Team.

As from free practice, it appeared clear that the slow corners of the Hungaroring, and the continuous ‘stop-and-go’ effect breaking the rhythm posed an issue to the Alfa Romeo Giulietta TCR, as it was confirmed in qualifying, with none of the cars making it to Q2.

In Race1, Davit Kajaia narrowly missed the point of P10 in the closing moments, after a good race, while Dusan Borkovic was forced to retire by an exhaust problem, solved in time for Race2. This race would prove even more frustrating, with Kajaia caught up in the first lap pile-up and Borkovic again forced to retirement.

“Undoubtedly, we cannot be happy of how things went this weekend. But, if I think back to twelve months ago, when we had to stop the race programme and go back to development & testing, to endure a zero-point weekend after winning three races is kind of a luxury problem! What really concerns us is the state of Kajaia’s car after the severe and spectacular crash in which he was involved without any responsibility. The priority now is to verify exactly the damage sustained by the car, hoping it will be repairable for the next round in early July. A lot of work is awaiting us to rebuild the Giulietta, but we will come back with even greater motivation”.

Craft-Bamboo Racing back on the podium in Hungary