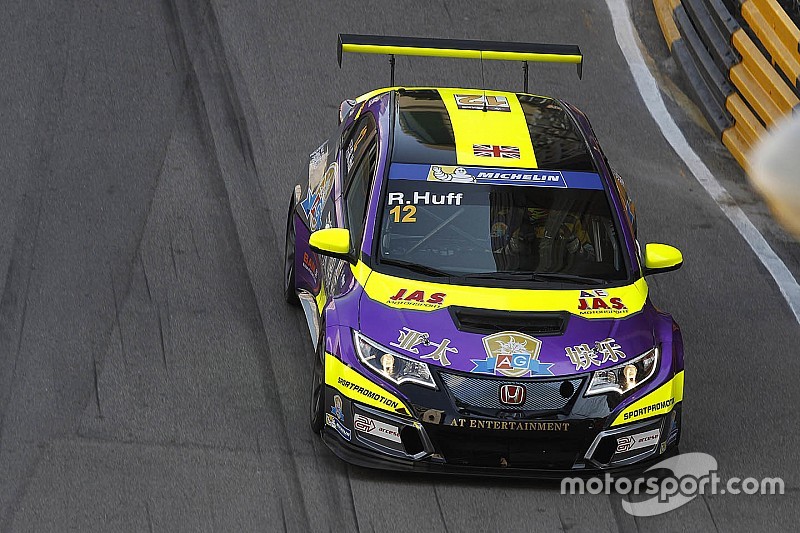 Rob Huff says the move by Jordi Gene that triggered a multi-car crash at the start of the second TCR race at Macau was “stupid”.

Lada WTCC regular Huff, who was making a one-off TCR appearance in order to try and secure an eighth win around the streets of Macau, was eliminated at the start of Race 2 after contact with Gene heading into Reservoir Bend resulted in a pile-up that brought out the red flags.

Afterwards, Huff revealed his irritation at Gene behaving so aggressively towards someone not in contention for the title, saying: “What happened in race two was a shame.

“Gene was alongside me and didn’t seem to want to turn for the corner and, of course, the entire field was behind us with nowhere to go when we hit the barriers and several cars were taken out of the running.

“Ultimately, it was stupid of Gene to do that, because I’m only here to win two races.”

Nonetheless, Huff was still able to take victory in the earlier race, beating Gene – who was handed a $1000 fine for causing the race two crash – by a healthy seven second margin.

“It’s fantastic to be the most successful car driver in Macau,” said the WestCoast Honda driver. “It’s something I’ll gladly take away with me and I certainly plan on coming back for a ninth!

“I had everything under control and was driving well within myself throughout, just focusing on managing the gap and bringing the car home in one piece.”