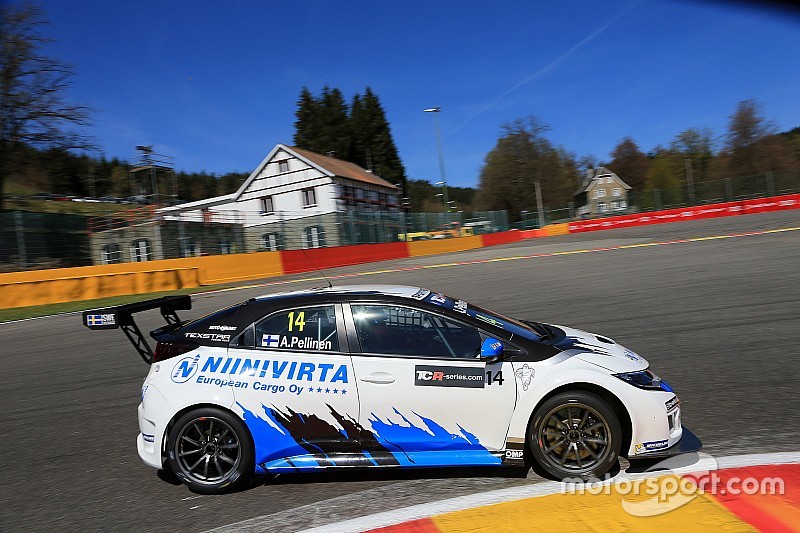 Having outqualified his teammates to slot in third on the grid, Pellinen launched off the line and passed poleman Dusan Borkovic even before Turn 1.

And while Pepe Oriola, having held off teammate James Nash in the first corner, then quickly reeled in and passed Borkovic for second, Pellinen was already in the clear.

Settling into second place, Oriola slowly but surely clawed the gap back to the race leader over the nine-lap event, and was within attacking distance in the dying seconds, but could only follow the Finn across the finish line at the chequered flag.

Borkovic stayed close behind the duo to pick up his second podium of the year.

Not having managed to keep up with the top three, Nash instead had to defend from Jean-Karl Vernay - and would be punted off by the Leopard Racing Volkswagen at Bus Stop.

With Vernay picking up a penalty as a result, Mat'o Homola inherited fourth behind his teammate Morkovic, while the WestCoast pairing of Gianni Morbidelli and Kevin Gleason moved up to fifth and sixth - points leader Morbidelli having started at the back.

Davit Kajaia took seventh, with a recovering Nash holding off teammate Sergey Afanasyev, who had stalled at the start, and guest driver Antti Buri for eighth.

The final lap of the race saw a nasty crash at Blanchimont for Attila Tassi, who suffered a puncture and went straight on into the wall, but managed to escape the shunt seemingly unhurt.

Reigning champion Stefano Comini, meanwhile, was ruled out of contention even before the start due to a driveshaft issue.