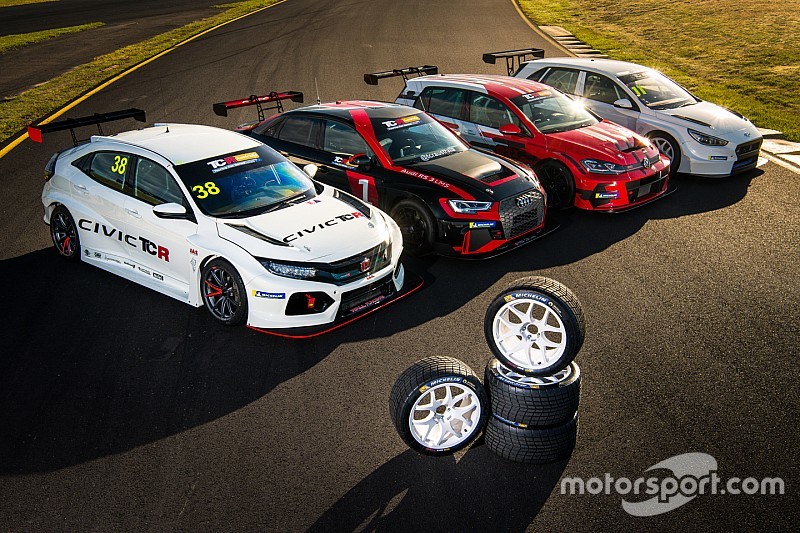 TCR Australia has announced that it will run a privateer cup for its augural season, backed by tyre supplier Michelin.

The Michelin Cup will cater for non-professional drivers, organisers to assess the credentials of each new entrant to determine eligibility.

The winner of the Michelin Cup will be decided as part of the overall points package, rather than with a separate points score or structure.

“The TCR formula is designed to encourage the best race drivers to compete in a cost-effective, even and competitive field,” said category manager Matt Braid.

“Touring Car racing is cut-throat – the cream rises to the top – but we understand that for some, racing cars comes second to business pressures and lifestyle choices.

“So along with our great tyre partner Michelin, we are encouraging racers of all types, whether they are professionals or private concerns, to have the chance to compete at the level that they choose.

“There will not be a separate championship or points scoring structure, simply reward for those who are not considered as professional in the competitive world of motorsport.

“We’ve enjoyed some great feedback since we officially launched the series, and it was apparent that for our first year, we are going to attract a wide variety of drivers, and Michelin was also very supportive of this, so were are pleased to have the Michelin Cup as a part of TCR Australia in 2019.”

TCR Australia will kick off its inaugural season next May at Sydney Motorsport Park.