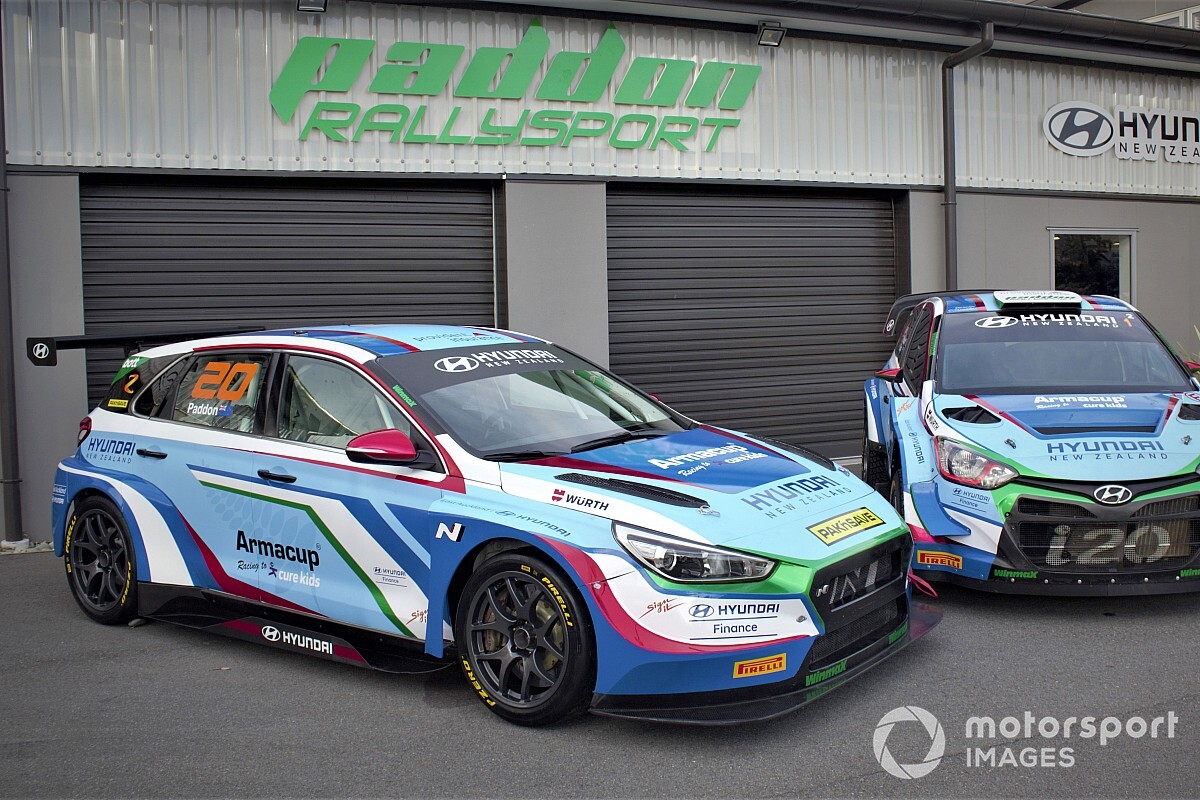 WRC rally winner Hayden Paddon will race in the new-for-2020 TCR New Zealand series, in a Hyundai run by his own team.

Paddon Rallysport Group took delivery of a TCR-spec i30 earlier this year, the Kiwi using it to help sharpen his tarmac skills as he looked to work his way back to into a regular WRC seat.

With testing miles at Highlands Motorsport Park, where PRG is based, under his belt, Paddon has now elected to enter the Hyundai for the first three rounds of the new TCR NZ season.

It's PRG's second significant announcement this year, the team having confirmed back in August that it is developing a world-leading all-electric rally car based on the Hyundai Kona.

Paddon's first proper circuit racing campaign will kick off at PRG's home circuit on January 17-19, followed by races at Teretonga and Hampton Downs on the next two weekends.

“TCR is a successful formula and it has take off all around the world and it exciting for me to confirm that I will contest the opening rounds,” said Paddon.

“It offers an even playing field between different cars and different drivers and it has proven to be a formula that is working.

“Our team decided to get involved because we’re trying to branch out and look at new horizons. It’s the chance for the team to develop, try new avenues in the sport and continually push to get the most out of ourselves.

“I’ve done no circuit racing at all. Our race team is based at Highlands, so I’ve had the chance to drive plenty of different cars on tarmac, but never on a race track with other cars around me, so obviously there is going to be a lot to learn.

“I’m really excited for the challenge. We want to go out and enjoy ourselves, but at the same time, it’s a chance to learn a new discipline of the sport. I’m really looking forward to it.”

The 2020 TCR NZ season will run over five consecutive weekends, starting with the Highlands, Teretonga and Hampton Downs rounds, and finishing with trips to Pukekohe and Manfeild.

Paddon, meanwhile, hasn't made a single WRC start this season. An initial one-off deal with M-Sport for Rally Finland was cut short when he crashed heavily during pre-event testing. He was then set to return to the Ford squad for Rally Australia, only for that event to be cancelled due to bushfires in the Coffs Coast region.