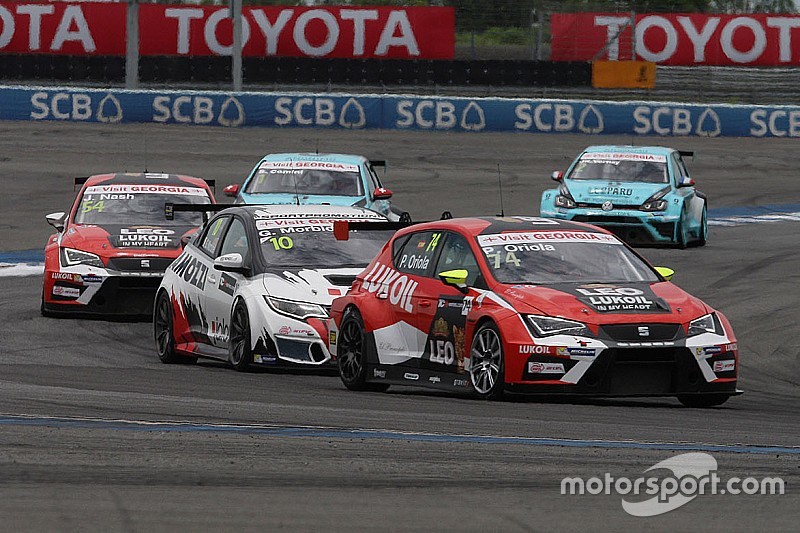 After his incredible weekend in Thailand, James Nash currently leads the drivers’ championship by seven points over teammate, Pepe Oriola.

Team Craft-Bamboo Lukoil is aiming to build on their drivers’ championship lead at the Marina Bay Circuit in Singapore to ensure that they are in a dominant position heading into the penultimate round of the championship in Malaysia, next month. After his incredible weekend in Thailand, James Nash currently leads the drivers’ championship by seven points over teammate, Pepe Oriola. The Spaniard is closely followed by season rival Stefano Comini, who is a scant three points behind in the standings. With only ten points separating the top three at this late stage of the season, it will make for a dramatic battle as the TCR International Series supports the F1 under the floodlights for the second time this year.

After Nash’s brilliant performance in Thailand, he will be looking to continue with his winning form in Singapore. However, Nash will be fighting an uphill battle as he will be carrying the full 30kg of success ballast. The drivers’ championship leader has never raced at the famous street circuit before, which will provide another challenge; especially given the limited testing time on Friday. This shouldn’t pose a problem for Nash though, as he has continued to deliver exceptional results at new circuits throughout the season, thanks to his ability to quickly adapt and capitalize with brilliant starts in each race.

Oriola will also be chasing the championship top spot, and after some recent bad luck with his race two finishes, he needs a consistent weekend of points to help bolster his chances of overtaking his teammate and staying ahead of Comini. Oriola will be carrying 10kg less ballast than Nash, and after scoring a third place podium in race two last year in Singapore, his prior experience and love of the street circuit may give him the edge this weekend.

Sergey Afanasyev has remained strong in seventh position and could easily jump up a few spots on the ladder with a strong drive in Singapore. The Russian driver has been consistent with his haul of points in each race but is targeting the podium this weekend to revitalize his campaign and close out the rest of the season on a high. Afanasyev raced in Singapore in 2015, and with no ballast to hinder his performance he has the advantage over the top three drivers and could be in with a very good chance of scoring a podium or more at the Marina Bay street circuit.