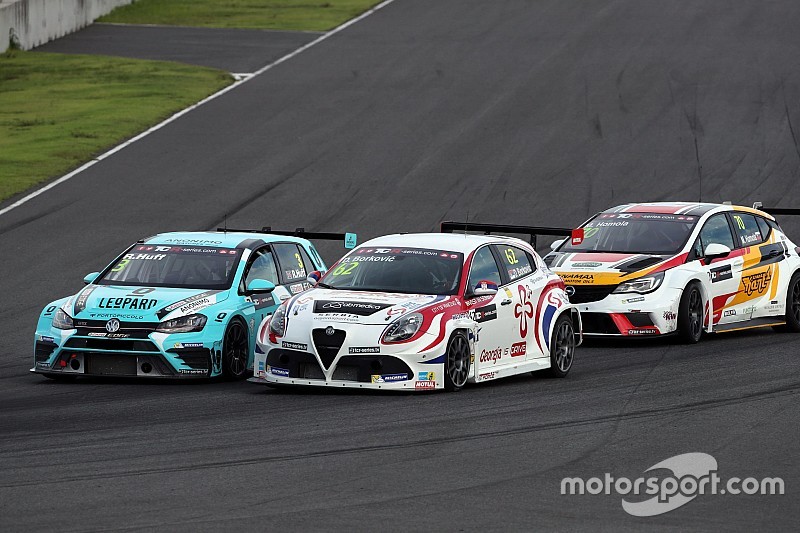 The eighth round of the TCR International Series yielded a podium finish for Romeo Ferraris.

The engineering from Opera (Italy), which is the technical partner of the GE-Force squad and the builder of the Alfa Romeo Giuliettas TCR, has taken second in Race-1 at Buriram, Thailand, thanks to a great charge of Dušan Borković from 11th to 2nd. The high potential of the Italian cars was evident from free practice, with the Serb posting the best time ahead of teammate Davit Kajaia, but in qualifying there was less luck. Borković, who had been fastest in Q1, suffered an accident at the end of the session, missing Q2. Kajaia also posted an excellent time, which was unfortunately cancelled afterwards because of a track limit infringement.

Following that, a leak oil stopped the car of Kajaia, which caught fire. Unfortunately, the fire fighters reacted slowly, which resulted in heavy damage and the need to change the engine, forcing the Georgian to start from the back of the grid. Still, Kajaia climbed back up to P8 in the first race, with Borković climbing from P11 to second. In Race-2, the Serb again performed well, from P13 on the grid to P8. Kajaia was having a similar race, but a punctured radiator meant retirement. The two now lie in 6th and 10th position, respectively, in the overall standings, with 108 and 65 points.

“The performance and speed of the car emerged immediately since free practice, with both drivers in the top positions. Unfortunately, as already happened in the past, we have been unlucky in qualifying, with Dušan’s accident and Davit’s issue impacting on our grid positions. The race results though prove again how much the Alfa Romeo Giulietta TCR has been growing and how effective the great work made at the factory over the winter and on track during the season has been. I’m proud of everybody’s performance and confident we can continue this trend of positive results in the forthcoming national and international events".