Hyderabad’s Jeet Jhabakh claimed a dominant win as the 2019 season of the rechristened Volkswagen Ameo Class got underway at the Kari Motor Speedway on Saturday.

After qualifying on pole position by a slender margin of 0.003s, Jhabakh pulled away cleanly from his grid slot to lead into turn 1.

There were changes right behind Jhabakh’s back, however, as front-row starter Pratik Sonawane lost two positions and Anmol Singh Sahil sprinted to second with a quick getaway from fourth.

As the race wore on, Jhabakh started pulling away from the rest of the field, and by lap 9 his advantage had exceeded two seconds.

He eventually crossed the line 3.642s clear of Sahil, who likewise enjoyed a comfortable run to second.

The battle for the last podium place was closely fought, with practice pacetter Saurav Bandyopadhyay and Sonawane dicing for final piece of silverware.

In the end, Bandyopadhyay held on to third place, but by just three tenths after fending off a persistent challenge from his Pune-based rival.

Jhabakh claimed the fastest lap of the race, being the only driver to dip into the 1m09s in the 15-lap contest.

Kris Nagdev, Ayush Tainwala and Shubhomoy Ball were the three retires from the season opener, the latter forced into a spin on the second lap by a rival on the approach to turn 1.

The second and third races of the Ameo Class will be held on Sunday along with other categories - most notably ITC - of the MRF MMSC National Car Racing Championship. 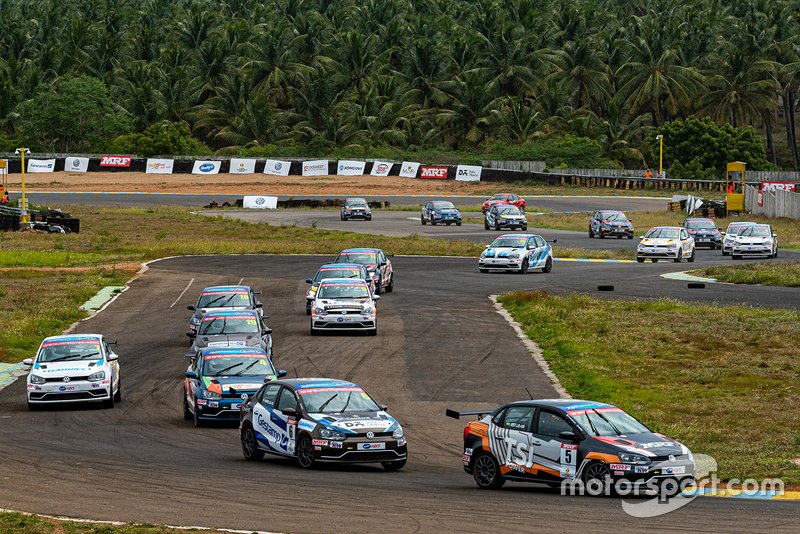 Data showed Rins “did nothing wrong” in Portugal MotoGP crash