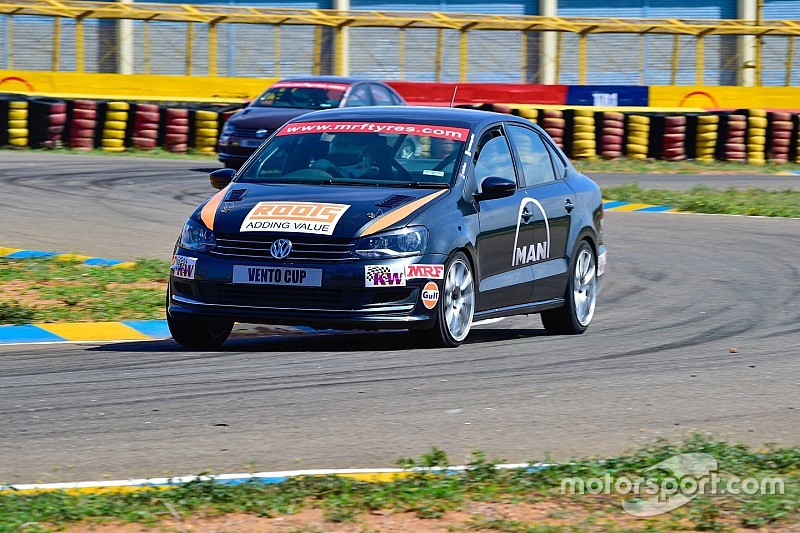 Seasoned racer Ishaan Dodhiwala took pole position for the opening round of Volkswagen Vento Cup in Coimbatore, beating the field by nearly a second.

Dodhiwala's time of 1m10.087s at the start of the session was enough for pole, with his rivals failing to break the 1m10 barrier.

Rookie Keith Desouza was 0.931s behind Dodhiwala, pipped last year’s runner up Karminder Singh by two tenths of a second.

Behind the top three, Aditya Pawar set the fourth fastest time of the session, 1.5 seconds off the pace, with Jeet Jhabak completing the top five.

Drivers qualifying between sixth and 10th were separated by just one tenth of a second, with Amit Mete coming on top in a close battle to book a spot on third row of the grid.

Younger brother of Sailesh Bolisetti, Eswar in his rookie season found time to get into the top 10 to finish 10th, after a slow start to the session.