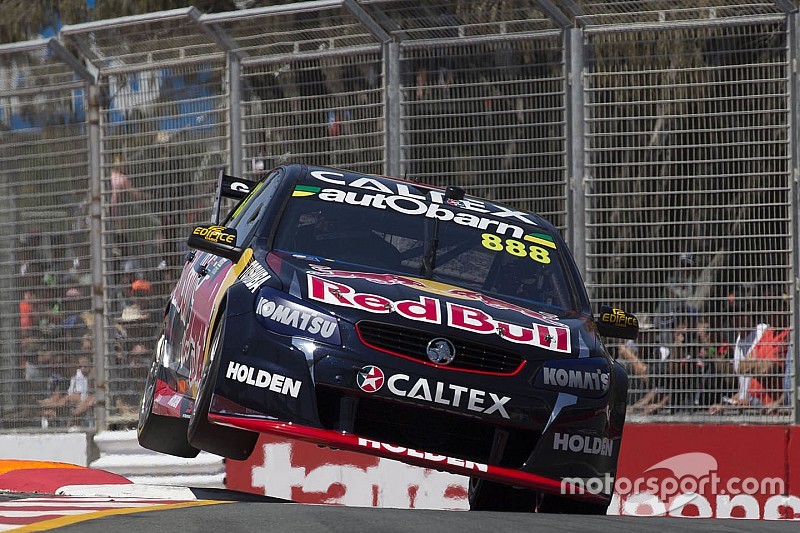 An elite panel from Motorsport.com’s editorial team has pieced together a list of the Top 10 Touring Car drivers in the world right now. Who made the cut? And more importantly, who is #1? Here, we reveal who finished from 10th to sixth.

Based on recent form, and the relative competitiveness of their respective series, list the 10 best Touring Car drivers in the world, ranked in order.

DM: Easy to still think of the Kiwi as a young driver, but in fact he’s 26 and made his V8 Supercar debut in 2007. Did a sterling job for Tekno, but at Triple Eight, his career is going to launch and he’s capable of providing Jamie Whincup with his toughest challenge yet.

AVL: The prospect of The Giz and Whincup fighting for the 2016 V8s title – as teammates – is mouth-watering.

CB: Ford’s Mr Consistency in V8 Supercars, and he seems to get better with age.

DM: Frosty is quality through and through… and actually getting better. Ford’s cornerstone in its closing years in V8 Supercars. If I wanted a Touring Car driver to race for my life, this would be the guy I’d choose.

AVL: Frosty fully deserved to (finally) be crowned a V8 Supercars champion in 2015. A top-line driver who has been a front-runner in a very competitive series for a long time.

SZ: To win a WTCC race in a Lada was truly a special feat; to do it twice was remarkable - and his racecraft is superb. Take Macau, for example. It's considered Huff's home turf because he has won there more times than anybody else.

JK: Still among the best drivers in the WTCC despite not having had the machinery to prove it lately with Lada, showing as much in a one-off TCR appearance last year at Macau. Should be a contender for wins again in 2016 with Honda.

DA: He has got better since he had to drive inferior cars and has helped Lada, for example, to improve and never become bolshy or a prima donna. The way he leapt into a TCR car at his beloved Macau (where he is a gun, granted) proved he is adaptable.

AVL: To be still be so competitive this far into his career speaks volumes about just how good Craig Lowndes is.

JK: It’s incredible to think he hasn't won a V8 Supercars title this century, but 17 years on from his last crown, the evergreen Lowndes remains one of the series' most formidable competitors – which says a lot in itself.

DM: The winningest driver in V8 Supercar history enjoyed an Indian Summer last year, but I wonder how he’ll cope with the pressure of partnering both Jamie Whincup and Shane van Gisbergen in 2016.

DA: In a BTCC car – and the accompanying environment – he is at home. No matter what the situation he will drag a better result out of a car, but after so many years in the BTCC it is debatable as to whether that pace would translate to another series.

JK: Love or hate him, Plato demonstrates his class time and time again, even if a third title continues to elude him. And without him, it's doubtful the BTCC would have become the TV spectacle that it is today.

VK: His divisive persona probably hasn't been terribly helpful in chasing a third BTCC title - but when the visor goes down, he is both the quickest and the smartest driver in the paddock.

NDG: Plato's two BTCC crowns are quite indicative of how long he's raced at a competitive level, coming nine full years apart. His 97 race wins are unmatched by any driver and at the age of 48, he came just 4 points short of title #3 last year.

To read part two and find out who we've named the best Touring Car driver in the world, click here.