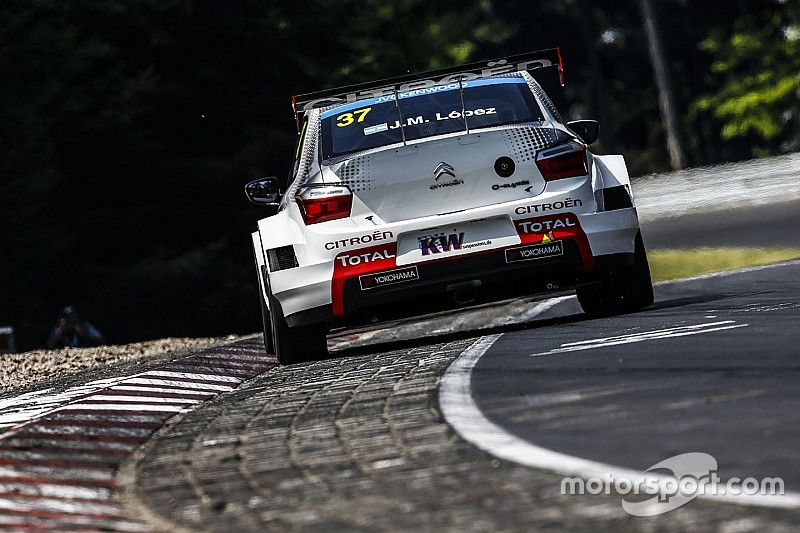 An elite panel from Motorsport.com’s editorial team has pieced together a list of the Top 10 Touring Car drivers in the world right now. Here we reveal our Top 5 – and name who we think is the best in the world.

Missed Part 1? Click here to find out who filled places 10th through sixth.

AVL: Incredibly committed, both on and off the circuit, to his craft and his career – to the point where he has learnt to speak German.

DM: I regard the 2004 Formula 3 Euroseries champ as a great lost open-wheel talent, and it’s cruel that he hasn’t seen that convert into year-on-year success in DTM, despite adapting his own driving technique so brilliantly, so quickly.

JK: Unfortunate to miss out on a maiden DTM crown last year, Green proved he still has the speed to mix it with the very best of them a decade on from his debut.

CB: How has he never won the DTM? Untouchable at times.

DM: One of the finest Touring Car drivers I’ve ever had the privilege to watch, and although he’s lost some of his pace at the age of 46, he’s still got the chops to threaten Citroen team-mate Jose Maria Lopez.

DA: In two-litre terms he is a star, but perhaps not as quick for ultimate pace as he used to be. Ignore him at your peril.

JK: If not for Lopez's virtuosity, Muller would in all likelihood be a six-time WTCC champion – and, you still get the feeling he would be the man to beat if the series were to revert to the old Super 2000 regulations tomorrow.

CB: Past his brilliant best, but still one hell of a wheelman.

NDG: With more WTCC titles and race wins than any other driver in series history, a highly successful BTCC career, and victories in both European Touring and V8 Supercars, he is a logical choice to be right up the pointy end.

SZ: He used to be the most versatile Touring Car driver out there, but then Jose Maria Lopez came along and outclassed him fair and square. Still, Muller has plenty of game, just not as much as in the past.

AVL: Absolutely dominant in the WTCC, but I have a couple of question marks over the competitiveness of the series.

DA: Okay, so he has had the best car, but he has also had to beat Yvan Muller who has been Mr. WTCC for years. Quick, few errors and unfazed by reputations. Where next, though?

DM: Just one of those guys capable of dealing with anything thrown at him by a track, a rival, or weather conditions. Whether he could mould his WTCC supremacy into the very different demands of a V8 Supercar or DTM car is open to question.

JK: He may have enjoyed the benefits of the best machinery, but Lopez can't be given enough credit for dominating Citroen stablemate Yvan Muller for two seasons on the trot.

VK: Sure, Citroen is the best car in the WTCC by a mile, but Lopez's teammates haven't exactly been pushovers – and he's completely obliterated them on his way to record after record. Nobody in any other touring car championship has looked as good as the Argentinian in the last couple of years.

CB: Found his sweet spot in the WTCC with Citroen, but don’t forget all his Argentinian titles too.

SZ: Not only unbelievably quick and very constant, he almost makes no mistakes. In short, he has become what Yvan Muller used to be.

DM: Apparently he’s as fast as he was when he first set foot in an Audi DTM car 15 years ago, which is highly admirable. In terms of longevity of quality, he is the Dario Franchitti of Touring Cars.

DA: If anyone else in the DTM paddock is as good a package as Ekstrom, I’ve yet to find them. Very fast, very experienced, very popular with the fans, consummate politician, well connected at Audi’s top level – and he wins races.

JK: In an era of DTM increasingly dominated by young single-seater converts, Ekstrom is living proof that experience and guile still count for something. Has never placed lower than eighth since his debut in 2001, and has featured in the Top 3 eight times.

VK: In this world nothing can be said to be certain, except death, taxes and Mattias Ekstrom running at the front in DTM. Other frontrunners falter, the young dethrone the old, but Ekstrom is still there, year after year.

CB: Twenty-one wins from his 15 years in the DTM, amazing his last title was nine years ago – well overdue another.

SZ: A pure racer that goes for the smallest of gaps, never to be counted out. He has been a major DTM player for more than a decade and should have more than just two DTM titles to show for it. His talent and raw speed make him one of the best – still.

AVL: For whatever reason, Whincup never quite gets the credit he should for the absolute dominance he has inflicted on V8 Supercars for the last decade. A genuine superstar, and well and truly worthy of being named the best in the world.

DM: Must be mentioned in discussions about greatest Touring Car drivers of all time. Not sure I’d say that about anyone else on this list. I still really rate team-mate Craig Lowndes, but once Whincup – 10 years his junior – arrived at Triple Eight, it was clear there was a new sheriff in town.

DA: His track record speaks for itself, but always in a Triple Eight car that has been the class of the field. Still, factor in his speed and consistency and he is the benchmark V8 Supercars driver.

JK: Not many drivers can claim to have comprehensively dominated any series in the way Whincup has in the last eight years, let alone a Touring Car championship. And, at 32, he's still young enough to make an impact on the international scene if he so chose.

VK: Did a spectacular, Sebastien Loeb-esque job killing intrigue in V8s for many years – and late 2015 form suggests he'll be doing it again from next season onwards.

NDG: Against a stacked field of formidable competitors, Whincup has managed to win a record six V8 Supercar champions and nearly 100 races. His record speaks for itself.