The company behind the TCR touring car format has revealed details about its 'E TCR' concept for electric touring cars.

WSC Technology, which is a subsidiary of the WSC Group that developed TCR, announced last Friday it had launched the E TCR concept for cars powered only by electric motors.

SEAT's Cupra performance brand showcased the first E TCR model with a rendering of its 'e-Racer' design on the same day.

The concept will be based around four or five door production touring cars, like existing TCR models, with a single-gear, rear-wheel drive transmission.

A common supply package of motor, gearbox and inverters, as well as a battery pack, will be distributed by WSC Technology and will be adaptable to cars including those already built to TCR regulations.

The battery will have a energy capacity of 65kWh.

"We wish to thank Seat for embracing the concept and building the Cupra e-Racer, which is the first car totally in compliance with the E TCR technical regulations," said Marcello Lotti, the WSC Group's president and TCR founder.

"Our group feels to have a sense of responsibility towards the whole touring car racing scene and so consequently could not ignore the trends of developing new technologies.

"We will be working on the same technical principles that made TCR so successful, with the aim of creating a platform for this new configuration."

"We are delighted to present the Cupra e-Racer at the Geneva Motor Show," said Jaime Puig, head of Cupra Racing.

"Developing an entirely new car, with a technology new to us, has been an exciting challenge.

"While we sought externally the specialised competence we needed, we are proud of having achieved this project entirely at Cupra Racing and of playing a pioneering role in the E TCR concept, just as we did in the TCR process with the Seat Leon TCR.

"The new E TCR is a real revolution, which not only will lead to a new breed of racing touring cars but will also challenge the motorsport community to rethink touring car racing completely."

Last year, Jaguar launched the one-make I-PACE Trophy that will support Formula E during the 2018/19 season, which is expected to be the first race series for production-based electric cars.

WSC said it plans to organise "promotional and media events" this year before launching a series. 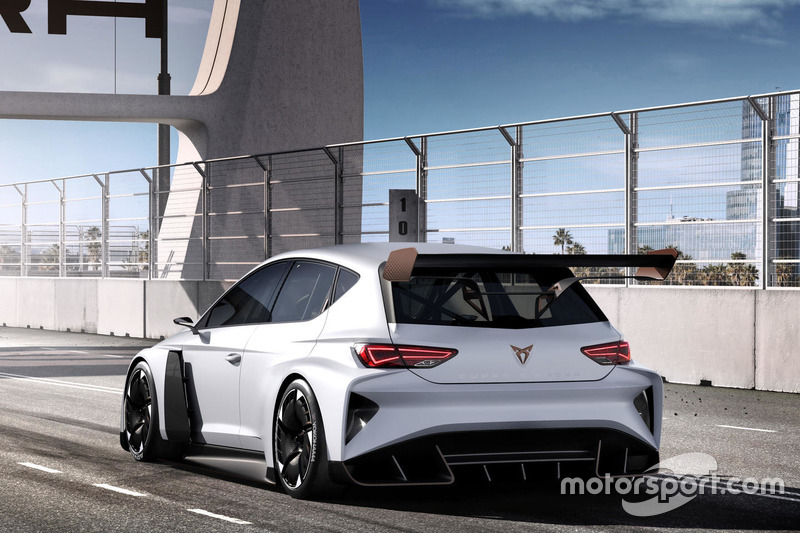